Despite Its Faults, I Endorse “Jurassic World” 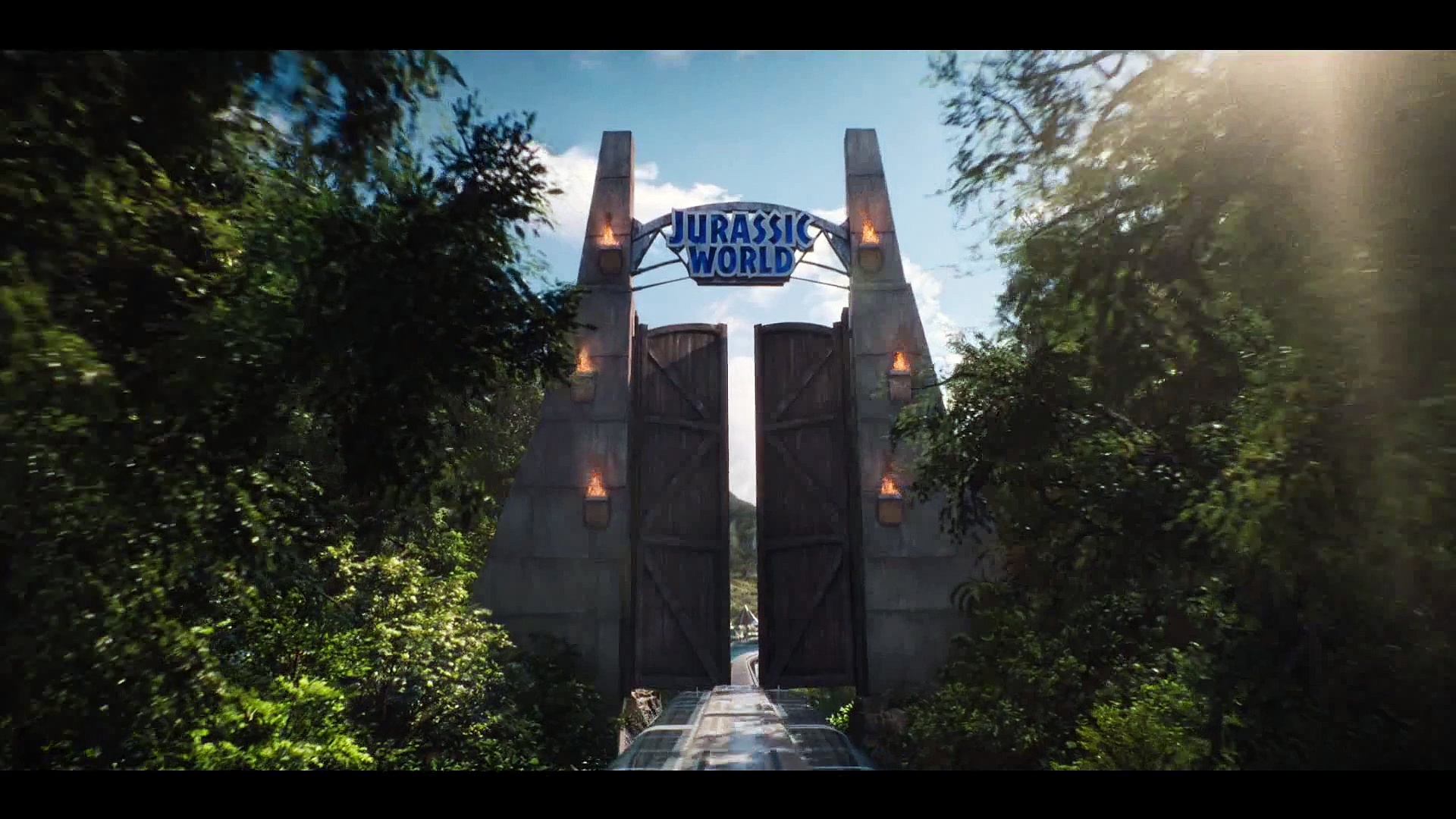 When I left the theater last night after seeing Jurassic World, I knew two things: one, I was overwhelmed, and two, I needed to sleep on it before writing this review. 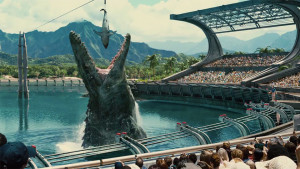 I don’t think it’s too far off for me to say that Jurassic Park is my generation’s Star Wars. Yes, you can argue that they’re on different levels, but that’s not the point I want to make. Because Jurassic Park was so important to so many people – including myself – it’s really difficult to view Jurassic World through eyes unclouded by nostalgia. And after seeing the movie, it’s hard to believe the director wanted people to see it otherwise.

From the familiar music that swelled as we got our first view of what is essentially Disney World with dinosaurs, to control-room worker Lowery’s Jurassic Park t-shirt, to the brothers Zach and Gray stumbling on the original park’s welcome center (and even utilizing one of the old Jeeps!), Jurassic World was heaped with nostalgia and personally, I didn’t regret one moment of that.

That said, unfortunately the movie was a bit slow to start. For every moment they had that set me on the edge of my seat, thinking, “Yes! Things are about to start happening!” there was then scene after scene that had me wondering if anything would ever happen. I think the biggest part of the problem was that the characters of Zach and Gray were at best predictable and at worst, annoying…although Simon Masrani wasn’t much better. If their goal was to out-Hammond John Hammond, well, they fell short – Masrani wasn’t as whimsical as the original movie’s John Hammond, nor was he as cold as the book version of that character. 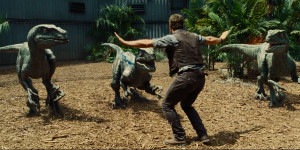 Speaking of book characters, BD Wong returned as Henry Wu, and boy was he an interesting inclusion. It almost felt as if they’d rewritten his character from the first movie, adding a lot more of the traits he had in the Jurassic Park novel. Perhaps they meant to show that his sense of self-preservation had evolved after what happened to the first park, but if so they didn’t do the best job of portraying it, and therefore this new version of movie!Henry Wu felt more than a little bit off.

Despite the aforementioned questionable characters, there were still some great ones in this film. While Chris Pratt’s Owen was simple and straightforward, it’s impossible not to like the guy who can train raptors (no matter how ridiculous that concept sounds). And Bryce Dallas Howard was amazing as Claire…though the sight of her hiking and running around in those stilettos was cringe-worthy, the fact that she was a hero in her own right (and not constantly depending on Owen) was refreshing. Now if only her nephews had seen that – when they said, “We want to stay with you,” and she replied that she wouldn’t let them out of her sight, the response was along the lines of, “Oh, not you, Owen.” Listen, I get that they’re boys, but they’d just seen their aunt rescue Owen from a dimorphodon! 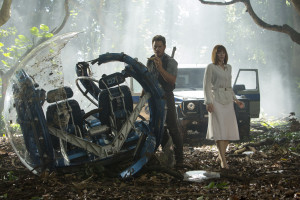 Nor was that the only time I rolled my eyes over other characters’ treatment of Claire. The entire phone conversation she had with her sister – the whole, “Oh I know you’re a career woman who says she might not want kids, but of course you’ll have them some day, it’s worth it!” bit got old a long time ago, and is never a necessary inclusion.

As for the real ‘meat’ of the movie – that being the dinosaurs, of course – well, I guess at this point I feel like nothing will ever stack up to the beautiful near-simplicity of the original. In fact, it was almost as if the writers were throwing the concept of the Indominus Rex at viewers the same way the park was planning on using it for guests. It’s new! It’s big! It’s scary! It’s NOT EVEN A REAL DINOSAUR!

Really though, I’m with Owen on that last bit, but at the same time I admittedly kind of enjoyed the Indominus Rex story line. Somehow, despite the fact that it was a “dinosaur cooked up in a lab”, it didn’t feel as ridiculous as the Spinosaurus in Jurassic Park III. To be honest, Jurassic World had me from the moment I first heard that familiar music, and it really had me when it turned out that the Indominus Rex was part raptor, causing Owen’s “pack” to turn on him. The problem is, it lost me again when the raptors essentially came back to him.

I also spent most of the movie wondering when the T-Rex would appear to wreak some havoc, and I wasn’t disappointed when it finally did…though the idea of the raptors realigning themselves with Owen, and then also basically ‘teaming up’ with the T-Rex to take down the Indominus Rex, was silly at best. When followed by the Mososaurus leaping out of the water to finish the job, that whole scene ended up a bit silly in the end. And yet they still topped it with that last, cheesy shot of the T-Rex climbing up onto the helicopter pad to look out over its ‘kingdom’ and roar.

So should you go see Jurassic World? Even after all that, I say yes. Resoundingly. See it for the blockbuster qualities, see it for the nostalgia, see it for the female lead (even if, at times, she’s not treated as such).