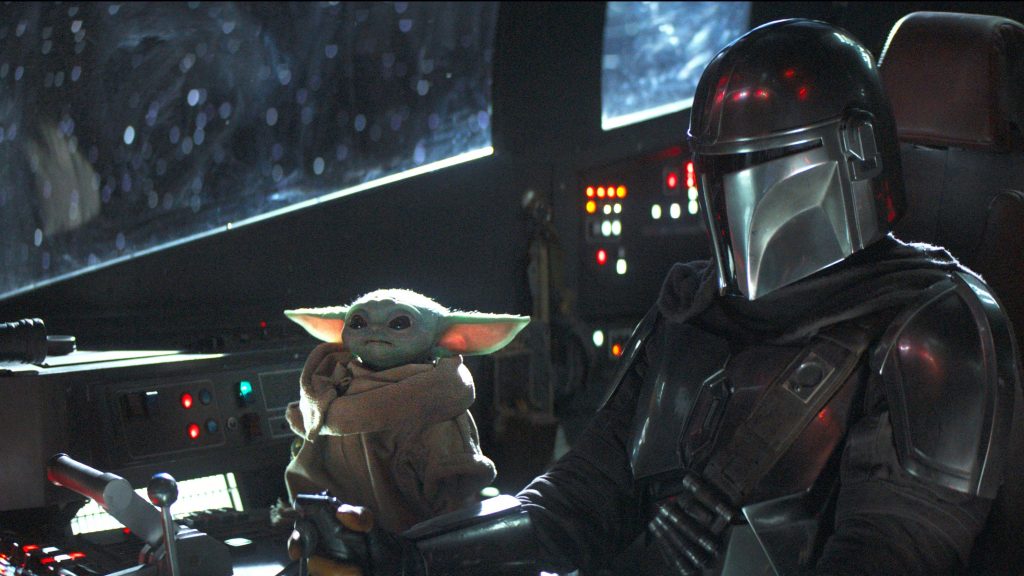 Somehow Baby Yoda gets cuter and cuter every week.  “Sanctuary” has turned the adorableness up to eleven.  But the rest of the episode marked a fairly significant tonal shift. 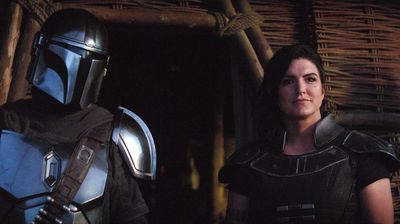 “Sanctuary” felt like a side quest, whereas the first three episodes felt like one consistently flowing movie that was all tied together.  This tonal shift makes we worry that Cara Dune won’t be as significant of a player as I was hoping she’d be.  She has a Funko POP!, but her story began and ended in just this episode.  But IG-11 has one, too, and he was finished with his plot even faster than she was.

There’s a chance both of these characters could come back, of course, but I’m just sort of amazed that at the halfway point of season one, they’ve each only featured in a single episode.  Marketing for the show seemed to portray them as much more important than they have been so far.

That said, I’m still on Team Cara Dune.  Bring her back.  Please.

This episode was directed by Bryce Dallas Howard, actress and daughter of actor-turned-director Ron Howard.  I’m not sure how much of the different vibe of the episode is her doing, and how much was simply what was on the page.  The first three episodes felt like they were well coordinated to flow together, whereas this one had a jarring episodic feel.  All four episodes were written by Jon Favreau, though, so make of that what you will.  The directors of the first three episodes (Dave Filoni, Rick Famuyiwa, and Deborah Chow) will all be doing episodes in the back half, too, but this is Howard’s only one.  (Fun fact: the last episode will be directed by Taika Waititi!).

I’ve seen people compare the feeling of the episode to Clone Wars.  The plot is very similar to both the two-episode arc involving the Lurmen villagers, as well as the three-part Ryloth plot.  Both featured innocent villagers caught up in the larger war that they aren’t really involved in.  The Lurmen plot even involved villagers learning to fight back against their foe.  So the comparison isn’t without merit.

Other things I’ve seen this compared to are Star Trek, Firefly, and Xena.  So basically, episodic television.  Not film.  That’s essentially what it boils down to.

All that said, the episode wasn’t exactly bad just because it felt different.  In fact, a lot of people on both Reddit and Twitter have been saying it’s their favorite episode to date.  I don’t think we can top last week’s episode, but that was an insanely high bar to set.  While others have dubbed it ‘the best yet,’ I’ll settle on ‘it was good,’ and hope we get back to a more cinematic feel in the final four episodes.  That is much more my speed.

“Sanctuary” did explain a lot of Mandalorian backstory, though, which I’m grateful for.  Dyn Jarren may not be ethnically Mandalorian, but he was adopted into a clan as a foundling and is thus culturally Mandalorian.  This confirms once and for all that the Mandalorians of Disney’s canon (as opposed to Legends) is also a cultural identifier instead of just a genetic one.  So far in the Disney confirmed properties, that’s been left to debate, not having been contextualized one way or another.

So does that mean Baby Yoda can be a Mandalorian foundling?  God I hope so.  Give the baby some armor.  CAN YOU IMAGINE?

A bit of Mandalorian lore that’s now in question, though, is the tradition of not removing ones helmet in front of others without basically giving up being a warrior.  This is not the case in Star Wars: Clone Wars, which Disney has confirmed as part of their canon.  This could, however, be something unique to his tribe.  Or it could be something new that came about after whatever the heck the ‘Great Purge’ is.

It also confirms that they can take their helmet off to eat and, presumably, shower.  Which, uh, is something that has taken up more of my time in various chat rooms than I care to admit to.  We were worried that our beautiful Pedro Pascal would be quite stinky if he couldn’t take a proper shower, okay?  It’s important!  Stop judging me, guys.

But let’s get to the gut of “Sanctuary,” which is, of course, the exponentially increasing cuteness of Baby Yoda (who, by the way, we still don’t have proper merchandise for yet. See: Update #1 and Update #2 (Stay tuned for more updates, though, because I’m hearing some things)).  We start off with an amazing scene in Razor Crest where Baby Yoda just can’t stop himself from pressing all the buttons, to the Mandalorian’s chagrin.  I’m not proud of the sounds I was making during these moments, but I’m not going to deny that it got me good.

And we get a nickname!  He calls Baby Yoda a little ‘womp rat,’ and I’m totally here for Dadalorian having nicknames for his foundling son.  Please please please, more of this.  I am SO WEAK for Dadalorian.  Between this and my obsession with Aizawa, it’s time to admit I have a thing for stories about badass dudes who take care of kids.

And this is why the moment where he considered leaving his foundling son behind nearly broke me.  You don’t understand how traumatic those few seconds were before it became clear that he needs to stick with the child to protect him.  There’s a bond there, whether he wants to admit it or not.

In the moment, though, maybe he was doing what he thought was right for him.  He clearly enjoys his chosen life and it’s not very compatible with child rearing.  He even had a chance to remove his helmet and settle down, but he refused.  It makes sense that he’d consider leaving him with a farming community that could give him a decent life.

But no.  No, I do not accept.  He’s your child now.  You gotta care for the little womp rat.

We’re heading into the last half of the season now and things are looking good.  I have faith in this show and look forward to what more it has in store.  Just give us same damn toys, please.  Thank you.