‘Midnighter and Apollo’ Issue 2: The Light Goes Out – Lucas Gets Ready For A Perilous Journey! 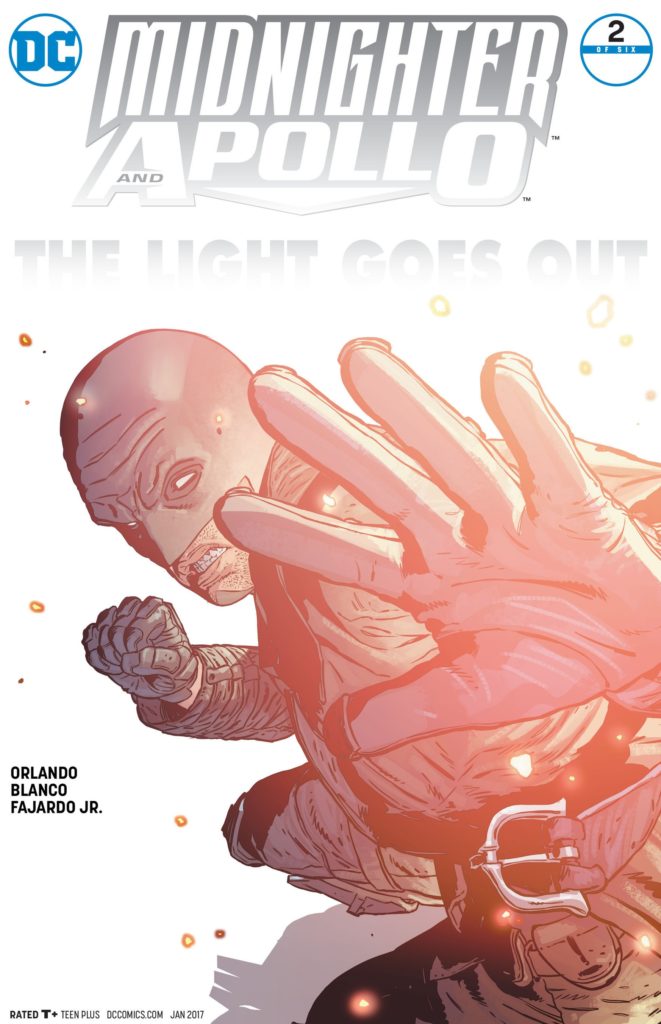 Midnighter and Apollo Issue 2: “The Light Goes Out” shows Lucas facing a huge challenge in order to save the love of his life.

This post contains spoilers about the events that transpired in Midnighter and Apollo Issue 2: “The Light Goes Out”

Issue one of the current miniseries showed Midnighter finally catching up to Bendix. However, it also ended with Apollo getting shot by Mawzir. In order to excite fans, the official blurb for issue two read:

“Midnighter’s got Henry Bendix in his hands at last—but will he have to let him go in order to join Apollo’s battle against the deadly Mawzir?”

I couldn’t help but smile when I first read it. Of course, Midnighter was going to do everything he could to save Apollo! And that’s exactly what Lucas did in “The Light Goes Out”. He ran as fast as he could to be at Apollo’s side. But not after throwing a stapler into Bendix’s neck.

Even though Lucas couldn’t kill Mawzir he made up his mind to save Apollo. I enjoyed how he refused to believe that Apollo was actually dead even though his friend Marina told him to accept his loss. In the end, Lucas decided to get help from Extrano and made up his mind to go to Hell. Yes, that is right. A gay superhero is actually going to Hell in order to save the soul of his boyfriend/husband-to-be. Furthermore, the reason behind Apollo’s light not extinguishing while suffering in Hell has to do with the fact that he won’t forget Lucas. So, while Lucas is trying to find a way to get to Apollo, he too is waiting for him.

Steve Orlando, a bisexual man himself, has been quite vocal about his passion when he wrote the Midnighter solo series. The same passion can be felt in the current miniseries which actually is a continuation of the solo that was canceled. “The Light Goes Out” made it obvious that Apollo and Lucas’ love for each other transcends the laws of life and death! That is quite a powerful statement to make even if it is in the world of comic books.

Their strong bond reminded me of the one that Wiccan and Hulkling share. Let’s see what the third issue has in store for the titular characters.

Have you read Midnighter and Apollo Issue 2 “The Light Goes Out” yet? What did you think? Let us know.