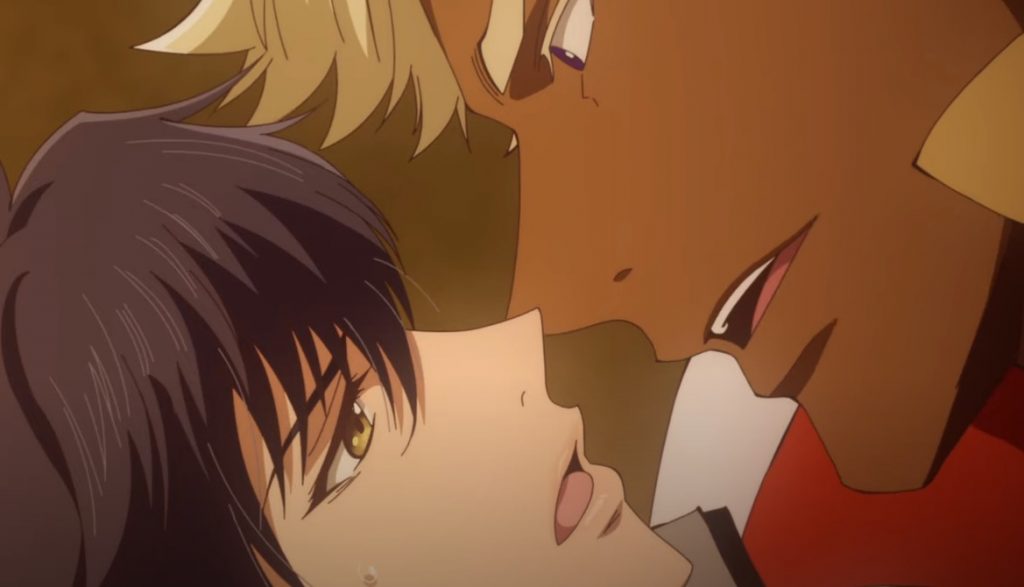 Frankly, I wish I never knew that The Titan’s Bride manga existed. But what’s done is done. So, I’m going to tell you about it, too. The Titan’s Bride anime will premiere on July 5, 2020, and you all better be ready for the craziness this story features!

According to Anime News Network, The Titan’s Bride (or The Giant’s Bride) anime will premiere on Tokyo MX come Sunday, July 5, 2020, as the latest ComicFest Anime title. In addition to the regular broadcast edition of the anime shorts, a complete “premium edition” with explicit scenes will be available to stream on the ComicFesta Anime website. Yes, you read that right, explicit scenes. I binge-read all available chapters of The Titan’s Bride manga last night and my life hasn’t been the same.

Here’s the promotional video that was released on the official website for the anime shorts of ITKZ’s boys-love manga The Titan’s Bride (Kyojinzoku no Hanayome)!

For those interested, the story deals with high school basketball player Koichi being magically teleported to another dimension while self-pleasuring. Turns out, he’s been teleported by a young Titan named Caius who wants Koichi to be his wife for the prosperity of his Kingdom. What follows is Caius doing his best to make Koichi fall in love with him as well as Koichi exploring his sexuality (complete with trying to figure out how to take in Caius’ giant member without dying. Koichi is the Ultimate Bottom, I tell you!).

Of course, the magical land Caius is from has its own culture and a lot of stuff for Koichi to understand, but it all always comes back to finding a way to bear a child. It’s a damn mess and I’m so here for it!

Feel free to leave us your thoughts if you’re already familiar with this manga.

My reaction and review video of The Titan’s Bride season 1 episode 1 is below.