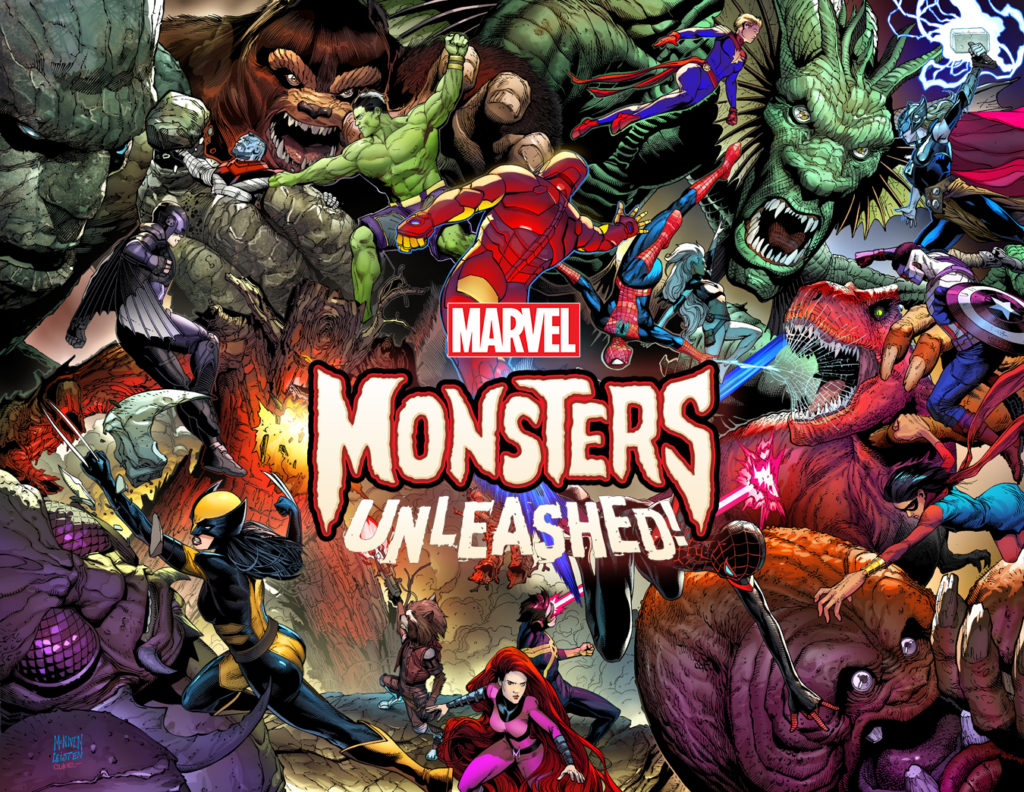 Monsters Unleashed is Marvel’s latest epic crossover event, and they are pulling out all of the stops.

Beginning in 2017, Monsters Unleashed will find Marvel heroes uniting to save the world from the sudden influx of monsters. Monsters from throughout Marvel’s extensive history and universe will rise up and attempt to destroy the planet, and Marvel’s top artists have been tasked with introducing six new creatures to the fray.

It’s all hands on deck as the Avengers, the Champions, the Guardians, the X-Men the Inhumans and more make their desperate stand against armies of towering beasts of destruction! With 6 powerful new monsters standing in their way, do they stand a chance? Something big is coming to the Marvel Universe – and it’s happening in MONSTERS UNLEASHED #1 – smashing in to comic shops everywhere on January 18th 2017!

“Everything about this story is massive – the scope, the stakes and, of course, those incredible monsters,” says Marvel Editor-in-Chief Axel Alonso.  “Five action-packed issues celebrate Marvel’s past, present and future, as one new, unforgettable character and several brand-new monsters – created and designed by Cullen Bunn, the five artists and a few surprise guest artists – arrive to leave an indelible mark on the Marvel Universe.”

I’m still a big fan of Spider-man fighting that T-Rex in the promotional art, but I’ll admit that some of these new monsters are pretty flippin’ awesome. But still, who or what has gotten these beasts out of hibernation? Where are they coming from? Why are they attacking? What is going on in the Marvel Universe?

“Monsters Unleashed is a love letter to Marvel’s history,” says Marvel SVP Sales & Marketing David Gabriel. “So we wanted to do something fun for our six new monsters. Being the massive Marvel fan that he is, Cullen had already come up with statistics, power rankings and factoids about all of them. We couldn’t resist the opportunity to create some fan-favorite Marvel Universe trading cards for the big reveal!”

Check out the six new monsters who will be making their Marvel debut in Monsters Unleashed: 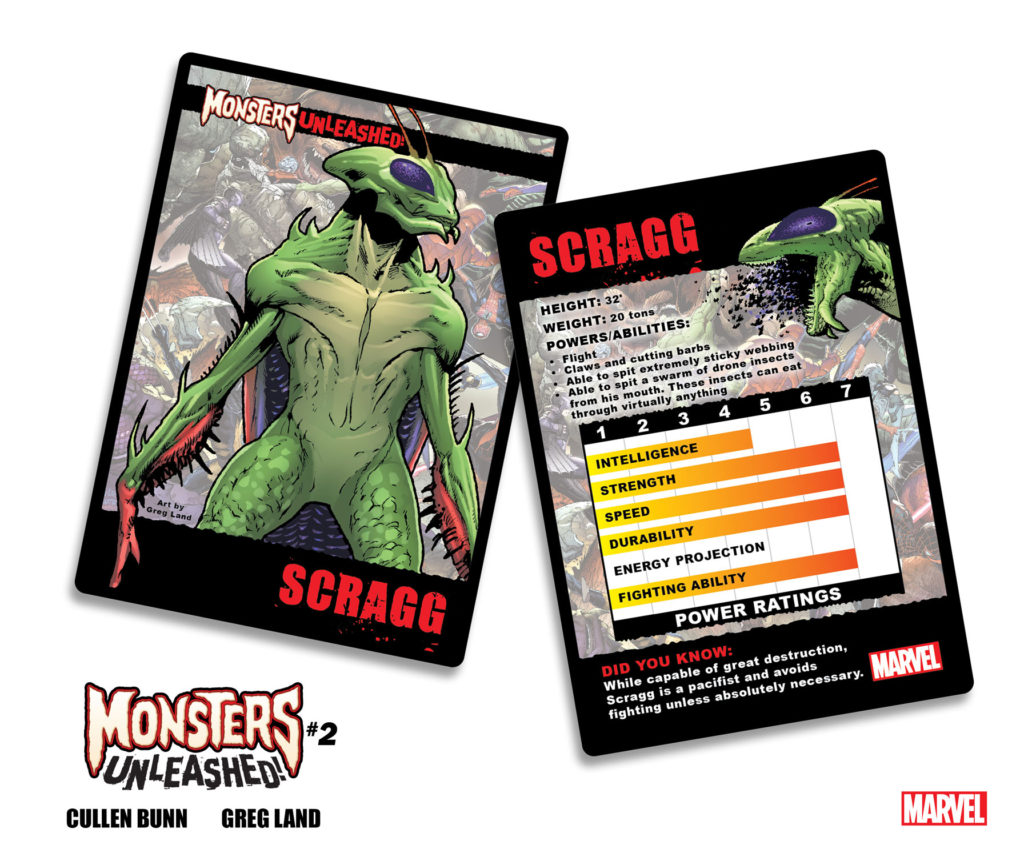 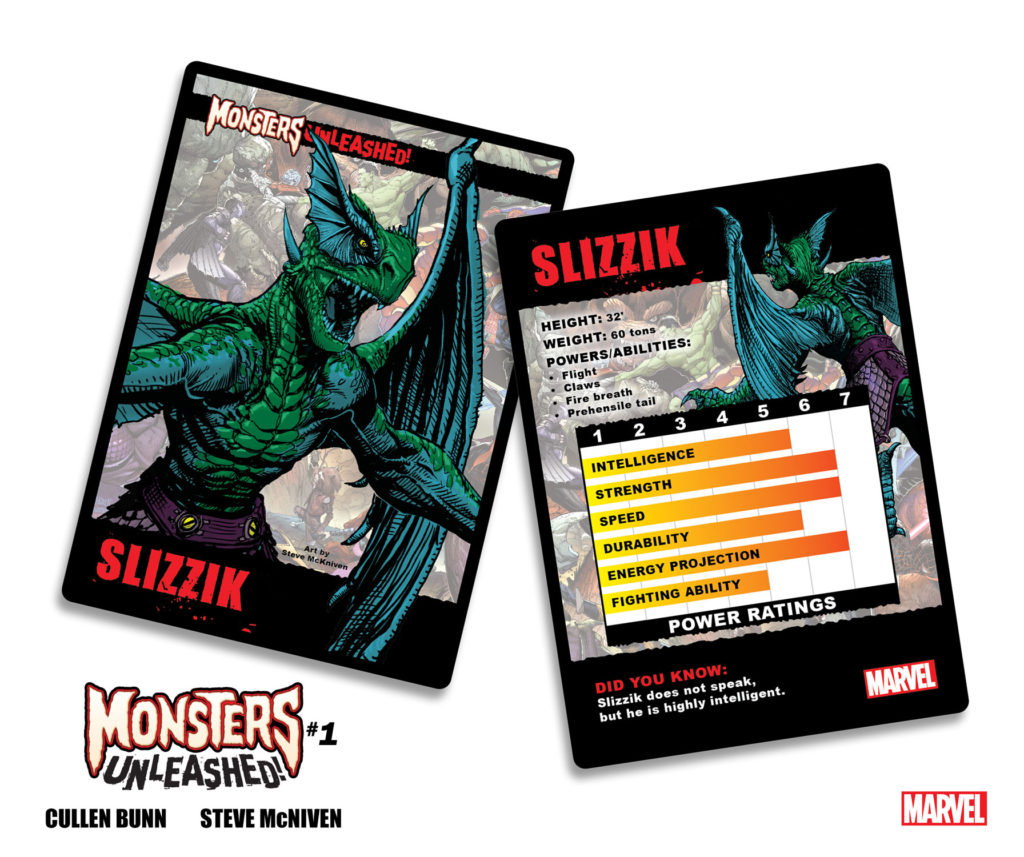 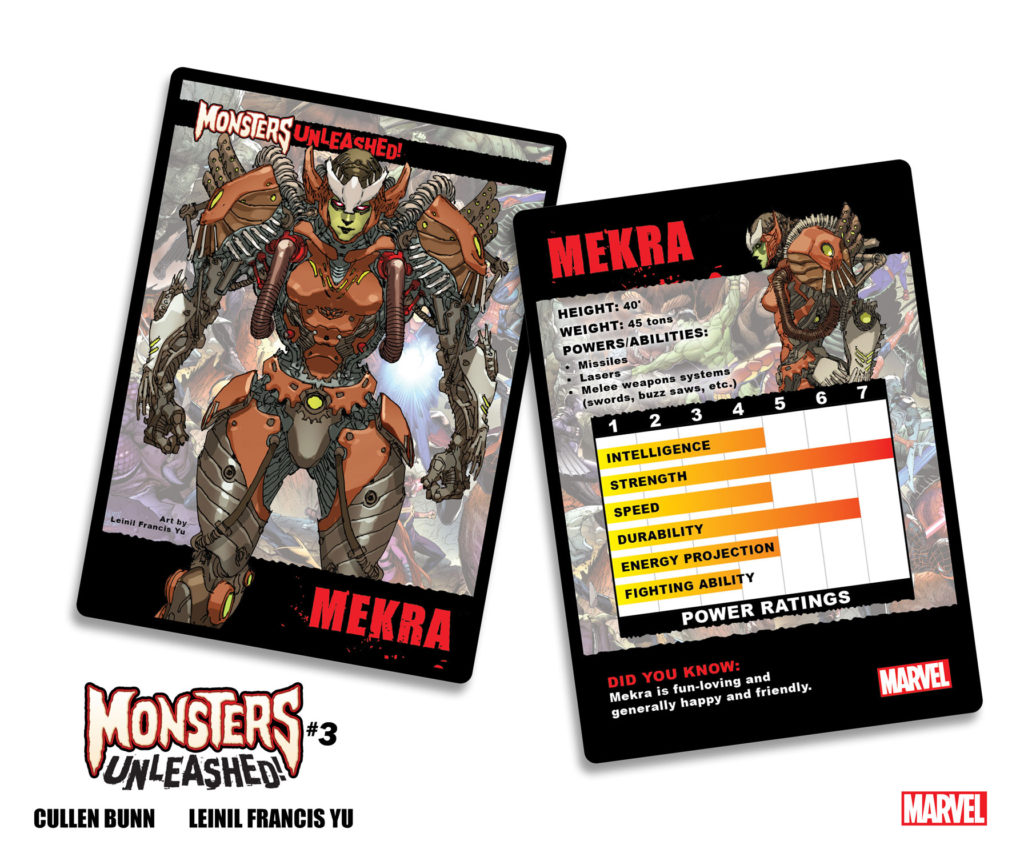 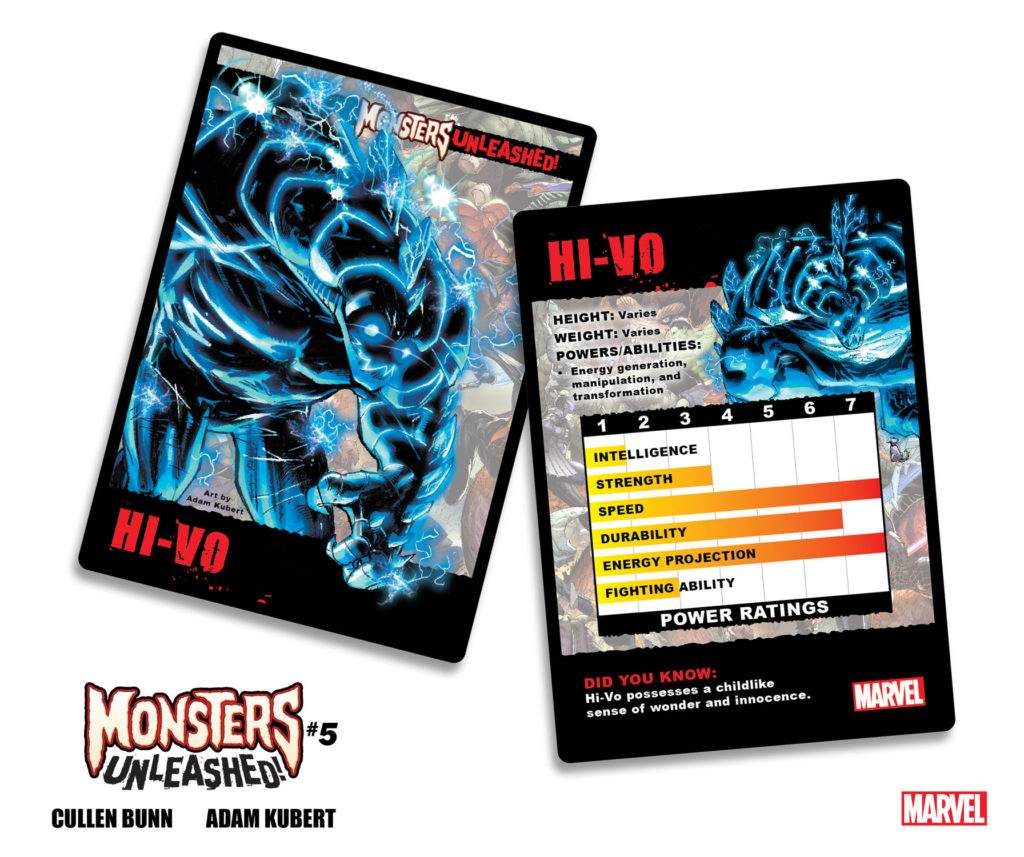 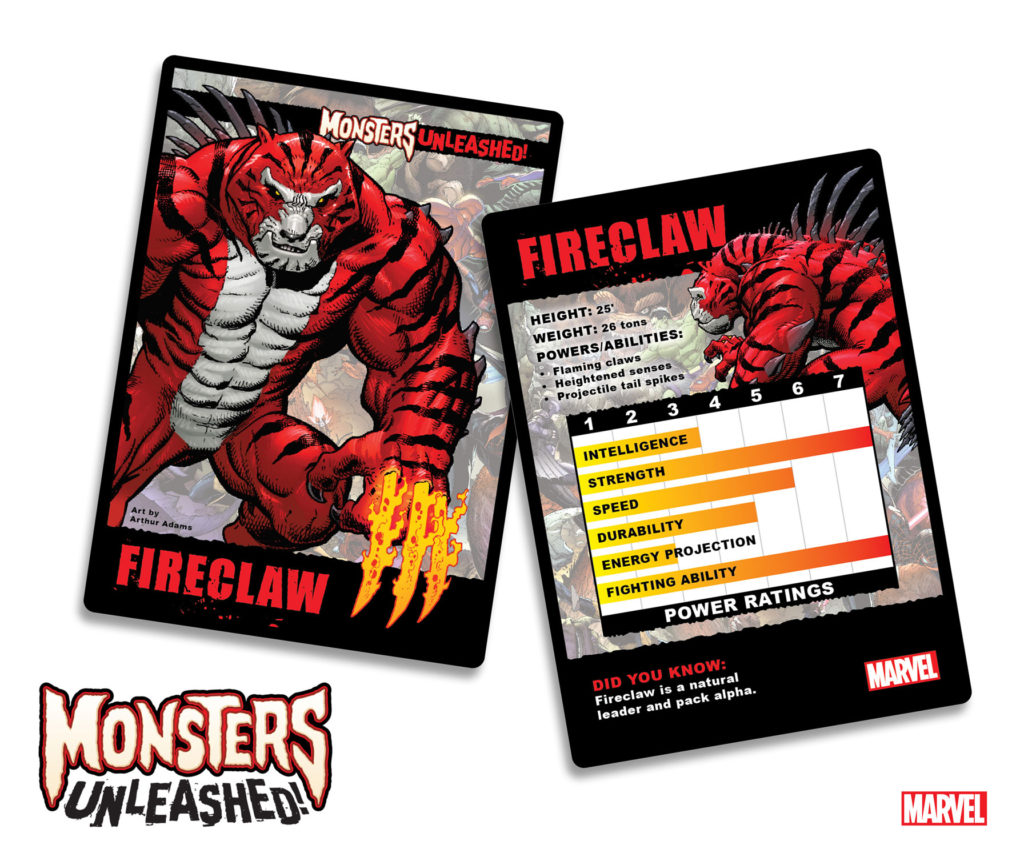 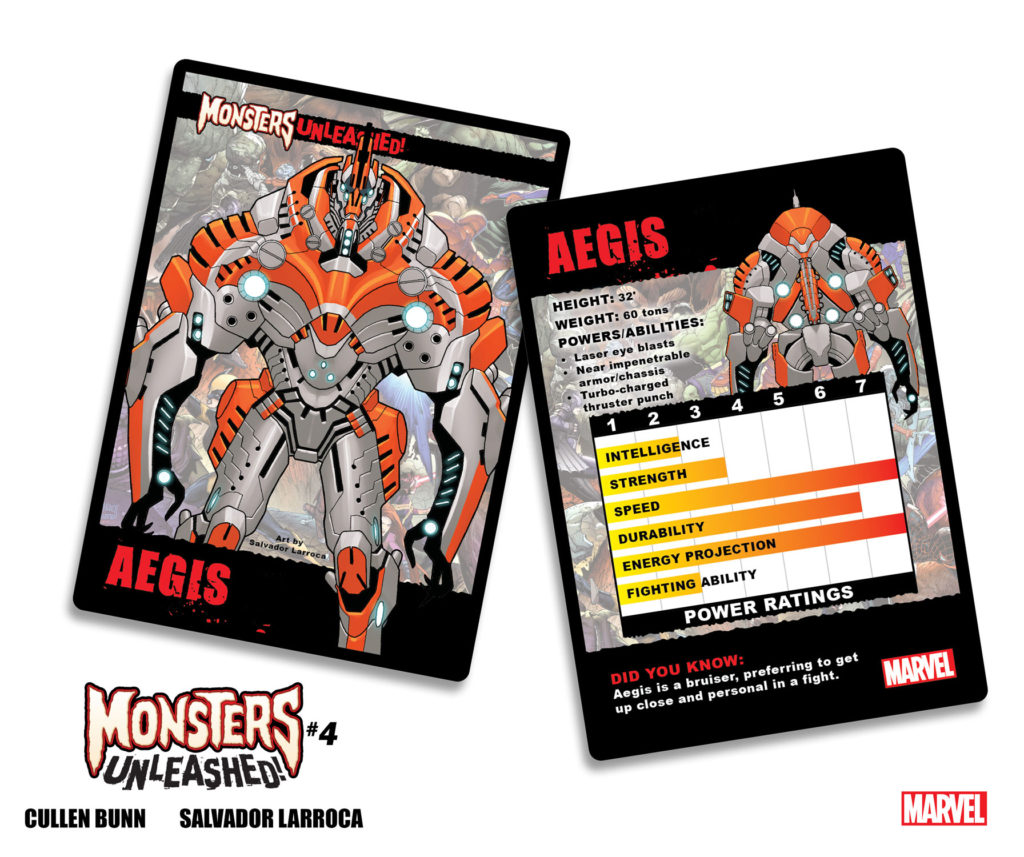 After seeing these images, will you be checking out Monsters Unleashed?