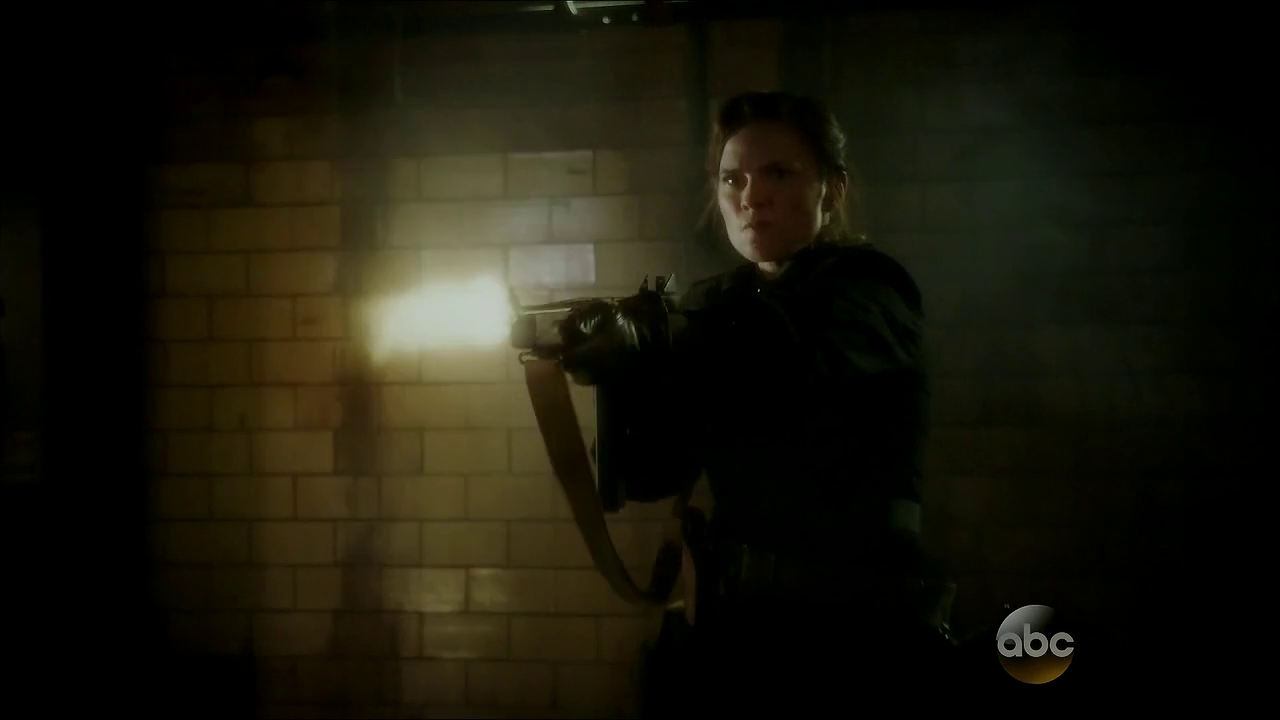 Peggy Carter is the greatest. As a show, Agent Carter has its issues (particularly in regards to racial diversity) but the character Peggy Carter is the greatest. Just so amazingly great. She was already a compelling protagonist, but in “The Iron Ceiling” she proved she was also an action hero. Peggy was born to be an action hero, and while the way this show has dealt with sexism is incredible, it also makes me really sad that we don’t get to see her in action every week. My disappointment with the existence of sexism aside, Agent Carter just gets better and better. 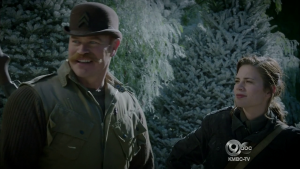 This week’s episode saw Peggy enlist the help of old friends – the Howling Commandos, who MCU audiences will remember from Captain America: The First Avenger…although the only recognizable face is Neal McDonough as Dum Dum Dugan. The episode did add in a couple of comics Commandos to make up the team though: Leonard Roberts as Happy Sam Sawyer, Richard Short as Pinky Pinkerton, and James Austin Kerr as Junior Juniper, who gets to relive his comic fate as the “red shirt” Commando.

It was so nice to see Peggy get the respect she deserves, even if we did have to suffer through Agent Thompson’s tragic backstory first. It’s not that I don’t want the antagonists on this show to be as well-rounded as everyone on Team Peggy, but it did feel a little like they were trying to forgive and/or justify Thompson’s actions. The thing is, this revelation taught Peggy a lot about Thompson, and they have probably changed her perception of him when he’s the one that needs to change. Just because Peggy has FINALLY earned his begrudging respect doesn’t change the fact that he’s a misogynist ass.

More props to this show for its depiction of post-war trauma though, because it’s knocking that out of the park just like it does with the sexism. If only they could take a little time to show the struggles of racial minorities during this period. That would, without a doubt, make Agent Carter the best show on TV. (And a bisexual Peggy Carter certainly wouldn’t hurt the situation.)

While the action was wonderful, and the Howling Commando’s cameo was super fun, the real story in this episode were the Black Widows. I mean, let’s be real – it would have been AMAZING to see this stuff in a Natasha Romanoff-helmed feature film…but it’s also fitting that something so significant to Marvel’s most recognizable female character is being developed in Agent Carter. Because an amazing female hero needs an equally amazing female antagonist to cause all kinds of trouble, and so far Dottie seems pretty damn amazing. 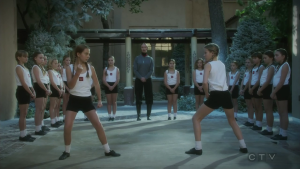 Watching those little girls fight to the death was fabulously creepy, and I can’t wait to find out how the Black Widow program connects to Leviathan and of course Howard Stark. Seriously, I CANNOT WAIT. It’s getting to the point where I am just spending the week waiting for a new Agent Carter episode to air. I don’t know what I’m going to do when it ends, and if it doesn’t come back (because for reasons of ingrained misogyny people are not watching) I will be seriously pissed off.

Look, Agent Carter’s ratings are not completely terrible for a genre show, but they are declining (although viewing numbers are declining in general). Because its considered something of a risk, people are watching these numbers, and it’s rating worst than Marvel’s Agents of S.H.IE.L.D. even though it is arguably a better show. There are a lot of potential reasons for the lagging viewership, including changing viewing habits, the time of year, and the fact that it’s a limited series (maybe people are waiting until it’s over to watch the whole thing in one go). But it’s also pretty clear that too many people are dismissing this show without giving it a chance, and that’s heartbreaking.

There’s only one thing left to say, really. I mean, what would Cap say if we left his best girl behind? “Do as Peggy says!”