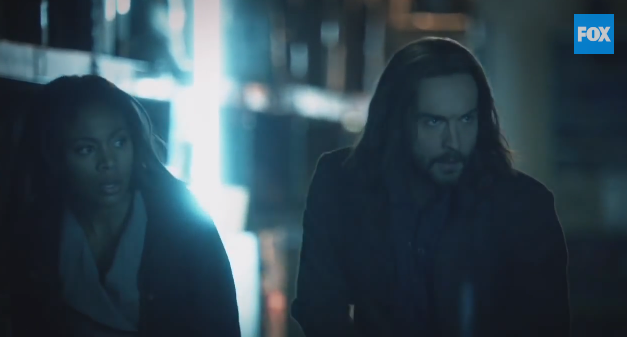 John Noble is a great actor, don’t get me wrong. And he does a solid job with the material he’s given. Nonetheless, I couldn’t help but wince when he appeared upon my screen because I instantly pictured all the upcoming horribly boring scenes featuring him and Katrina moping around together. When those two get together, it drags Sleepy Hollow down into dullsville, which you would think would be difficult seeing as it’s a supernatural time travel show featuring a badass woman of character as the hero. 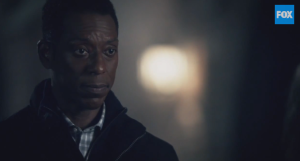 Luckily, I have to admit that “Spellcaster” did not overwhelm me with indifference. The return of Henry heralded more screentime for Irving, a personal favorite character, and his dubious intentions are at least intriguing to the viewer. While it’s not surprising that Irving is working in tandem with Henry (he did, after all, sign his soul over to the guy earlier in the season),

I must admit, this season’s monsters of the week have been pretty hit or miss, though I am so glad that Moloch is “officially” gone (I say that in quotations because Sleepy Hollow is, after all, a supernatural show and no one ever stays dead for long) as he had no personality or real draw. This week focused on Solomon Kent, a warlock who was responsible for the infamous Salem Witch Trials. Like so many other events in colonial America, the Salem Witch Trials were a complex and, quite frankly, disturbing time in American history and could’ve been used to truly suspenseful and horrifying effect in this show.

While Solomon wasn’t an overwhelmingly intriguing villain, he was decently creepy and helped push Katrina into some character development, which is always a good thing. Will she eventually turn to the dark side someday? Honestly, I would love that change. Just, please do something, Katrina. 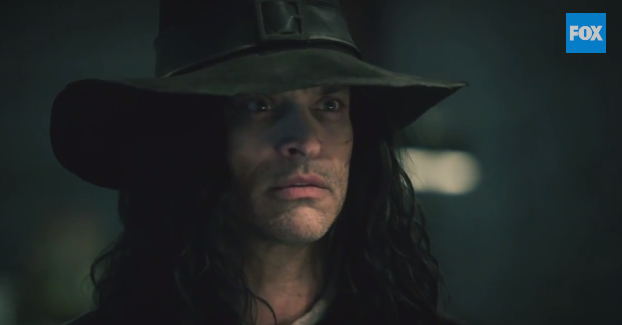 The appropriation of the Salem Witch Trials for entertainment purposes was a little disturbing to me because I do think we are quick to forget that 20 real people were killed during this time and it was based, entirely, on paranoia, racism, and sexism. Of course, I’m sure the writers of this episode meant no disrespect; I just felt that the subject matter could’ve been handled a bit differently.

Our heroes, Abigail and Ichabod, were cute together, as usual. The second scene of the episode featured Ichabod calling upon Abbie’s help in house hunting which, again, I’m sure shippers will use as inspiration for fanfiction. I have felt, in recent episodes, that their interplay has changed and it seems that Abbie has become harder and more aloof. I wouldn’t be surprised; she was in Purgatory for a bit and is a Witness. That is bound to make anyone a bit more cynical. I can’t quite put my finger on it but I find myself missing their relationship in the first season. But perhaps that’s just me.

What did you all think of this episode? Do you think Irving is trustworthy?