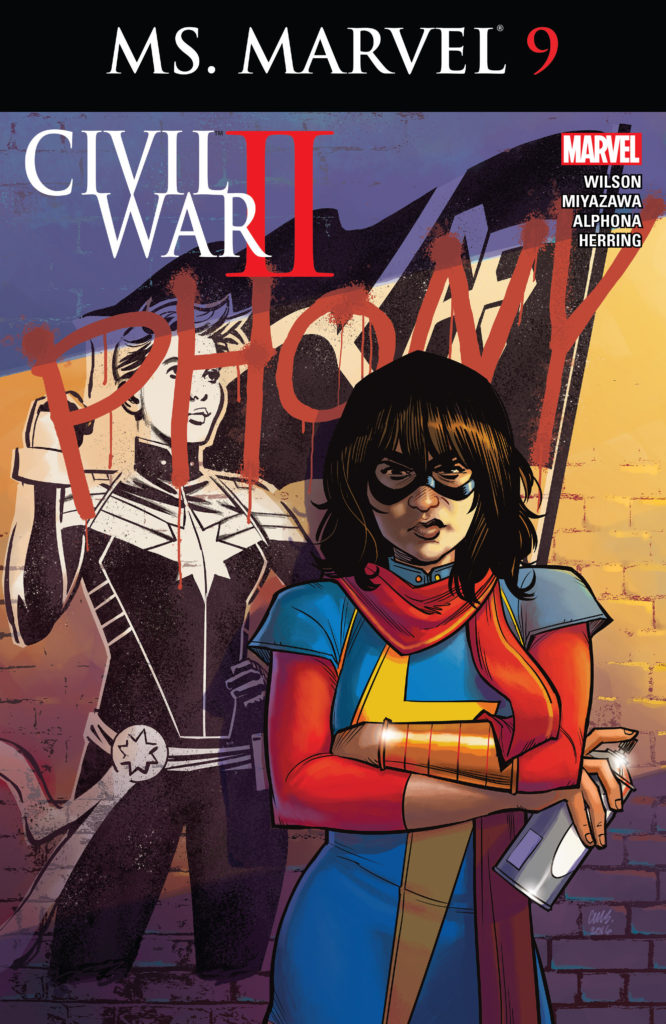 The Ms. Marvel Civil War II tie-in is one of the best arcs during the current mega comic book event. It places Kamala Khan in a position where she has to question her own beliefs as a hero.

Seeing someone she knows get arrested due to Ulysses’ future-seeing powers is something that Kamala will have to learn to deal with. She goes to meet Captain Marvel, but even her idol isn’t able to get rid of her doubts. Jersey City is Kamala’s turf and seeing the neighborhood start to stand against Ms. Marvel feels sad. She tries to do the right thing but there are just too many factors, things much bigger than her, that she can’t control.

Coming to the start of issue 9, we again got a flashback shedding more light on Kamala’s heritage. This time we saw Kamala’s mother worried about moving to the US. The women in Kamala’s mother’s family always knew that they were carrying some kind of a power inside of them, and generations later that power was born as Kamala Khan. Here’s to hoping that Kamala travels to Karachi and meets the rest of her family.

I also liked how Kamala’s sister-in-law is watching out for her. She had an important conversation with Kamala in the previous issue and I’m looking forward to seeing her role expand. What I don’t like is Nakia, one of Kamala’s friends, being pushed back. She herself said that compared to Ms. Marvel she’s just a background character. Her interactions with Kamala are one of the best in the series. Our young hero needs a female friend she can hang out with. I want to see more of Nakia. Maybe that’ll change now that we know about Zoe’s romantic feelings? 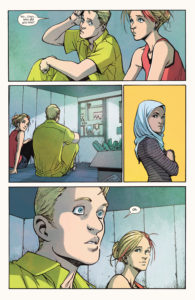 Speaking of Zoe, who could’ve guessed she was going to come out as a lesbian in this issue? I loved the conversation she had with her ex-boyfriend, Josh, about how she just went along with dating guys because she felt it was something that was expected of her. I’m really excited to see how the Zoe and Nakia relationship works out!

G. Willow Wilson is amazing when writing this solo series. She puts a lot of hard work in making Kamala’s story shine and that’s evident from the quality of the series. Both Adrian Alphona and Takeshi Miyazawa worked as artists for the issue. I’ve said it before, and I’ll say it again, their art style compliments each other. It feels as if the whole issue has been drawn by a single artist, if you don’t focus too much on figuring out which panels were done by whom.

What did you think of Ms. Marvel Issue 9? What will happen once the Civil War II event simmers down? Let us know.