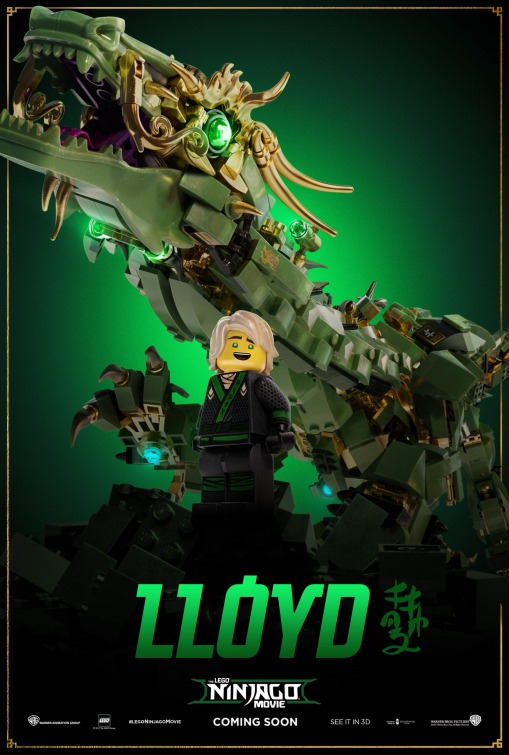 Warner Bros. Pictures has released a total of eight new character posters for the upcoming The Lego Ninjago Movie. Check them out!

In the upcoming animated film, young Master Builder Lloyd (the Green Ninja) and his friends are led by Master Wu to defeat the evil warlord Garmadon, who also happens to Lloyd’s father. The epic showdown sees mech battling mechs and a father battle his son. However, before victory can be guaranteed, the young ninjas need to learn discipline and keep their egos in check to unleash their inner power of Spinjitzu.

Check out the new character posters!

The film was produced by Dan Lin, Phil Lord, Christopher Miller and Roy Lee. Their previous collaboration was on The LEGO Movie along with Maryann Garger (Flushed Away). Serving as executive producers are John Powers Middleton, Seth Graham-Smith, Chris McKay, Jill Wilfert, and Keith Malone.

The LEGO Ninjago Movie is set to be released on September 22, 2017. That’s also the release date for Kingsman: The Golden Circle.

Furthermore, Warner Bros. Home Entertainment will be releasing the seventh season of LEGO Ninjago: Masters of Spinjitzu on DVD September 15, 2017.

Are you excited for The Lego Ninjago Movie? Let us know.