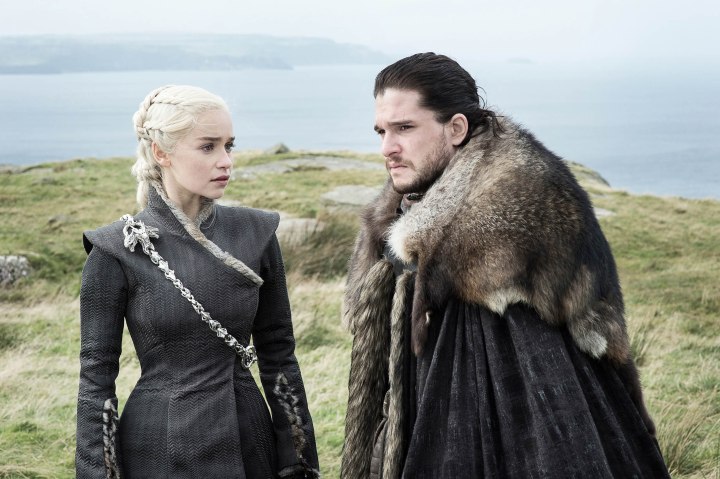 ‘Eastwatch’ further proves that the Game of Thrones that I love is back.  All the things I love about the show are coming together while the things that annoy me, while still present, have a significantly smaller role overall. 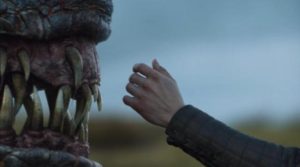 While I’ve generally found a few characters in the lower six of the Seven Kingdoms to love (Margaery, Tyrion, etc), I’ve always been far more interested in things happening in Essos and the North.  Season seven has been bringing these things to the forefront.  Daenerys is no longer in Essos and people are finally beginning to understand that the real threat to all the Seven Kingdoms and what’s marching on the wall.  ‘Eastwatch,’ though it was less action driven, furthered these two vital plot elements for me and is making the show much more enjoyable.

While Jon Snow and Daenerys are parting ways for now, their interactions have proven just how far they’ve come in a few episodes.  Even her dragons seem to trust him now (though that could very well be his lineage as well, but more on that later).  Though he still hasn’t bent the knee and still views himself as the King of the North, Daenerys doesn’t seem as offended by that anymore.  She’s “grown used” to him.  Once again my end game from 2013 marches strongly forward (though my end game calls for Sansa to rule the North, but we’ll see how this plays out).  I’ve been incredibly satisfied with how their interactions have been written. 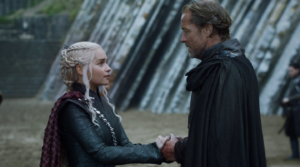 The reunion of Jorah and Danaerys was also a highlight of the episode for me.  Their relationship has always been a unique one.  It’s no secret that he loves her both romantically and as his Queen.  Her feelings towards him are more complicated due to her position, but I would absolutely categorize it as “love” as well.  And, like Samwell touching Jorah when he was cured from Grayscale, her gesture of taking his hands felt hugely symbolic for me.  Grayscale is a stand in for many real world diseases and people who are afflicted are often touch starved regardless of how communicable their illnesses may be.  She doesn’t hesitate, though.  She grips his hands and you can see the emotions flood through him at that moment.  Their interactions are short lived, though, and they once more have to say farewell.

‘Eastwatch’ also answered a long speculated fan question.  What the hell happened to Gendry? When Gendry was revealed I literally laughed out loud.  Then Davos had the line, “Thought you might still be rowing,” and I had to pause because I couldn’t hear the show over the sounds of my own laughter.  It’s been an ongoing joke that Gendry is still off rowing his boat somewhere, so having that little throw away line in there shows that the showrunners are paying at least a little bit of attention to the fandom.  Perhaps that can account for the sexual violence against women not being nearly as prevalent this season as it has in the past, as well.  I still have a lot of beefs with the creators, but I’m glad they are at least somewhat listening.  Don’t get me wrong, though.  I’m watching their writing carefully.

The re-introduction of Gendry brings another unique dynamic.  He has no interest in being a ruler.  He’s no threat.  But he and Jon are both bastards of powerful men who were basically brothers.  The relationship between their fathers as well as their status as bastards seems to form an immediate bond between them.  Even when Jon suggests teaming up with the Brotherhood, which basically sent Gendry to his death so many seasons ago, Gendry ultimately accepts the proposal.  I do expect some drama among our new band of wight hunters, but I am looking forward to how they keep their eye on the prize.  They must get a wight and bring it to King’s Landing.  Drama needs to take a back seat to that.

Speaking of King’s Landing, it’s still my least favorite location in the realm.  The only characters there that I enjoy have either left or died.  Jaime is the only person there I would sort of feel bad about dying.  If I wasn’t opposed to the killing of innocent (albeit nameless) civilians, I’d want Daenerys’ dragons to burn the entire city to the ground.  But stuff is happening there, so we’ve got to pay attention to it I guess.  Cersei claims she’s pregnant, but until she starts to show I’m not quite sure I believe it.  If she is pregnant, I’m not sure why she thinks admitting to incest will at all go over well.  After watching so many people who were sitting on the Iron Throne get killed, you’d think she’d be a bit more cautious about public appearance.  She’s beyond caring now.  And I don’t really think that’s wise, but we’ll see how that plays out I guess.

I’m delighted that ‘Eastwatch’ has given Maisie Williams and Sophie Turner so much screen time together.  Despite their characters having been at odds in season one, then not being on the same set for seven seasons, the actresses are basically best friends.  I can’t say that I’m pleased with what I’m seeing for their characters, however.  I know there’s a lot of baggage there, but Littlefinger is clearly manipulating them to once again be at odds.  I want them to work together.  I want the North to have two badass Stark women who are on the same page.  With any luck they’ll see through this manipulation and Littlefinger will finally get what’s coming to him.  Really not looking forward to this drama.

I’m kind of over Bran Stark, though.  I’ve been over him for a long time, but every scene he’s in feels miserable.  Even the ones that are useful, like him warging into ravens to keep an eye on the Night’s King are painful to sit through.  I feel bad for the actor because it’s not his fault that his character has become insufferable.  Sorry, kid.  I don’t want you to become unemployed, but if I could see a lot less of your character that’d be great. 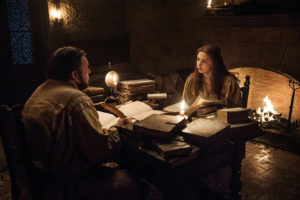 While all this stuff is happening in King’s Landing, Dragonstone, and the North, we can’t forget good old Samwell Tarly at the Citadel.  I’m not sure if taking the books and scrolls and leaving was the best idea, but I get his frustration.  Still, I feel there may have been something more to learn there and he may have given it up.  Hell, Gilly was moments away from filling him in on Jon’s true parentage when he sort of freaked out and decided they needed to leave.  But again, I get it.  Things are moving slowly.  Nobody is taking him seriously.  He’s not getting anywhere.

Speaking of Jon’s parentage, in case you missed it there was another red flag that R+L=J is real in ‘Eastwatch.’  The show confirmed it through the Tower of Joy flashbacks, but it still seems to have not quite sunk in for some people.  I’m sorry Daenerys and Jon shippers, but they are definitely related.  I know.  Sucks when your ship turns out to be incest.  It’s happened to me in a few fandoms.  But you either move on from your ship or just accept that it’s suddenly a bit weird.  Your choice, shippers.  It wouldn’t be the first time this happened.

Despite my annoyances with Bran Stark and concern about where Sansa and Arya’s plot might go, ‘Eastwatch’ was a pretty good episode.  I like the trajectory of the story so far this season and I hope it continues to please me.  Between the improvements on this show and all the good news coming out of Doctor Who, I feel like two of my old fandoms are finally being revitalized.  The Walking Dead and the Show We Do Not Speak Of are still dead to me, but hey, two out of four isn’t bad.  Welcome back, Game of Thrones.  Welcome back. 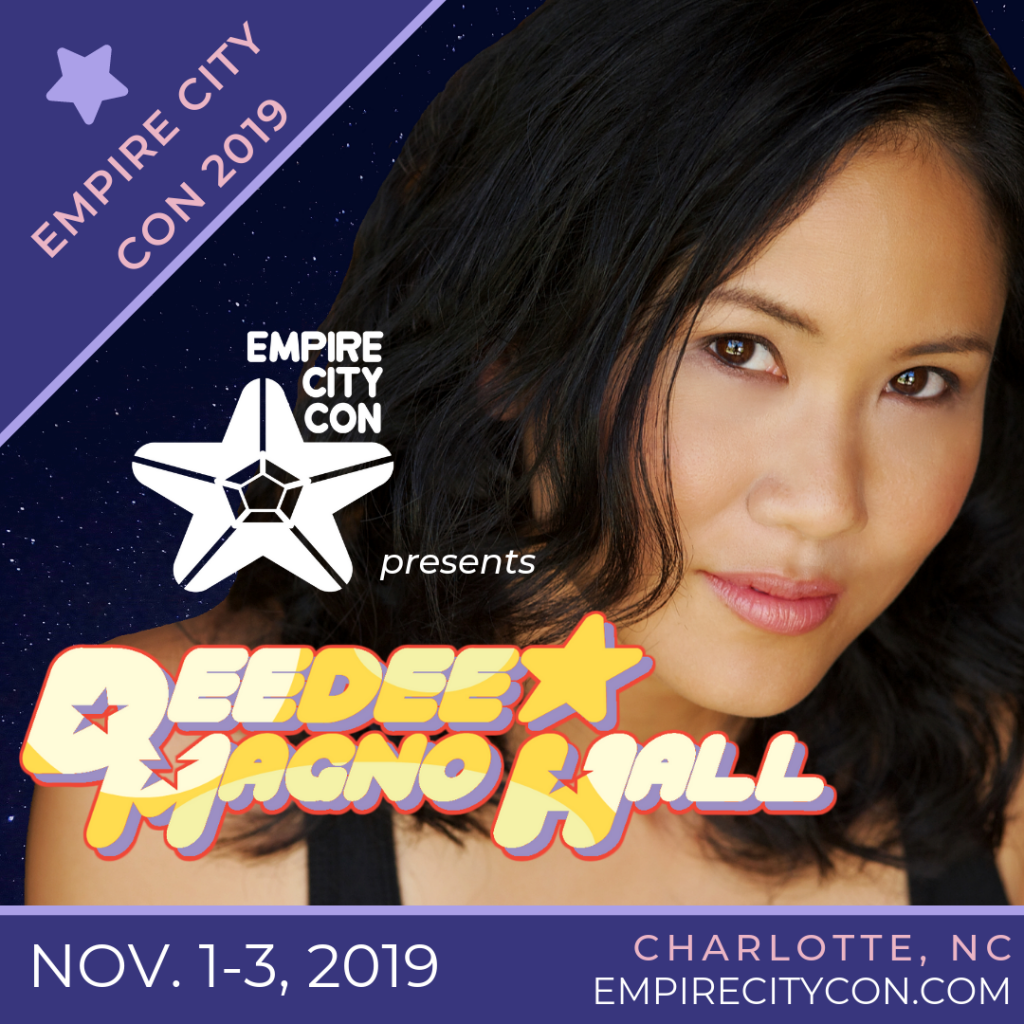 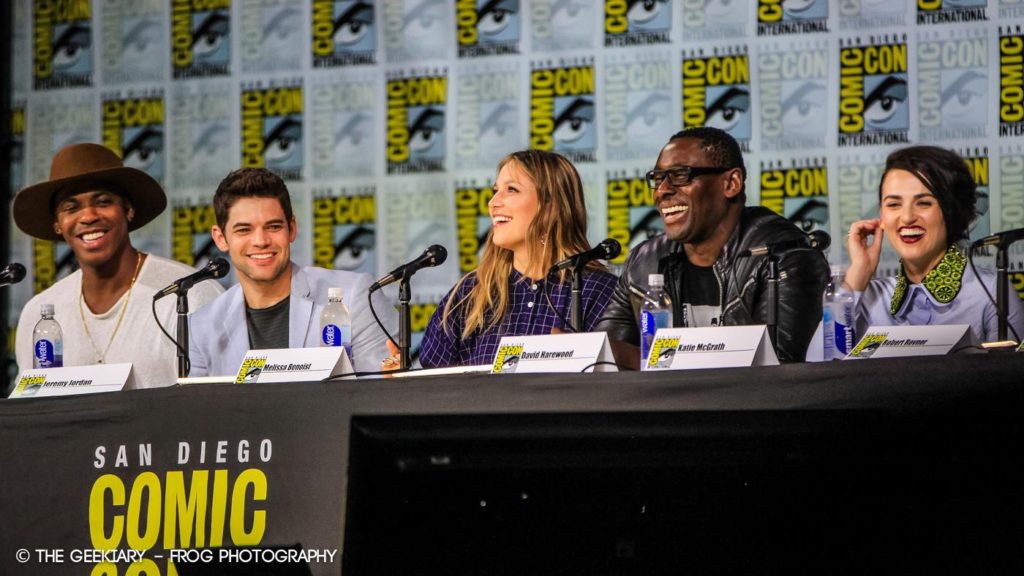 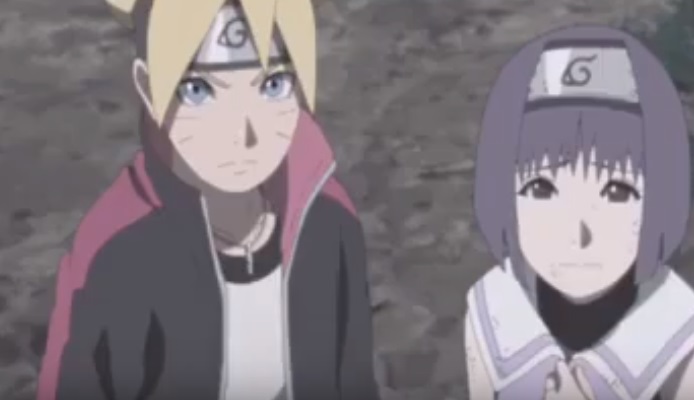