PositiviTEA Tuesday with The Geekiary (7/5/16) 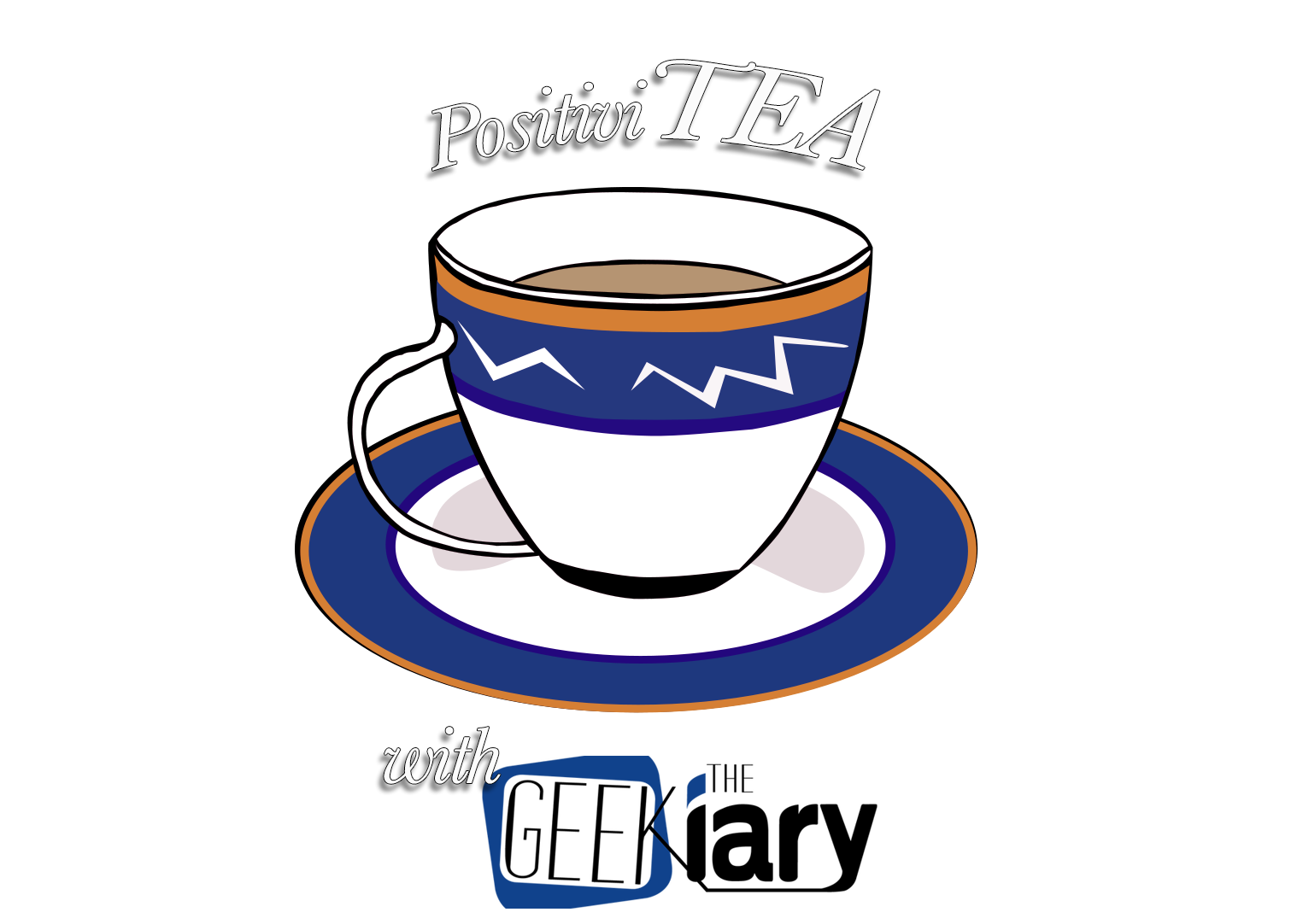 Those of us who write for The Geekiary are a pretty close-knit community. We don’t just discuss the website with each other; we share life events and fangirl together. Depending on who’s fangirling at the moment, it could be about anything from Bryan Fuller to One Direction to Hogwarts Houses and more. Yes, sometimes we need to face things that are serious and probably not fun or positive, and it was due to one of those more serious conversations that we came up with the idea of “PositiviTEA Tuesday”.

PositiviTEA Tuesday is meant to be a gathering of some fun and positive things that we’ve stumbled across on Tumblr and Twitter throughout the previous week. It could be news that we’re excited about or random silly celebrity posts. It could be something constructive and enthusiastic that was shared by someone we follow on those sites, or even just something encouraging that popped up on our feeds. Our main goal is for PositiviTEA Tuesday to put a smile on our readers’ faces. And so, without further ado, I bring you the very first PositiTEA Tuesday with The Geekiary!

Speaking of Hogwarts Houses, not too sure about Ilvermorny as a whole or the house where you were placed? Check out Buzzfeed’s sorting test for Eaglecrest, the “alternative institution of magical learning in the Land of the Free”, which was apparently created before we even knew that Ilvermorny existed! 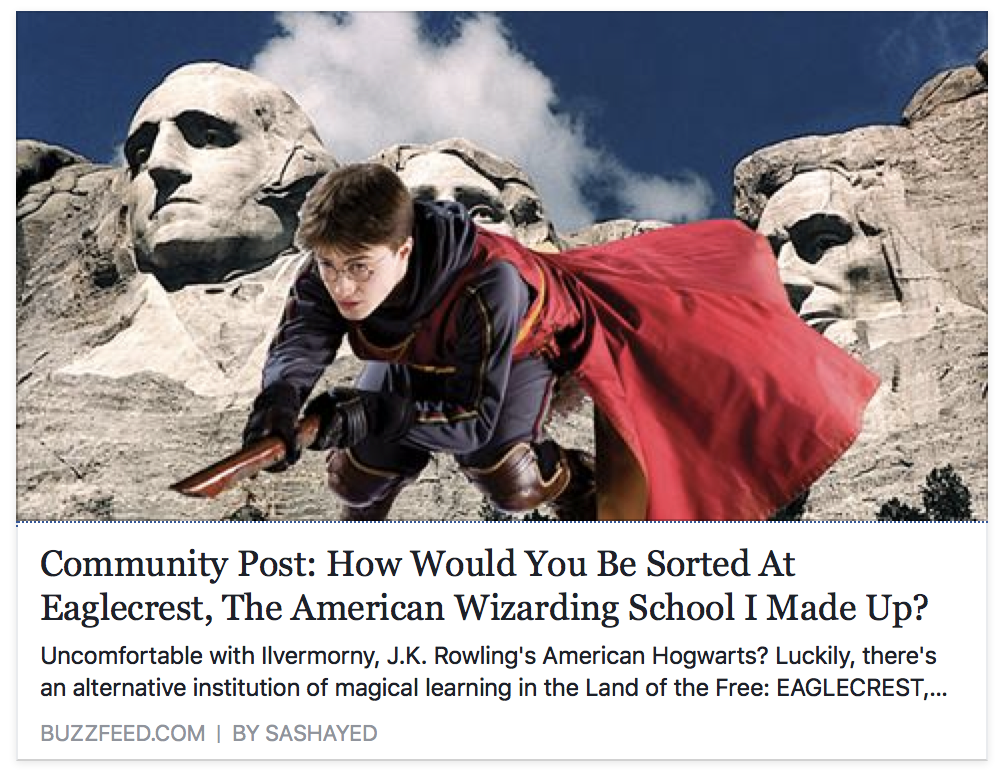 Of course if Harry Potter isn’t up your alley, have no fear. Colton Haynes of Arrow and Teen Wolf fame launched an official website, and in his excitement over selling a good amount of merchandise, he tweeted the following photomanip of Tyler Hoechlin… 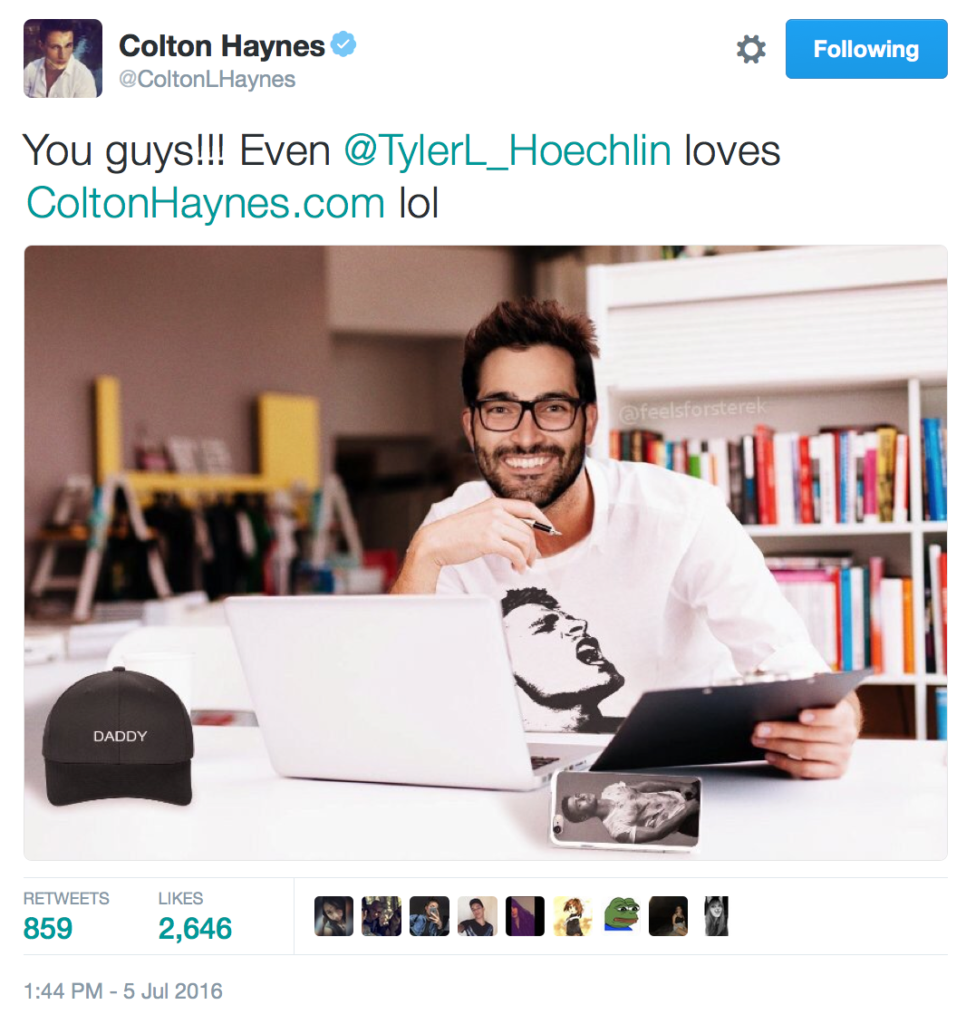 Meanwhile, there’s been an inundation of news about San Diego Comic-Con, including more details about Geekiary fave Bryan Fuller’s SDCC appearances and many panel announcements, including the entire schedule for the San Diego Central Library, where you can find myself and several members of A Podcast of Ice and Fire chatting about A Song of Ice and Fire and Game of Thrones on Saturday, July 23rd at 4 PM. (And if you’ll be in attendance, stay tuned for more info on our unofficial post-panel gathering!)

Another recent SDCC announcement was that Cartoon Network will be bringing Steven Universe back to the convention. We don’t know many details yet, but two of our staff who are attending SDCC are huge SU fans and we hope to add more to our coverage of this amazing show while we’re in San Diego. Meanwhile, as a Steven Universe fan it’s hard to peruse the Tumblr tag without finding amazing discussions and fanart, but I was particularly taken with this special birthday drawing that Tumblr user Dani of Natural Born Failure made for their friend, because Steven birthdays are the best kind of birthdays, right? 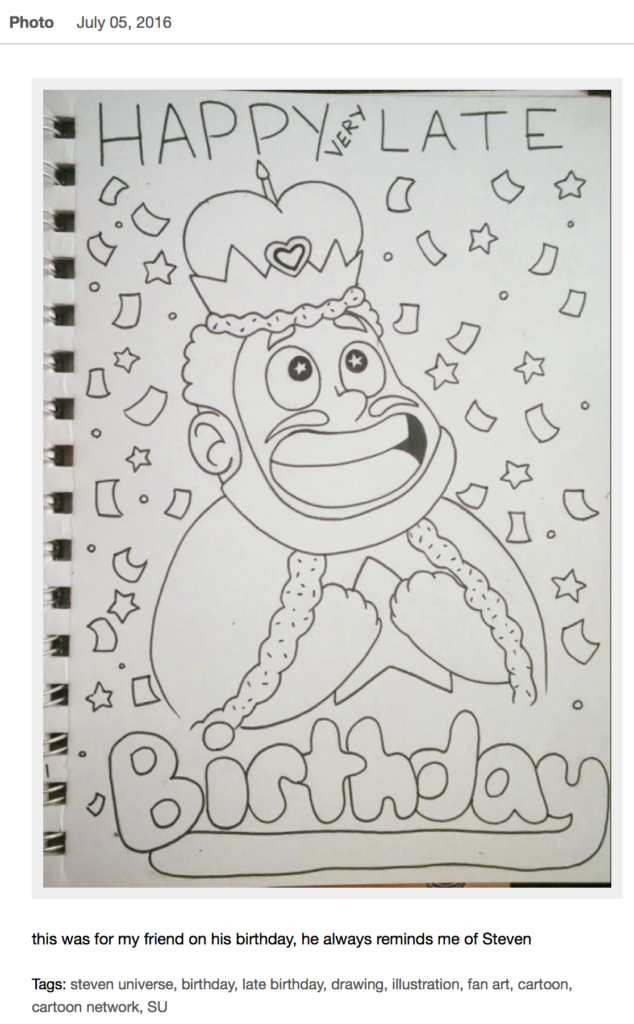 Now, even though Game of Thrones can be one of the more depressing TV shows to watch, it ended on a high note and many of us still hope to see Sansa Stark eventually reign as Queen in the North. The following fanart by Tumblr user Monolime captures that idea perfectly, and is also just a beautiful work in its own right.

Last but certainly not least, this Star Wars: The Force Awakens edit by Tumblr user F*Yeah Star Wars is a great reminder that even when things haven’t been great, there’s still likely something to be happy about 🙂 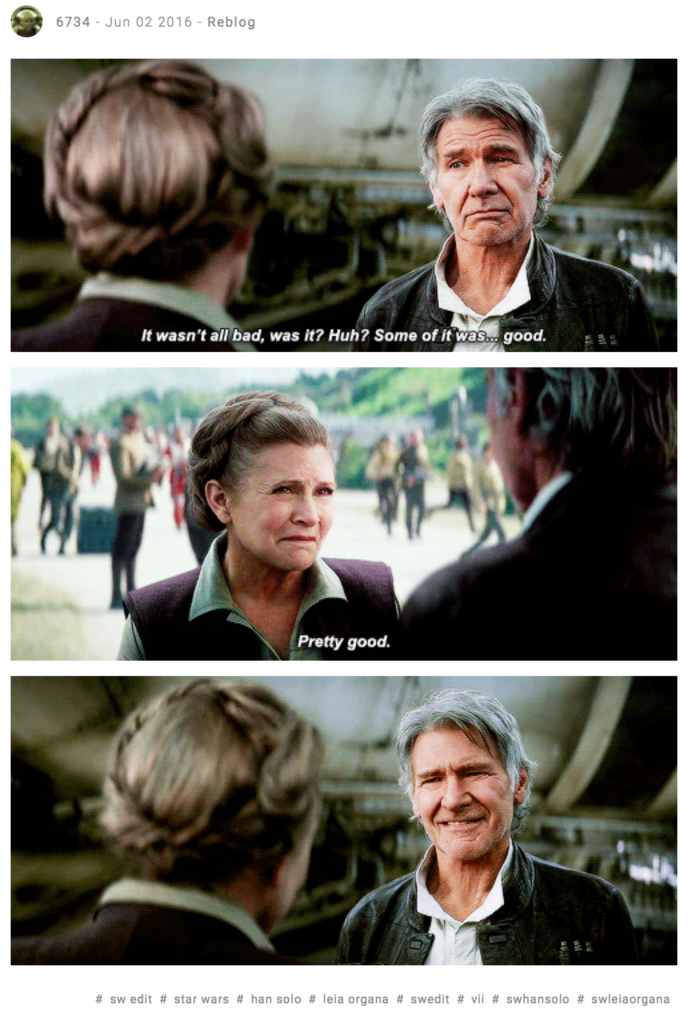 Did you see something within the past week that warmed your heart? Let us know in the comments!