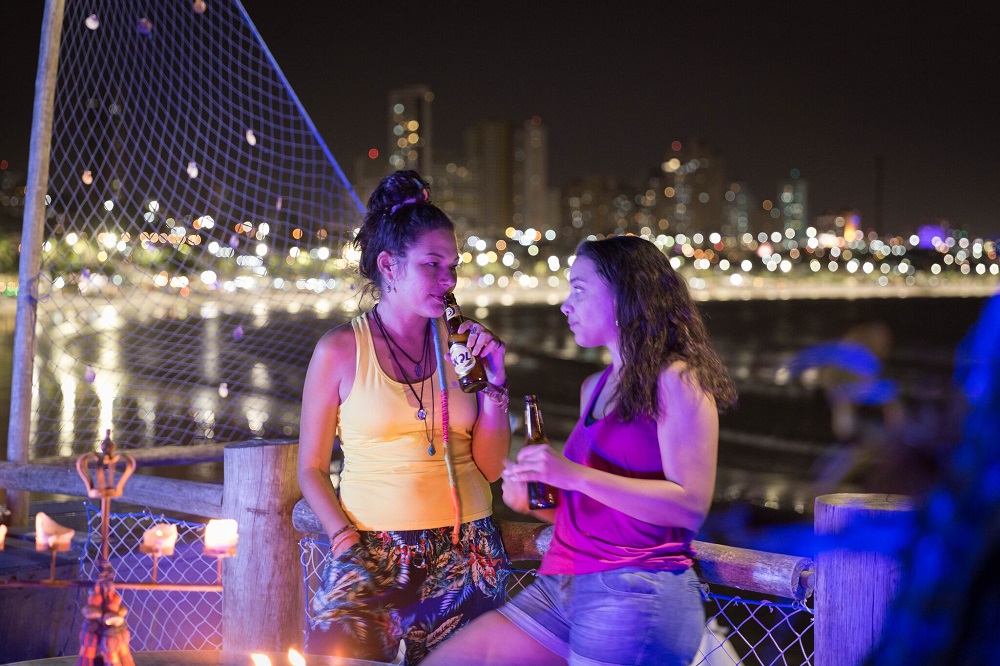 On December 7, 2018, the Brazilian Multi-Award winning LGBTQ series Septo will premiere as a Revry Original Series on “the first LGBTQ streaming network.” Septo dives deep in this dreamy Brazilian coastal drama where a young promising Olympian finds herself, independence and love.

Septo has garnered a lot of praise. Coming from “the most discriminated area in the northeast of Brazil,” the creator and star, Alice Carvalho was honored to represent her community by winning multiple festivals in Buenos Aires, Rio de Janeiro, and the Trofeu Cultura RN. The series then went on to represent Brazil in festivals internationally including Asia, Germany, and the United States. It became “the first audiovisual production from the northeast of Brazil” to receive prominence in Hollywood by receiving an award at the international Out Web Fest.

“From the region, we came from, it is not common to dream so high,” Carvalho shared. “In addition to the discrimination of race, gender, and sexual orientation, we also face daily a kind of xenophobia against the culture produced in the northeast of the country. How to dream so high living so far in a country so full of discrimination and having only two reais in the pocket? This release of SEPTO on Revry is the reflection of approval in a global seal. As a whole, it legitimizes and boosts Brazil’s anti-homophobia speech as well as reaffirms the importance and quality of Latin American shows such as ours.”

Revry’s CEO, Damian Pelliccione said, “We were so thrilled to champion Alice’s wonderful series and bring a global spotlight to her creative voice. She is innovative and daring, not only in her work, but in her life – she is a great success story and deserves to be known and tell the stories that so many can relate to, but are rarely seen – especially from where she comes from.”

Here’s the trailer for Septo. The series is available only on Revry.

What happens when you realize your dreams are no longer your own? Promising triathlete, Jessica has trained her entire life and finally has a shot at the Olympics. When she meets Lua, the mysterious and confident surf instructor, Jessica realizes just how trapped she feels by her own life and her controlling father. Explore this store of love, ambition and drama in the newest Revry Original, SEPTO.

What do you think of the content being offered by Revry? Are you excited about Septo? Let us know.