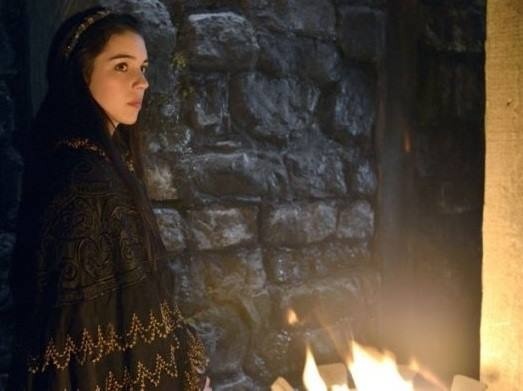 The plot thickens!  Last night’s episode left me buzzing with excitement for the final two episodes simply because of the twists and turns introduced.  Mary and Francis had separate plots this week, which I thought was a welcome change.  I don’t like how often they are intertwined, storyline-wise.  Mary crossed swords with Catherine yet again, and Francis met an old friend of ours on the battlefield.  But let’s jump into my thoughts on “Higher Ground” before I give too much away

Would you like to know what my favorite kind of villain is?  Some would say the kind that you love to hate, like Game of Thrones’ Joffery Baratheon or Spartacus’ Gaius Claudius Glaber.  But for me, it’s the kind of villain you just love to love, like Hannibal’s Hannibal Lecter or Teen Wolf’s Peter Hale.  During the course of this season, Catherine de Medici has become one of the newest members.  I think the credit goes to Megan Follows, who has done a fantastic job with this character, and this episode was just another example of that.  I mean, that confessional scene alone had me laughing my ass off!  She seems to relish her dark side while still revealing hidden depths.  I know that you’re not supposed to root for the villain to win, but I suppose that’s just another credit to be given to Mrs. Follows because I totally was. 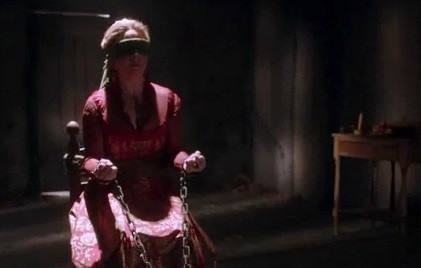 When the episode began, Mary was still trying to find a way to save her mother from being killed by the Protestants.  Is anyone else a bit thrown by Mary’s insistence to save her mother?  I mean, in “The Consummation”, Mary seemed to effectively write her mother out of her life for the deception regarding the English Queen Mary.  Then in “Liege Lord”, she seemed prepared to sell her mother out to the very people who are now howling at Marie’s gates!  But if I really think about it, it’s not that odd.  Mary is a good person, and she will help someone in trouble, regardless if they have wronged her in the past.  But in this episode, that inherent goodness was tainted.  Mary went to Catherine and begged the older queen to help Marie, Catherine’s old friend and ally, by giving Mary some of her hidden wealth to send aid.  But Catherine wasn’t interested, giving Mary another hard lesson in being Queen: never beg.  So Mary took a page out of Catherine’s book and hired a mercenary to find Catherine’s hidden wealth.  The man kidnapped Catherine, which backfired, as she quickly figured things out.  The man’s face was priceless as Catherine quickly deduced who was behind her kidnapping, the confidence slowly leaving his face.  Mary was displeased by the man’s actions, but what did she think he was going to do?  But Mary found herself in quite the sticky situation, now needing to a fall guy on whom she could pin Catherine’s kidnapping.  Thankfully Catherine’s cousin Hortencia was there and gave Mary her best “Let me tell you about all the ways in which I am irredeemably evil” speech, unintentionally making herself the perfect fall guy…or rather fall gal.  But Mary really turned the situation in her favor at the end as she hired the guards (who apparently Hortencia had given to Catherine) that were responsible for the massacre of Scottish lords and the mercenary to save her mother.  But if they do that and Marie returns to the French court, who will be there to prevent the Scottish throne from being overrun by the Protestants?  Perhaps Mary’s half-brother James?

We found out that Lord Julian was penniless and planning to take off with Lola’s dowry.  This discovery was prompted by Kenna’s asking Bash to look into Julian’s affairs.  Bash found out that Lord Julian was planning a “hunting trip” with no hunting supplies.  But when Lola confronted him, instead of trying to lie or becoming defensive, Julian owned up and decided to stay around.  It seemed to be as Greer has said; that even though the money had been his prime motivation in marrying Lola, he seems now to genuinely care about her.  I hope that the writers continue on this vein of redemption with Julian as I really want Lola to be happy, especially given how close she is to having her baby and the explosive scenario that holds. 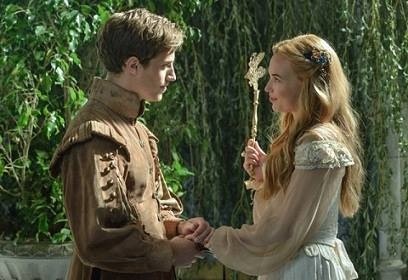 I think we can all agree that the biggest thing to come out of Francis’ scenes was the return of our favorite kitchen boy turned conscripted soldier Leith!  I didn’t quite understand why Francis wasn’t traveling with Mary’s Uncle Christian, but if we got Leith in exchange, I’m more than willing to play along!  Leith saved Francis’ life during one of the skirmishes, and when Leith was later injured and confessed to fighting for a woman he loved that was above his station, Francis told him one of the advantages of saving the Dauphin of France was the rewards given, namely titles and riches.  Damn you, Reign writers!  Just when I was starting to root for Greer and Lord Castleroy, you do this to me!  They’ve set up quite the triangle here, which I think is far more compelling than the Mary/Francis/Bash triangle but one we won’t see really come into play until next season.  Sure, I think we’ll see Leith back at court to receive his reward for saving Francis, but any real repercussions will wait until season two.  We saw Greer confess to Lola that he was thinking about and praying for Leith every day, but what will she do when she sees him again, newly titled?  This situation reminds me of the movie Tristan & Isolde.  In the movie, Isolde loved Tristan but couldn’t very well hate her husband Marke, who was an honorable man.  And as in the movie, Greer’s decision won’t just affect her fate but the fates of her sisters as well.  Lord Castleroy has promised to pay each girl’s dowry and given Greer final say in choosing their future husbands.  Will she throw all that away to be with Leith?

I cannot wait for the final two episodes and what they will hold.  Given the preview for next week’s episode, it appears my prediction about Mary and Catherine plotting to kill Henry was correct.  I’m eager to find out if we will see Henry’s hallucination again and if anything will be revealed about him.  But before I explode with more theories, I turn things over to you guys.  What did you think of last night’s episode?  What do you think Greer should do, should Leith return to court with titles and lands?  Do you trust Julian?  Whatever your thoughts are, comment below and thank you for reading!