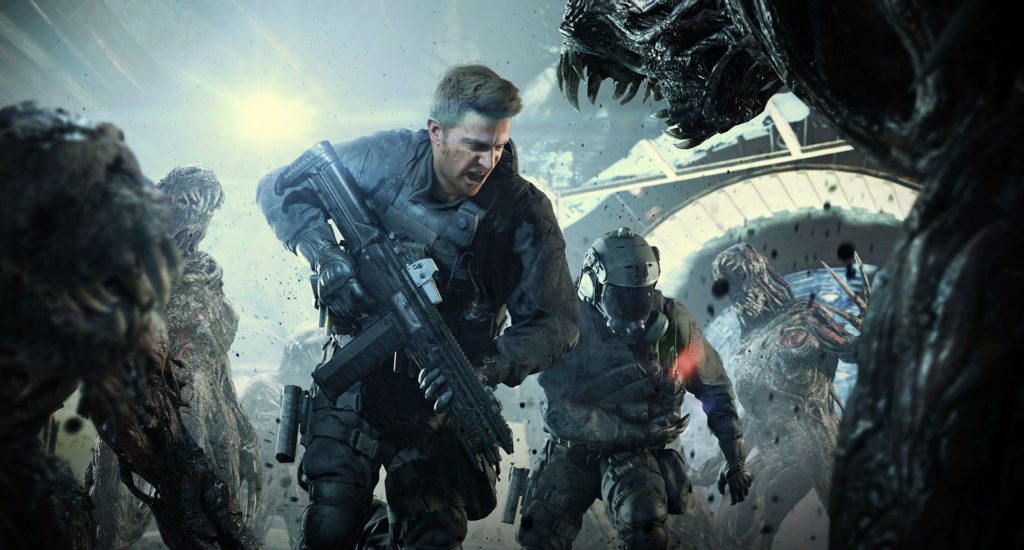 Fans of Resident Evil will finally be able to play new content when Resident Evil Gold Edition and two new DLCs are released this September.

The two new DLC’s for the horror-survival game, along with the Resident Evil 7 Gold Edition, will be released for the PS4, PC, and the Xbox One on December 12, 2017, by Capcom.

One of the DLCs is named ‘Not a Hero.’ Some of you might remember that it was supposed to be released sometime this Fall but it kept on being delayed. ‘Not a Hero’ focuses on Chris Redfield, an iconic character from the Resident Evil franchise. You can download it for free on December 12, 2017.

While I still can’t get over how Chris looked in Resident Evil 7, I’m happy that the upcoming DLC might answer some questions about the character. Also, fingers crossed my theory about the Redfield we saw in R.E 7 comes true. I just can’t with his new face. We recently saw him in Vendetta with the face I’m familiar with.

The other DLC is titled ‘End of Zoe,’ and it will focus on Zoe from the Baker family. The story will pick up after the events of the main R.E 7 game and ‘Not a Hero’. Players will be able to “explore new swamp-filled areas” as well as face new enemies. While I wasn’t a fan of Zoe I am interested to see what happened to her.

‘End of Zoe’ will be included in the Resident Evil 7 Gold Edition. However, players who have a season pass can also update their game. The DLC will also be available as a separate download for $14.99/€14.99/£11.99.

The Resident Evil 7 Gold Edition will include the complete base game as well as all of the DLC that has been released, including the two ‘Banned Footage’ DLCs.

Though R.E 7 has received a lot of positive critical response, I didn’t enjoy it much. I’m not a huge fan of first-person shooters. Also, I didn’t like Ethan as the main character. However, being a fan of the Resident Evil lore, I’m looking forward to what new content the DLCs will deliver.

Are you a fan of Resident Evil 7? Are you excited about ‘Not a Hero’ and ‘End of Zoe’? Let us know.

Previous:If You Haven’t Seen “Your Name” Yet, Why Not?
Next: Boruto: Naruto Next Generations 1×23 Review – Bonds Come in All Shapes