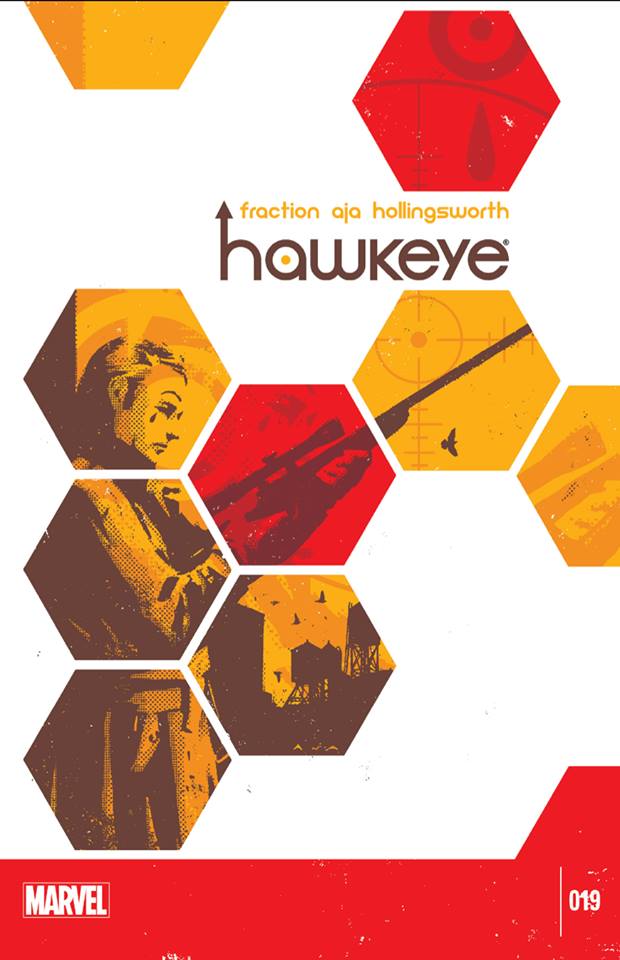 Hawkeye, vol 4, #19 has been a long overdue and does not disappoint. The September issue pick up after the events of the shooting. It’s a mostly “silent” issue, which is no stranger to Matt Fraction and James Aja, having done something similar for their Eisner Award winning Hawkeye #11 (as told from the perspective of Arrow, Hawkeye’s adopted dog).

A childhood trauma left Clint Barton temporarily partially deaf, and the injury sustained in issue 18 has now made those effects 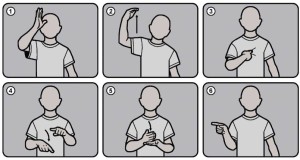 seemingly permanent. The story panels are interspersed with American Sign Language diagrams, meant to show the conversations between Clint and his brother Barney, who is wheelchair-bound at the moment. Fraction and Aja have definitely stepped up the game in regard to what they are willing to do with Hawkeye. They show a very human character without being too gritty.

This change for Clint shows that there are serious side effects and risks to being a hero. The sadness, frustration, and eventual acceptance is beautifully executed and passed onto the reader. More importantly, though Hawkeye does need help in certain situations, he is not helpless. He is still able to carry on.

This was definitely an issue worth waiting for, and it will be quite interesting to see this story develop and Clint confronting not only the Avengers, but also Kate Bishop (who will hopefully return soon from her West Coast adventures).