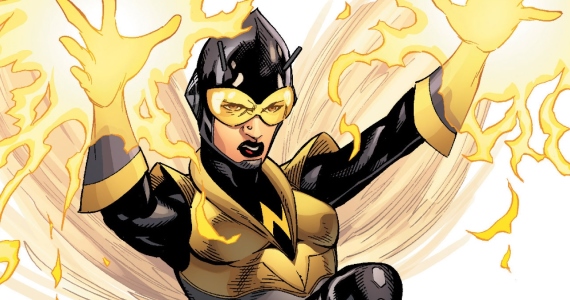 It seems there’s been a dark cloud hanging over the head of Marvel’s Ant-Man every since the project was officially announced, but lately more and more news keeps coming out that’s setting Marvel Cinematic Universe (MCU) franchise fans on edge. Back in May, the director Edgar Wright (who was pretty much the leader of this film project for many years) left with a rather vague explanation. It’s also seemed heavily implied by many involved in the project that this installment will be largely cut off from the rest of the franchise, with no mention of Hank Pym expected in the upcoming Marvel’s Avengers: Age of Ultron despite him being Ultron’s creator. Now we’ve got word that Wasp, one of the founding members of the Avengers in the comics, is going to be killed off, which has outraged a large contingent of fans of the original comics. Things just keep going from bad to worse.

For those who don’t really know who Wasp is, she was not only one of the founding members of the Avengers, but led them longer than anyone else except for Captain America. She was also the one that came up with the team name and is a huge fan favorite partially due to her being one of the few women in a male dominated genre, and partially due to her fun personality in the midst of many serious characters. In relation to the Ant-Man story, she’s Hank Pym’s wife, but according Michael Douglas “a tragic personal accident happened with my wife” before the start of the film. Since they are including Hope Van Dyne in the film, the assumption is that the wife he’s referring to is Janet Van Dyne, aka Wasp. The idea that such an important player in the Marvel universe would be given an off screen death has upset so many people that they’ve started the hashtag #JanetVanCrime to express their frustration. 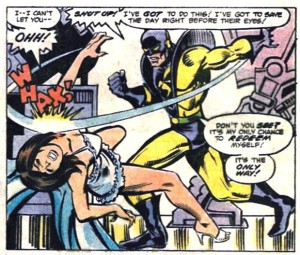 No doubt, the Marvel Cinematic Universe has played fast and loose with canon already, but eliminating a character who holds such importance to people, and doing so off screen, is a major misstep on Marvel’s behalf. It reduces her to a woman in a refrigerator, when her canon role was extremely important to the history of the Marvel universe. You add that on top of Ant-Man’s already questionable history with the treatment of women (the ill conceived wife beating incident involving Janet, for example) and you’ve got a mess of epic proportions. We don’t really know what aspects of the original comics they’re going to keep and, though I doubt they’d really include the wife beating thing (I would hope they are smarter than that), erasing her like this is definitely ignoring a large part of the original canon.

I don’t think anyone is expecting these characters to stick to their original stories completely, but if you kill off a character in one film, it’s hard to bring her back in any way in other films. By killing her here, they’ve pretty much erased her from the franchise permanently. We’ve got a lot of wonderful women in the franchise, absolutely, but as a founding member of the Avengers, you’d think they’d have treated Wasp with a bit more respect. If you don’t want to include her in this story, at the very least don’t make it impossible for others to include her in theirs. Wasp was bounced around by Joss Whedon for his first Avengers film and though she didn’t make the cut, it still proves that other people have an interest in including her. Now that it seems like they are killing her, there’s no possibility of that happening.

There’s been so much confusion about what exactly is going on with Ant-Man that this little bit of information seems to be the final straw for a lot of fans. Many were upset enough with the whole Edgar Wright debacle that this has only solidified their concern over this installment. The idea of making an Ant-Man film has been bounced around since the 80’s, but Wright wrote a treatment in 2003, before the MCU franchise had officially begun, and officially took on the project in 2006. The project got put into what Wright called a “holding pattern” as the script got revised over and over and over again. Wright tweeted and talked about the project constantly, so when he left in May due to a “differences in their vision of the film”, it came as a huge surprise to many people. There’s clearly a lot going on behind the scenes and due to Non-Disclosure Agreements we may not get the full story for a very long time. I wish I knew how Wright felt about this development, but I doubt that’ll happen.

The Marvel Cinematic Universe has done well so far on many fronts. It’s had a ton of incredible female characters (still waiting on that Black Widow movie though), exciting tie-ins between movies, and casts and crews that seemed generally happy to be working on these projects. The Ant-Man film seems to be going in a completely different direction. It’s axed one of the most notable women in the Marvel universe, seems to be isolated from the other stories, and has enough production drama behind the scenes that Evangeline Lilly still hasn’t seen a script only 2 weeks out from filming. If things keep going in this direction, Ant-Man might be a black mark on what’s so far been an incredible franchise.  I would love to be proven wrong as I’m very loyal to the the MCU, but this doesn’t fill me with a lot of confidence.

This report was developed with contributions from Bandit & Emily.