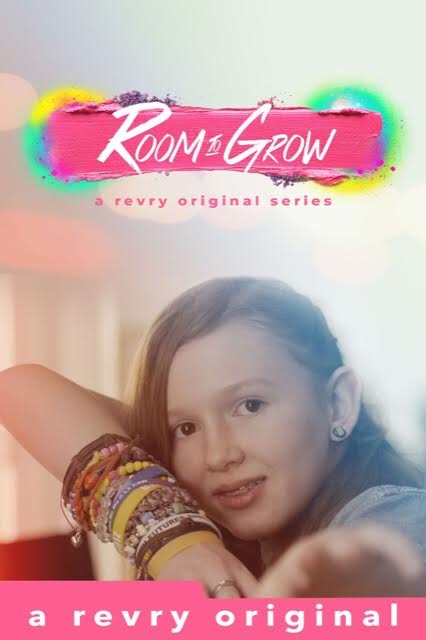 Revry, the global queer streaming network is proud to premiere it’s first IGTV series Room to Grow on National Coming Out Day (11 October) this year. The inspiring docu-series chronicles the lives of LGBTQ+ youth and their families across North America.

Room to Grow, focusing on LGBTQ+ youth, will offer “a raw, intimate glimpse into their daily lives as they endeavor to find their identity and a place in their communities.”

The premiere episode introduces Savannah (star of the HBO doc Believer about the charity run by Imagine Dragon’s Dan Reynold’s) and her viral moment of being shut out of the Mormon church.

Room to Grow was directed and produced by Matt Alber & Jon Garcia. They also did the cinematography.

The inspiring Revry Original docu-series, ROOM TO GROW, chronicles the lives of LGBTQ+ youth and their families across North America, offering a raw, intimate glimpse into their daily lives as they endeavor to find their identity and a place in their communities.. ROOM TO GROW shows just how important it is for LGBTQ+ teenagers to receive the support they need at home, at school, at church, and in the world to reach their full potential.

Matt Alber, co-director and producer of Room to Grow, is a two-time Grammy Award-winning singer/songwriter, filmmaker and LGBTQ+ youth educator based in Portland, OR. In 2015, the U.S. State Department sent Matt Alber to Russia, Hungary, Kosovo, Estonia, Finland, and Sudan as an Artist Diplomat to work with young artists and at-risk youth.

Jon Garcia, co-director and producer of the series, is an accomplished musician and Emmy-nominated filmmaker currently living in Portland, OR. He has released feature films in varying genres in his short career as a filmmaker, including the cult trilogy The Falls, The Falls: Testament of Love, and The Falls: Covenant of Grace.

For those of you who don’t know, Revry is the first global queer streaming network, “available in 35 million homes in over 100 countries, with a uniquely curated selection of LGBTQ+ film, series, and originals along with the world’s largest queer libraries of groundbreaking podcasts, albums and music videos.”

Feel free to share your thoughts about Room to Grow with us.