Marvel Rising Is a Reflection of the Changing Audience 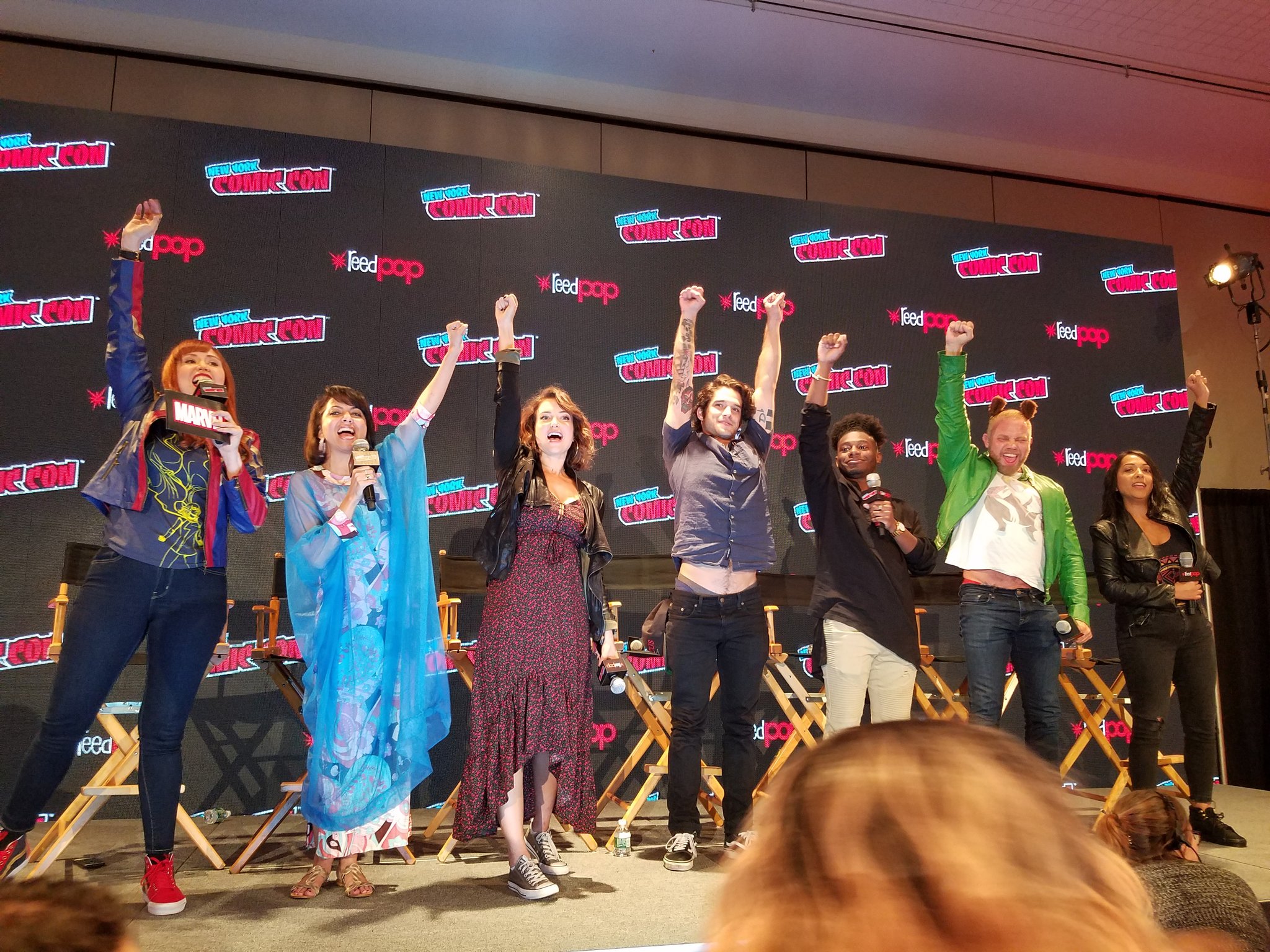 While the Marvel Cinematic Universe is slowly upping its diversity content, the animated universe of Marvel Rising is diving headfirst into the world of representation, and it was out in full force at this year’s New York Comic Con. We spoke to the cast and crew of Marvel Rising at NYCC 2018 about the importance of diversity and female-led titles, as well as what’s next for the series.

There was a big presence for Marvel Rising at NYCC 2018. In addition to the traditional panel and press room, there was also a screening of the full-length animated feature Marvel Rising: Secret Warriors for anybody who missed its debut. (For everyone else, you can stream it for free on DisneyNOW.)

Marvel Rising is an series of animated features focusing on the team-up of Kamala Khan (aka Ms. Marvel) and Doreen Green (aka Squirrel Girl). Introduced in a series of shorts centering around Gwen Stacy (aka Ghost-Spider) called Initiation, Kamala and Doreen fight crime with the help of other Marvel superheroes. In Secret Warriors, the two are joined by other young superheroes like America Chavez, Rayshaun Lucas (aka Patriot), and Dante Pertuz (aka Inferno). Every script has been written by an all-female writing team.

Kathreen Khavari (voice of Ms. Marvel), both at the panel and in the press room, talked about the importance of positive portrayals of Muslim characters in media. Milana Vayntrub (Squirrel Girl) talked about her character’s overwhelming positivity and desire to do good. Both Tyler Posey (Inferno) and Kamil McFadden (Patriot) spoke about toxic masculinity, how often their characters defer to the women on the team, and the importance of young boys seeing male and female superheroes treating each other with equality. Tyler mentioned at the panel that it is Dante’s interactions with Kamala and Doreen that inspire him to be a hero, because of how non-judgmental and accepting they are.

Sana Amanat (VP, Content & Character Development/Co-Executive Producer) talked about how exciting it is to be able to bring these characters, who don’t necessarily get the time to shine, to a whole new level. Marvel Rising, she said, is a property that reflects the changing demographics in the Marvel audience. People want more diverse stories and characters, and the popularity of this series is a testament to that fact.

As for what’s next for the series, it was just announced last week that two new specials are on the way, one about the return of Ghost-Spider and one which will introduce Riri Williams (aka Ironheart).

Be sure to check out our interviews below!