SDCC Offsite Events Up Their Game 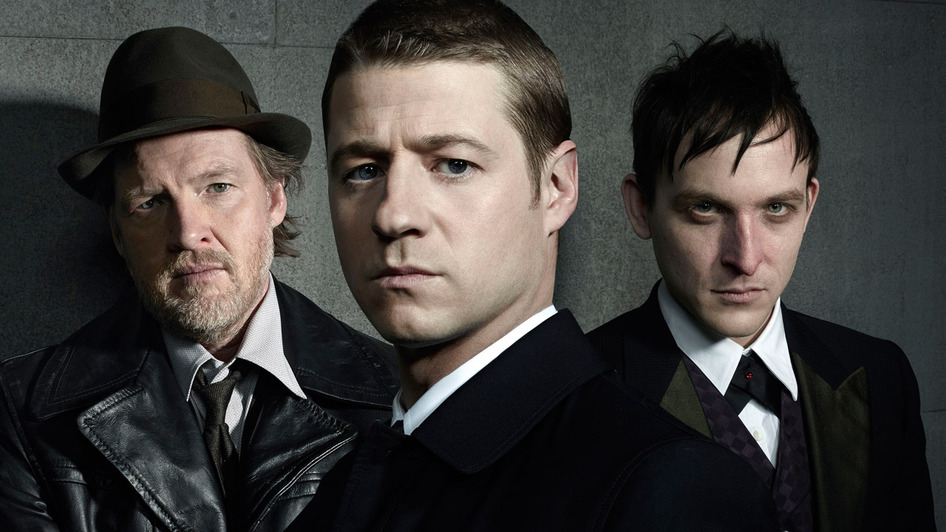 San Diego Comic Con is one of those events where even if you don’t have a badge, there’s plenty of fun to be had outside of the main convention activities.  In years past I’ve only had single day badges, but I’ve never once found myself bored or looking [in vain] for something to do.  This year’s events seem to be upping their game in a massive way.

I don’t think I’m understating that if this event lives up to what Variety described, it will be one of the most memorable offsite events to date:

Participants will zip-line through the Gotham city landscape and receive a sharable photo of the experience and a commemorative SDCC Gotham badge.

The path is supposed to be between the Convention Center and the Hilton Bay Front, so basically it will be directly over the Hall H line.  For those of you new to Comic Con, the Hall H line is that massive line that people camp out in overnight to get into the biggest panel room.  People are already planning to dress up in superhero outfits for their pictures (not that a lot of people won’t already be cosplaying anyway, but still).  The blurb in Variety is short and vague, though.  Will this event be free?  Will we have appointment times?  Is this going to be something we have to line up for hours in advance?  Just how long is that waiver we’ll inevitably have to sign going to be?  As more information is released I’ll update this post.

This is another tidbit gleaned from Variety:

Fox will recreate the pilot’s iconic police cars to pick up passengers throughout the convention weekend for free rides. Cars will be outfitted with iPads offering sneak previews of “Gotham” content.

Again, the information is a tad vague.  How far will these cars go? Only around the Gaslamp district? Just in the vicinity of the convention center? How will they get through the crowds? Putting aside all the vagueness, this is absolutely genius.  One thing that gets to a lot of con goers is having to walk back to their hotels or across the convention center after a long day of already standing on their feet.  There have always been Ped-cabs shuttling people around the Gaslamp district, but they tend to cost money and they aren’t exactly a form of entertainment (outside of people staring at you as you pass by, that is).  So if these ‘Police Cars’ are going to travel as far as the Gaslamp district, they’ve pretty much dominated this market very easily.

Inside the “Sleepy Hollow” bridge fans will be transported via an Oculus Rift headset into a virtual reality “Sleepy Hollow” experience and chased by a headless horseman. Cast and creatives will make an appearance at the experience.

There have been plenty of ‘exhibit’-like events over the years (Game of Thrones, Ender’s Game, etc), but this sounds way more involved.  From this little snippet it almost seems like a jump-out-at-you haunted house type experience.  The fact that the cast and creatives will be showing up makes this event even more tempting. Meeting Orlando Jones is on my bucket list, for sure, and if I go this entire convention without crossing paths with him at least once I will be incredibly sad.

This event has people both excited and incredibly skeptical. In fact, we had our own write up about it here that highlighted some of the [possible] problems with the event.  While I generally agree with the sentiment and concerns, I’ve still been voting for Misha Collins’ charity to win an award. Recognition for good deeds seems incredibly positive, but when it comes to categories like the shipping category, many fandoms feel incredibly left out. Still, for those who have been included in the nominations, here’s what you have to look forward to:

” The mtvU Fandom Awards will reinvent the traditional award show format,” says executive producer Ryan Kroft. “In addition to handing out trophies, we will recognize the achievements of fans and their favorite obsessions with special surprises and experiences. It’s the perfect event to reward the fans at Comic-Con, the epicenter of all fandoms.”

We’ll see, Mr Kroft.  We’ll see.  Oh, and Linkin Park is headlining the event, by the way – after all, this is MTV.  Have we all forgotten that channel was originally about music?

Fashion? Geeky fashion?  Femininity and geek culture colliding on a runway?  Awesome.  I’m not a very fashionable person myself, but you can tell from the Geekiary Stuff We Want Pinterest Board that I wish I was.  Additionally, Geekiary contributor Tara Lynne recently blogged about geek fashion finds and featured Her Universe as one of the best places to go for them! This ‘fashion show’ was one of the first events announced, and it’s unique for the very fact that it highlights both geek culture and femininity together, when so often these two are thought of as being opposites of one another in the mainstream.  I for one am looking forward to seeing what the designers send down the runway.

All of the events mentioned above are new (or renovated) ones that really stand out among the already existing list of parties and lounges. They’re a bit different from the norm and are a great way to spend time off site, but I also want to mention some of my personal favorites that happen every year, and that I feel deserve a bit of recognition despite their predictability: 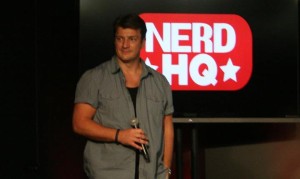 Geek & Sundry: Felicia Day, gaming, and a bar.  What’s not to love? It’s a great chill spot and she hosts an awesome party.

Nerd HQ: Affordable, intimate panels with tons of different guests. Also a lounge that’s open until way late at night with tons of stuff to do.

The Walking Dead Escape: This event is a tad expensive for my taste, but if you really want to do a zombie run and see if you can survive, give this a shot!

HopCon: Will Wheaton, music, and beer. I’ll be there, along with fellow Geekiary author Tara! Find us!  Just tweet us.

Heros BrewFest: More beer! With bonus cosplay! Tara will be attending as well, so tweet her!

This is FAR from a complete list of offsite events.  There are tons of other gaming lounges, parties, and exhibits, but I wanted to highlight the ones that really stood out from the crowd. A lot of things like performances, podcast recordings, and concerts are also already sold out, so I omitted them from the list even though many of them seemed really fun.  Outside Comic Con has a pretty compete list if you would like to go prowling through everything. See you at the con!