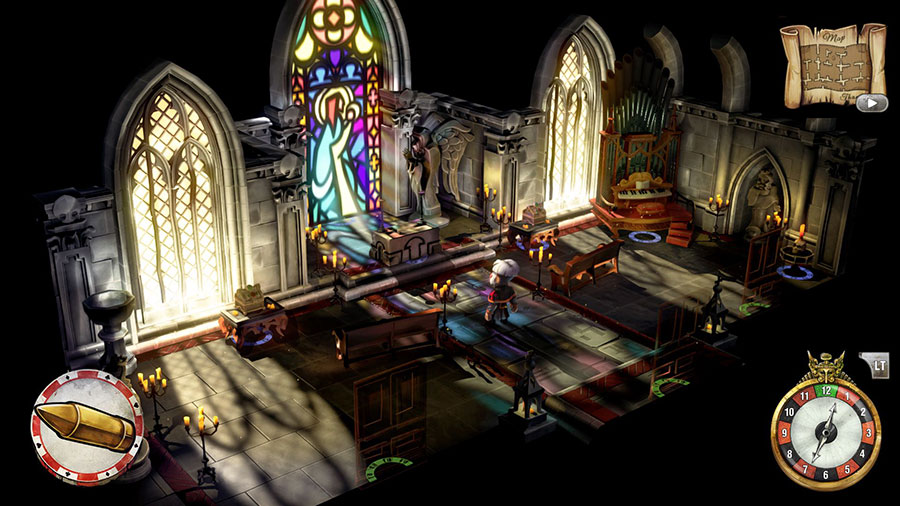 A deal has been signed between BadLand Games and Spanish developer Tequila Works. They will offer the adventure title The Sexy Brutale as a PS4 physical release on 11th April, 2017!

The physical release will also include a CD featuring the official soundtrack. A full-colored manual along with information about the game’s development and inspiration are also included.

Developed over three years between Cavalier Game Studios and Tequila Works, The Sexy Brutale is the name of the grand casino mansion where a series of horrifying murders take place during the annual masked ball. Players take on the role of elderly priest Lafcadio Boone, and must hide and spy on guests and staff alike to solve and prevent each murder before the clock strikes midnight, during a never-ending Groundhog Day that will not stop until all the mansion’s dark secrets are revealed.

“The Sexy Brutale is one of the most remarkable games we have seen, and we’re absolutely delighted to be bringing it to physical retail. Solving murders by reliving an unending cycle of death is a great concept on its own — and a worthy addition to the adventure genre,” said Luis Quintas (CEO, BadLand Games).

“The joy of The Sexy Brutale is experiencing each individual story and death and learning how to prevent each murder before it happens every day. Such a special occasion demands the appropriate dress code — a fancy physical release in partnership with BadLand Games!” said Raúl Rubio (CEO and creative director, Tequila Works).

Judging by the trailer the gameplay looks interesting. The graphics have a pleasant, colorful, cartoonish feel.

What do you think of The Sexy Brutale? Are you looking forward to the 11th April physical release date? Let us know.