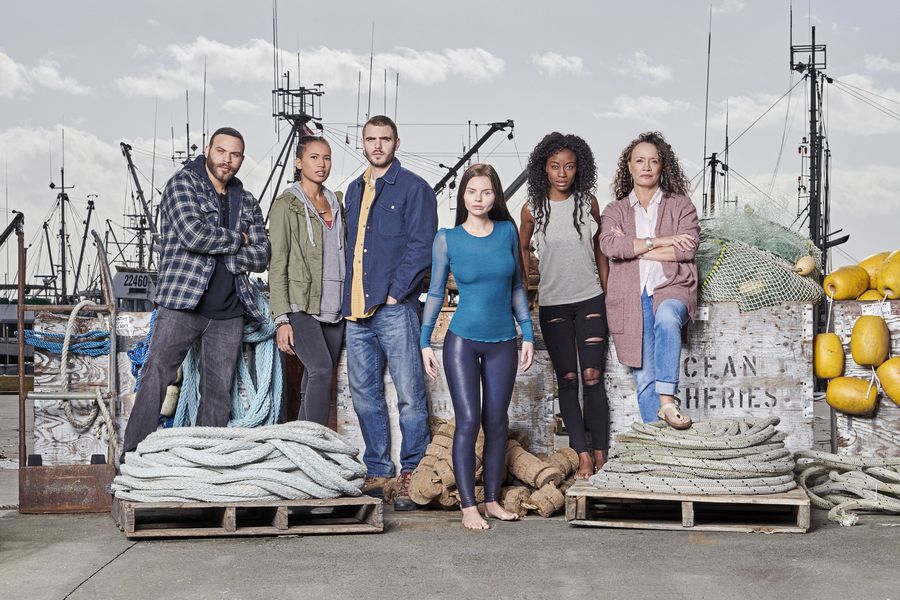 Freeform has a brand new, YA-style show, and like the rest of their popular series, this one has a fantasy twist: mermaids. That’s right, there is something a little different in the water on Siren. And while you may think that you know exactly how the show will go, I can assure you, there were many surprises in the two-hour series premiere.

The plot of Siren is easy enough to follow: a strange girl shows up out of nowhere in a coastal town with historical legends of mermaids. She causes quite a stir right from the beginning by stealing clothes, making the local wildlife uneasy, and unfortunately, killing a stranger in self-defense. Enter being rescued by a handsome local, singing the siren song to him (hence “The Lure”), and you have the basis of the story. But it runs a little deeper than that. Ryn (the mermaid who shows up in Bristol Cove), as it turns out, is in search of her sister, another mermaid who has been apparently captured by the military for research. She is completely devastated at being alone, and is also completely out of her element.

In this universe, mermaids can shift between sea creature and awkward human, but it isn’t an easy shift by any means. In fact, during the premiere, w 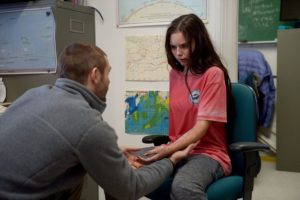 e saw Ryn shift a couple of times, and it looks extraordinarily painful. And while in mermaid form, she is a natural predator, as seen when a shark head shows up onshore or when she attacks her rescuer, Ben, after her return to the water. As a human, however, she has some pretty shifty eyes and doesn’t say much. I have to give it to Eline Powell, the actor plaing Ryn, she plays a non-human shockingly well. I never really had an idea what she was thinking, and she seems genuinely taken aback at everyday items. It was probably the best part of the premiere.

Of course, with the pilot and “The Lure” we also met the rest of the characters rounding out the cast. Ben (played by Alex Roe), as mentioned before, is the lead male and is quite charming, and he is also a marine biologist along with his girlfriend Maddie (played by Fola Evans-Akingbola). After meeting Ryn, Ben becomes drawn to her, but refreshingly tells Maddie about her right away, and the two of them become fast allies to Ryn. I was really hoping that with so much emphasis put on the attraction t 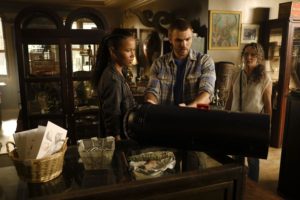 o Ryn by Ben that Maddie wouldn’t fall into the angry girlfriend trope. It was nice to see girls looking out for girls. Another very interesting character with a surprisingly different introduction is Helen, the eccentric and mysterious older woman who just happens to own a shop in Bristol Cove that is dedicated to, you guessed it, mermaids. Helen (played by Rena Owen) clearly has her secrets, but also came to the aide of Ryn by buying her a ton of seafood and giving her a place to stay. There are a couple of other interesting characters, like deep-sea fisherman Xander and Maddie’s sheriff father, and I anticipate getting to know them a lot better down the line.

Siren could be very predictable, but I was really surprised at how good the pilot and “The Lure” were. The interactions and relationships among the female characters were actually very positive, which I was not expecting. And even though Ben admittedly cannot get Ryn’s siren song out his head, there have been zero references to anything romantic between them (at this point), which I was also not expecting. The whole point of the story, it seems, is to have Ben, Maddie, and the rest help Ryn find and rescue her sister. Even though the plot isn’t super deep, the surprises are keeping me interested enough to be invested. I hope that the rest of the series keeps the audience on its toes by doing the unexpected and twisting tropes into something unrecognizable.