“Skydiving pterodactyl ninja wars!” Or, The 100 panel at Dragon Con 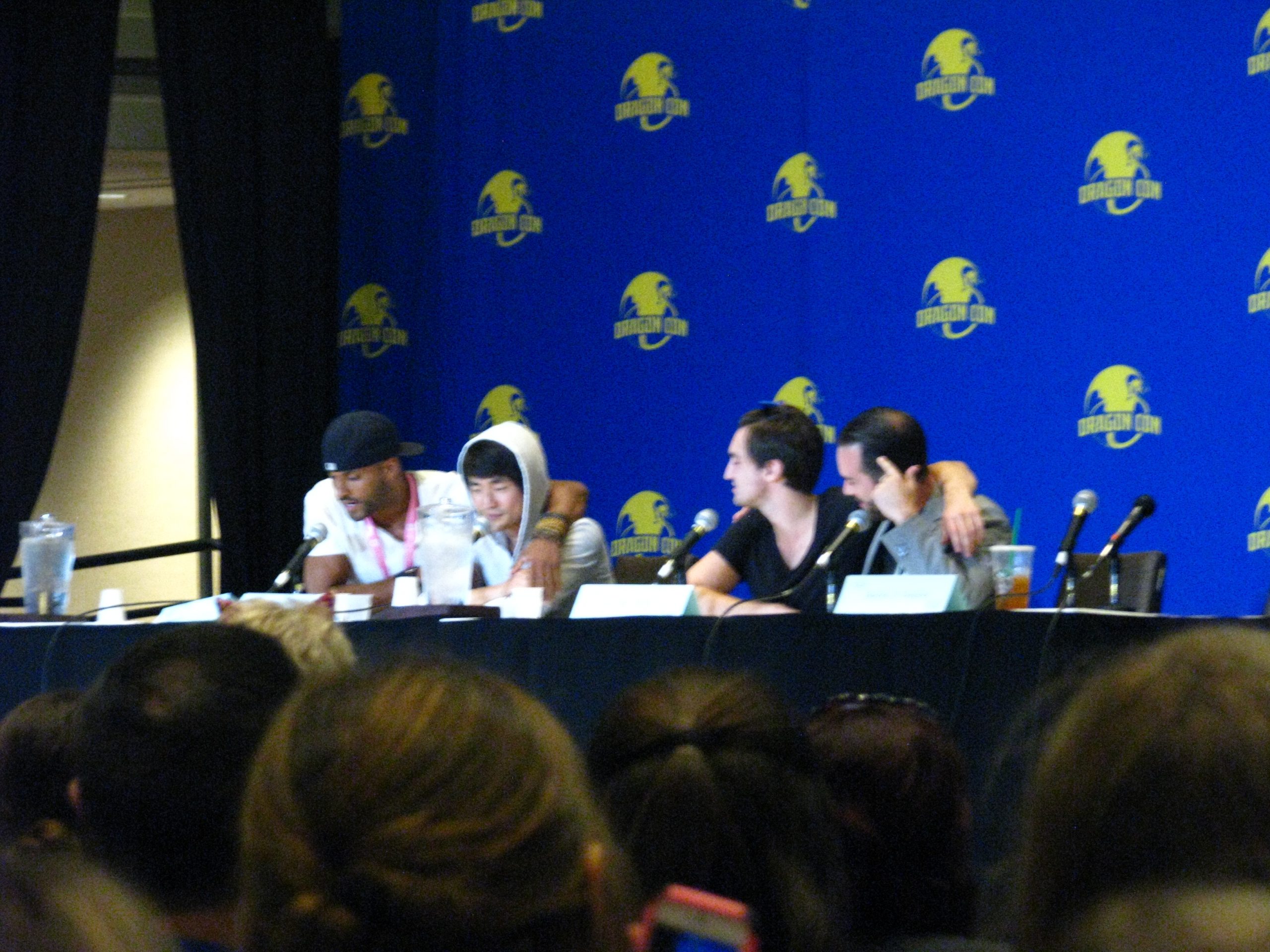 My last article about Dragon Con was a list of rules. While there were several (okay, more than several) complaints included in that list, Dragon Con also enabled me to experience one of my first big panels. I’d been to a couple of panels at other conventions but never anything like I had seen on, say, Tumblr, with the actors sitting at their table, their name placards neatly in front of them. I’m not sure what I expected as I sat on the floor outside the room in the Westin, idly chatting with other fans of The 100.

Originally, Eliza Taylor and Bob Morley (Clarke and Bellamy) were slated to attend Dragon Con with Richard Harmon (Murphy) and Christopher Larkin (Monty). Due to some last minute schedule and filming issues, neither were able to make it. Ricky Whittle, who plays the handsome and mysterious Grounder Lincoln, filled their slots.

As panels are wont to do, the conversation shifted from serious questions and devolved into silliness. Hilarity ensued. Richard Harmon showed off his signature dance move and Ricky salsa danced with an Octavia cosplayer. Even Chris Larkin showed us all a little something special: Irish stepdancing!

The boys discussed everything from Ricky Whittle’s high protein diet and his Hogwarts sorting (“Bumblebee, that’s a house, isn’t it?), to Monty’s burden to live with his season 2 decision, and Murphy’s promotion to main cast for season 3 and the reason he was put in the skybox. Below are just a few of my live tweets from the panel. 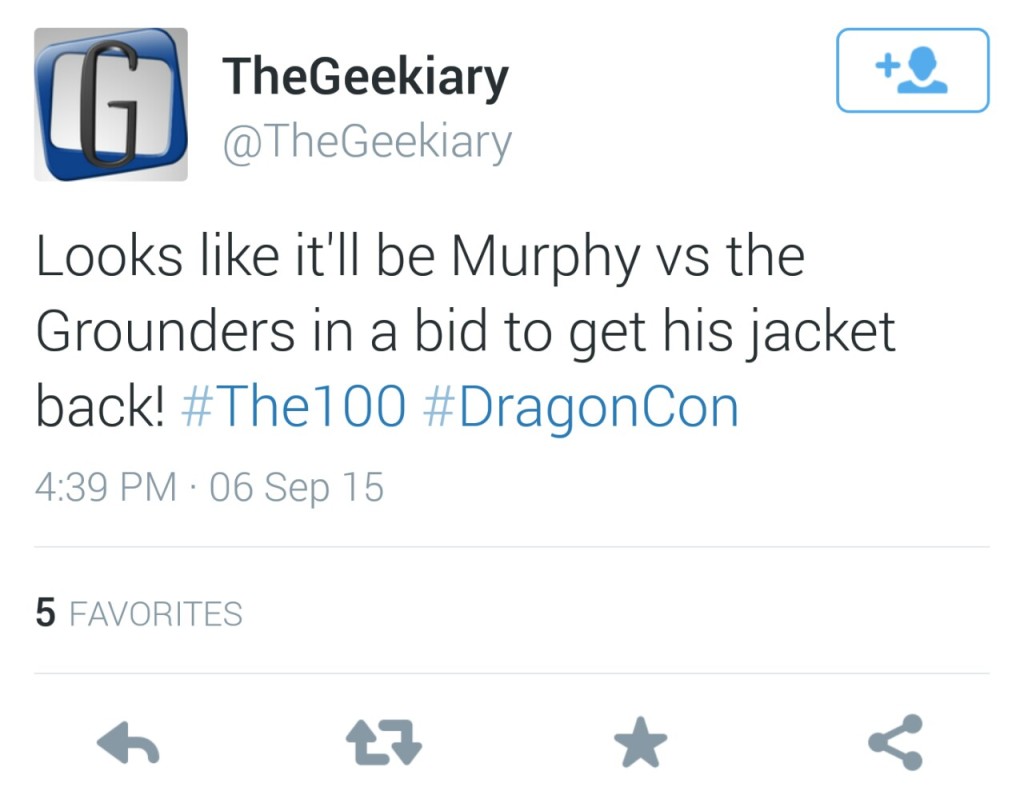 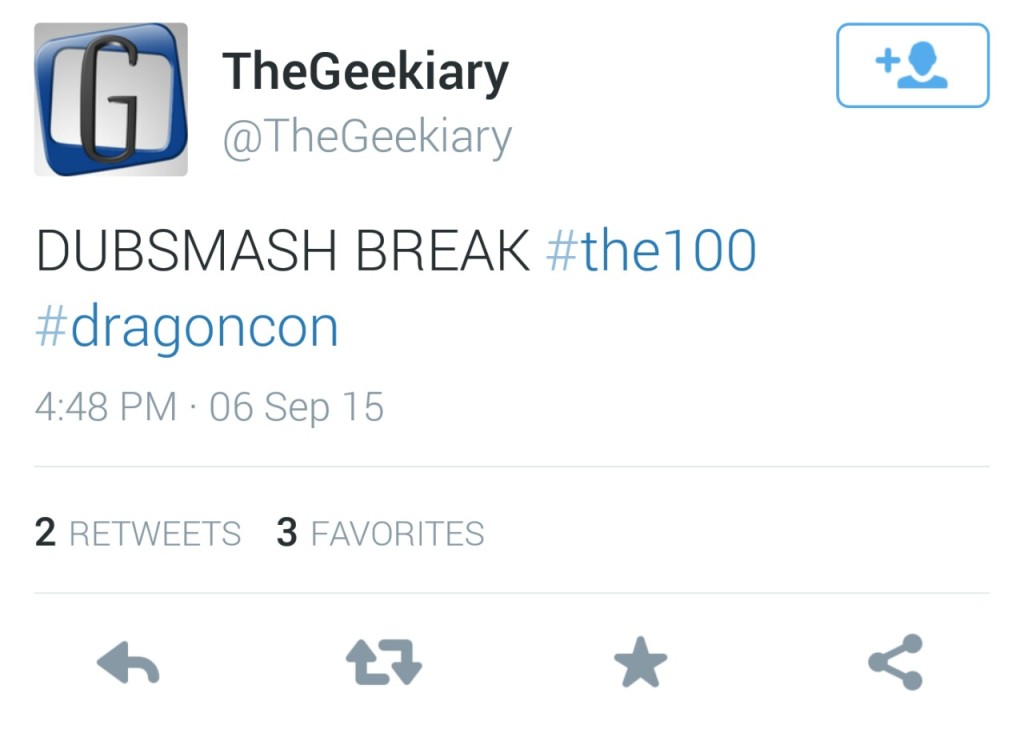 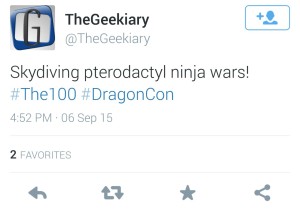 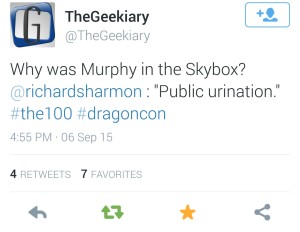 After the panel, I had the chance to chat with Richard and Chris at their tables in the Walk of Fame in the Marriott. Aside from being great actors, they’re truly amazing people and incredibly 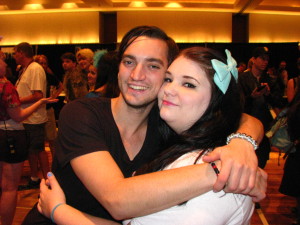 accommodating to their fans. Chris had us sign his table (where his drivers’ license and health insurance card were taped to a giant piece of paper) and talked about his ambition to become a professional Irish stepdancer and the reason he still carries a flip-phone. Richard recorded a video for a friend of mine who couldn’t make it to the con and was an absolute darling.

It was really obvious that all three of these guys truly care about their fans and the show they’re on.

Previous:“Symphony for the City of the Dead”: A Haunting Portrait of War-Torn Russia
Next: Chatting with Xander Jeanneret: King of the Nerds, LGBTQ+ Geek Culture, and More!