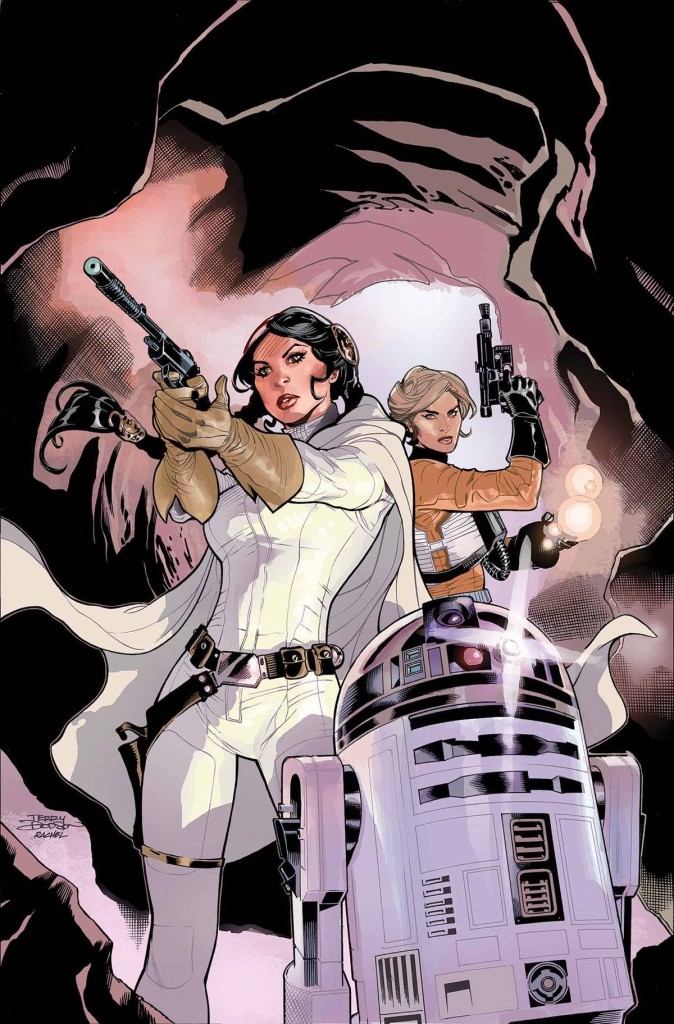 In Issue #3, Princess Leia and Evaan travel to the planet Sullust.  The Alderaanians who live there, especially their leader, Jora, the Preserver of Alderaan, are not receptive to Princess Leia. They do not recognize who she is, but even after she introduces herself, they are not welcoming. Princess Leia explains her mission and persists even while they insist that there is traitor on board Leia’s ship. They do however, agree to join her in the end. 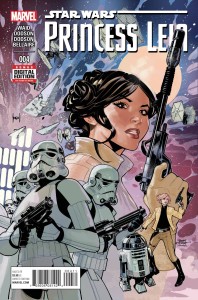 Jora informs Princess Leia that the spy was a woman named Tace. Princess Leia sends Jora and another earlier rescue, Uwa, to Espirion to speak with the Alderaannians living there. Jora is more of a hindrance than a help being racist toward a group of people who are not full-blooded Alderaanians.  Meanwhile, Leia speaks with Tace and determines that she is not a spy, but rather just trying to stay in contact with her sister.  Unfortunately, they later find that an Imperial ship is holding her sister captive and using her as a spy.  They agree to not kill her if Princess Leia is willing to give herself up to them as a prisoner.  Leia agrees. She wants to show her people that she’s willing to sacrifice herself for her people.  I have a feeling, though, that Leia knows something we don’t know because she looks the opposite of concerned at the end of the issue. 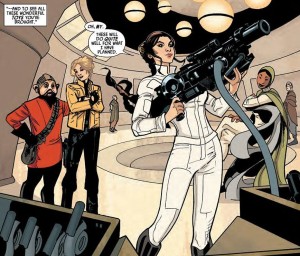 Once again I really can’t get enough of Terry Dodson’s art. It continues to be beautiful.  Even if the story wasn’t good, it’d be worth the price alone for the illustrations.  My favorite panel was probably where Princess Leia was holding an epically big gun in Issue #4.

This story remains as one that is relevant to my interests of strong, intelligent, interesting women taking the lead in their own comic book series.  Princess Leia proves time and time again to be not only a fearless warrior and strategist, but a fair, caring, and loving woman as well.  Sadly there are only two issues left in this epic series. I can’t wait to see how she escapes the Imperialists this time!