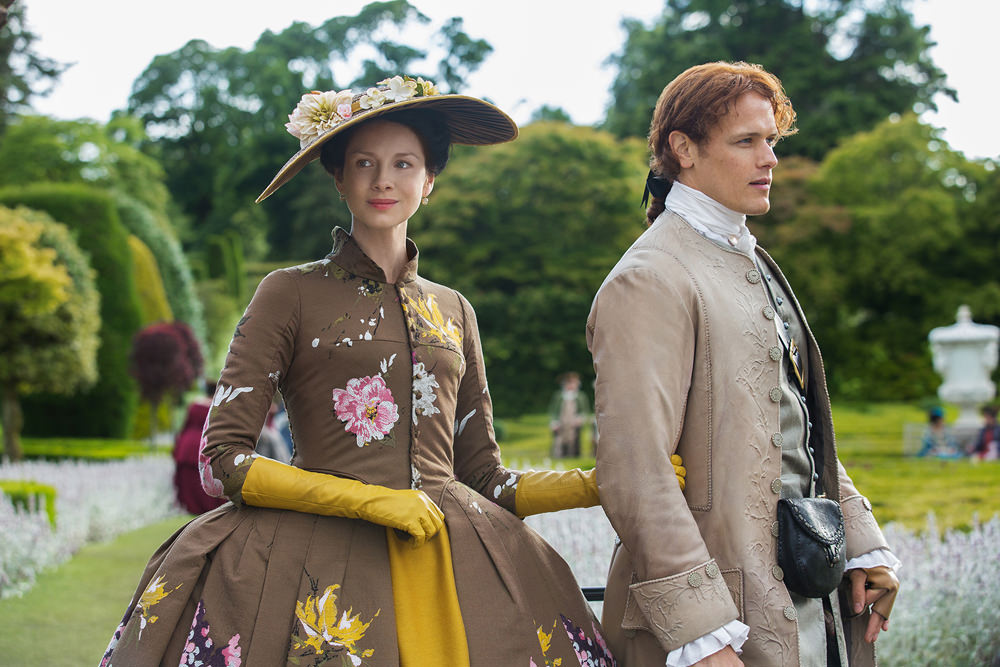 It is only appropriate that we would get huge news on World Outlander Day (it has been twenty-five years today since the first book was released), but fans should get even more excited because Starz has renewed its popular TV series for two more seasons!

So far, each season of Outlander has been based on each book in the book series written by Diana Gabaldon. Since the current season two is based on Dragonfly in Amber, it is a safe bet that season three will follow Voyager and season four will follow Drums of Autumn. (So far there are eight books in the series; can we wish really hard for all books to be adapted?) Getting a two-season renewal in one day is just amazing.

Starz made the announcement, and CEO Chris Albrecht made the following statement:

“Outlander is like nothing seen before on television. From its depiction of a truly powerful female lead character, to the devastating decimation of the Highlander way of life, to what is a rarely seen genuine and timeless love story, it is a show that not only transports the viewer, but inspires the passion and admiration of its fans. On this 25th anniversary of the publication of the first book in the U.S., we are thrilled and honored to be able to continue the story that began with author Diana Gabaldon, and is brought to life by the incredibly talented Ronald D. Moore. There are no better storytellers for Outlander than this team, both in front and behind the camera.”

The wildly popular TV series stars Caitriona Balfe and Sam Heughan as Claire and Jamie Fraser, lovers who crossed paths after Claire was transported two hundred years into the past while visiting the Scottish Highlands. This is truly one of the best shows on television, and if you aren’t watching it, you can read my recommendation here. Everything that show runner Ronald D Moore (Battlestar Galactica)touches is sure to be gold, and this show has it all, whether it is the incredible acting, intricate costumes and art direction, haunting music, or just the story itself.

Season two is currently airing on Starz, and we can expect season three in April 2017.

Previous:Watch Out For: Cleverman Premiering This Week