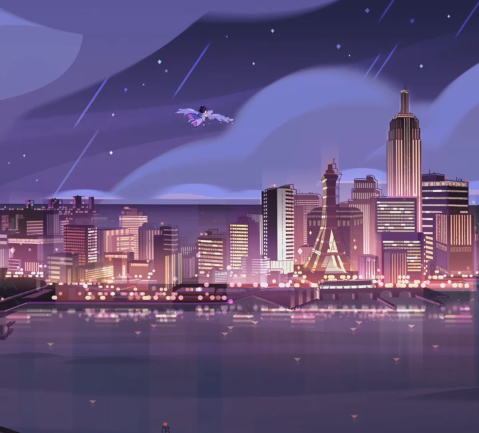 In “Same Old World,” Lapis Lazuli is finally free of her disastrous fusion, but she’s not free of her past. Steven does his best to find his friend a new home, but she has a lot of history to overcome.

We have been waiting a long, long time for Lapis Lazuli backstory, and “Same Old World” delivers it spectacularly.

“Mirror Gem”/”Ocean Gem” is, in many ways, the place where Steven Universe really comes into its own. While there had been previous hints to a deeper lore and over-arching plot, it was only with the introduction of Lapis Lazuli that the story’s full scope was finally revealed. No longer was this just a show about a magical boy having unrelated adventures in his seaside town. Now it was an inter-galactic tale about war, betrayal, and rebellion. 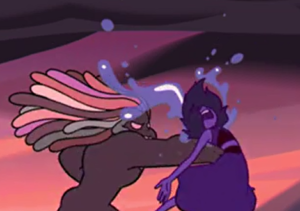 “Did you ever wonder who I used to be?” Lapis Lazuli demanded of the Crystal Gems once freed. The audience certainly has been wondering, and fifty-six episodes later, we finally get some answers. There had been a lot of theorizing about some great betrayal perpetrated against Lapis, but the truth is far more mundane, and almost more depressing for it. Lapis was simply a victim of circumstance, swept up in a war she never had any stakes in, mistreated by both sides. She was placed in the mirror and interrogated by her own people, and the Crystal Gems left her there for five thousand years. Upon being freed by Steven, Homeworld military immediately began mining her for information once again, and she took the first chance she got to fight back.

Lapis’s part in Malachite is much more complicated than simple victimhood, a point which she herself seems to recognize in “Same Old World.” “Who knows what they’d do to me back home, after what I did to Jasper,” she says to Steven. While Jasper was the one who originally coerced Lapis into fusion, Lapis held Malachite together even as Jasper actively tried to escape. I wait with bated breath to see how they continue to explore these issues. Any other show besides Steven Universe, I might be afraid that the dainty, feminine Lapis would be cast as having done nothing wrong, while the brutish, masculine Jasper is portrayed as the bully with no nuance. But I have faith in the Crewniverse, and I think we will see them excel as always with their dedication to treating real-world issues with the delicacy and respect they deserve. 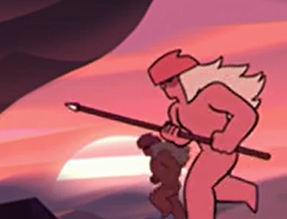 All the soldiers in Lapis’s flashback are depicted as large, orange warriors with helmets and nose-Gems like Jasper.

I wonder if her most recent trauma was hinted at during Lapis’s flashback. Every Gem in the battle, besides the one with rainbow dreadlocks who poofed Lapis, was a Quartz-like figure with a nose-gem just like Jasper. Our precedent for multiple Gem types so far are the Rubies from “The Answer,” and none of them had their Gem in the same location. Is this a hint that Lapis is an unreliable narrator in this moment? That she was projecting her fear and hatred of Jasper onto figures from her past?

And while said flashback was rather breathtaking, borrowing the silhouette style from “The Answer,” it gave us as many questions as it answered. Surely the hostile Homeworld Gems all being shades of pink is some kind of hint toward the ever-looming Pink Diamond mystery. What is the role of Lapis Lazulis in the Homeworld hierarchy, and what lead her to being sent to Earth in the first place? 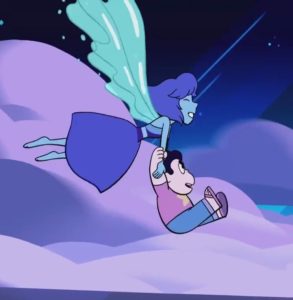 This episode goes to some dark places, but ultimately remains lighthearted through the genuinely touching friendship of Lapis and Steven. Despite their strong bond, the two of them have only ever interacted briefly, and here we finally see them working through the awkward first steps of friendship. Lapis doesn’t understand Steven’s humor or culture; Steven, sweet and naive as he still is, can’t help put accidentally tread on sore spots. Both are willing to work through these miscommunications, however, and it leads to some sweet moments. Between the sheer comedy of Steven introducing her to human cities, Lapis’s reflection as she experiences a forest for the first time, or the pair’s utter joy at flying through the night sky, “Same Old World” brings smiles to Lapis and the audience alike.

Lamar Abrams and Katie Mitroff boarded “Same Old World,” and it was gorgeous. The animation of Lapis’s hair blowing in the breeze, her tiny smiles, her shining eyes at Earth’s delights… Plus, the background design (led by Steven Sugar himself) was truly phenomenal, from the multicolored countryside to the bright lights of Empire City, and even Jersey. Sure, Lapis’s and Peridot’s hairstyles were a bit larger than we are used to, but discrepancies in storyboard artists’ designs is one of the charms of the medium.

Speaking of Jersey, I was twofold pleased with the line: “quit flyin’ in our sky, ya mooks!” On one hand, it’s good comedy. On the other, it’s more proof that the average humans of the Steven Universe universe are aware of magic. They just don’t care for it very much. 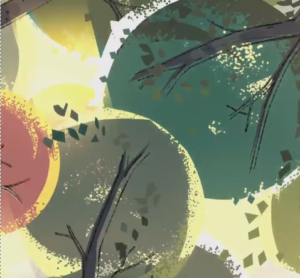 When Lapis awakes from her post-Malachite wipe-out, her first instinct is to fly off. She and Steven share a brief goodbye… only for the two to meet again the next day. Lapis explains that there is no way she’ll be allowed to return to Homeworld, leaving her effectively stranded on Earth once again. Steven’s certain, however, that they’ll be able to find somewhere on the planet that she can call home, so the two set off on a tour.

Steven shows her the beauty of woodland nature, the glamorous rush of Empire City, and the smog-filled skies of Jersey. The two share a touching playful moment as they swoop through the night sky… until they find themselves at the Galaxy Warp, where Lapis’s mirror was abandoned so many years ago. 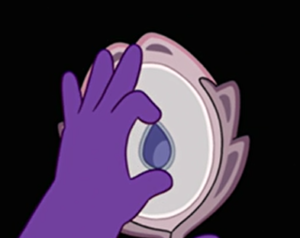 She shares with Steven the story of how she became trapped in the mirror in first place. A civilian Gem visiting Earth, she got caught in the war between Homeworld and the Crystal Gems, her physical form destroyed. When she was picked up by a Homeworld soldier, she was assumed to be an enemy, and placed in the mirror to provide information she didn’t have. She was left behind during Homeworld’s mass evacuation of the planet, and eventually found by Pearl, who saw her as a potential tool. With the stark reality of her past laid bare, she confides in Steven that she just doesn’t see how she could ever live on the planet where she was kept prisoner for so long.

Steven ultimately convinces her to give Earth a second chance, and to embrace its multi-faceted, ever changing nature. Her hope restored, Lapis agrees to make a new home at the barn… only to immediately run into Peridot, the Gem who took her prisoner as an informant. Oops.

Want more? Read our review of the hot new pilot on GemBC: “Fusion and the City”.

Previous:“Fusion and the City” Struggles To Stay Afloat
Next: Storm-Inspired Fan Film ‘Rain’ Has Been Released