The mother of all mommy issues is coming to a head when a “Storm in the Room” starts a-brewin’.

Ever since the season one episode “Rose’s Room”, where Steven was presented with a magical virtual reality machine that could produce almost anything — and where he met with a tiny floating whale that spoke with his mother’s voice — people have been asking, ‘Why doesn’t he just go in there to meet his mom?’ 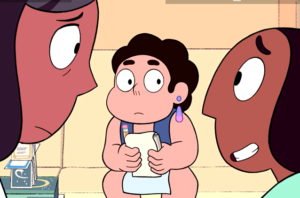 Well, Steven finally did exactly that. The results were perhaps precisely what the audience — and Steven — might have expected, but still made for a very compelling and necessary episode.

“Storm in the Room” picks up where “The New Crystal Gems” ended. Now that everyone is back from the zoo, Steven and Connie indulge in some much needed hanging out, with Steven admitting that he needs distraction after the exhausting events of the last few days. But when Connie’s mom runs late, and doesn’t pick up any of her phone calls, Steven has to try and distract her as her anxiety runs wild.

Turns out Dr. Maheswaran’s phone died. Steven watches their reunion, awkward like he rarely is. It’s not like he had an uncomplicated relationship with Rose Quartz before he realized she was a Diamond-killing, friend-imprisoning Gem, and fresh from his trip to Pink Diamond’s zoo, all of that has become too much for one teenage half-human to handle. He craves answers, not from the Gems or Greg with their various Rose Quartz biases, but from the source herself. 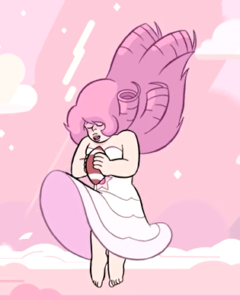 At first, the Rose Steven meets is the one whose image we were presented with at the beginning of the show. Graceful, loving, accepting. Someone quick to dote on Steven, to give him all the attention she could have, if only she had lived. As this portion of “Storm in the Room” progresses, so does this vision of Rose — from casual video game playing with flat-toned praise (“Yay, you won”) to a wonderfully ridiculous parody of Rose’s love for all things in the form of a sports metaphor.

Then comes cuddle time, and lots of subsequent sobbing from the SU audience. But when Steven goes to take a selfie with mama Quartz, all he sees besides himself is black. Interesting and apt, that even the clouds in Rose’s room are artificial. Steven wanted so badly to have his mother be as perfect as she was painted, having the truth thrust upon him — that it was him the whole time, crafting Rose as a doting, placid parent — sets off the titular “Storm in the Room.” 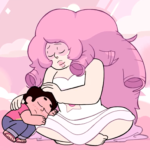 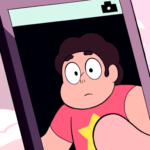 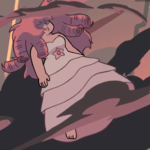 It comes down to the same question we’ve had since “Lion 3: Straight to Video”. The whole time, he was just talking to himself — not just in the way that everyone does when they imagine things, but in the sense that whatever Rose was, and whatever she was capable of, is Steven. What truly horrifies Steven is that all the accusations he slings at his mother: murderer, liar, hypocrite who abandoned their family — all of that also lies within him. That, and the lurking suspicion that he was just a tool created to deal with everything Rose herself couldn’t cope with.

In the end, Rose reminds him of the video she left him, explaining how much she wanted to have Steven and how much she loved him. “Do you think what I said to you in the tape was a lie?” “No. I’m sure — I’m sure you meant it,” Steven admits. And isn’t this the crux of Steven Universe? People are good and they are bad; they are sometimes heroes and sometimes villains, but love is the answer, the path to redemption.

I need you to know that every moment you love being yourself, that’s me, loving you and loving being you.

Even though every version of Rose from “Storm in the Room” are all from Steven’s imagination, she was with him. She’s always with him, and not just in the Gem at his belly. Lots of kids have to grow up without their parents for one reason or another, and I’m so glad Steven Universe exists to remind them that they’re not alone. And even better, as the end of “Storm in the Room” reminds us: families are deeper than blood. 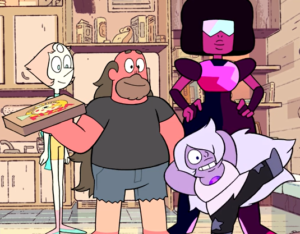 Previous:“Cloudy with a Chance of Meatballs” Prequel Series Gets Cartoon Network Premiere Date!