Storm # 3 Review: The Return of The Goddess 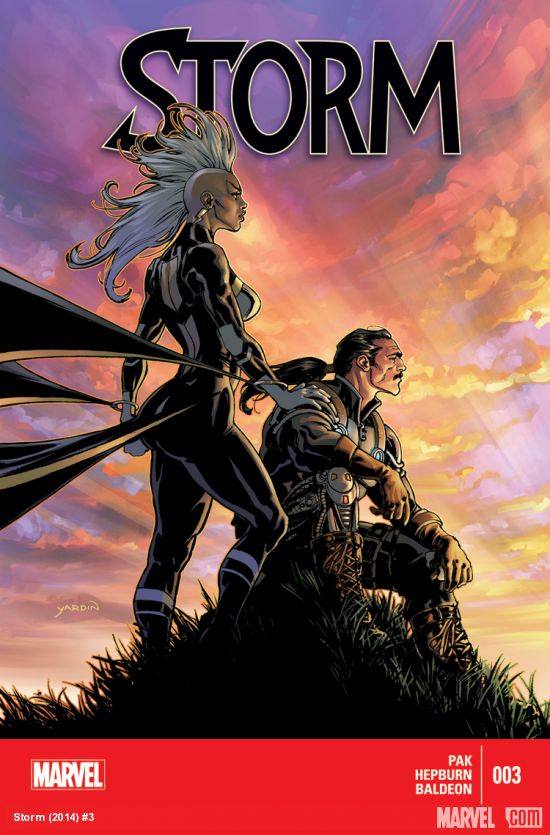 The current Marvel NOW! Storm solo-series has a more personal feel than other comic book series I’ve read. There isn’t any major arc moving the story, or Storm facing off against a major villain, or every issue ending with a cliffhanger. The current series is about Storm traveling the world and helping ordinary people.

While last month’s issue was about Storm trusting her nemesis, Callisto, with a group of homeless teenagers, this month’s issue opened with Ororo Munroe getting an invitation from a tribe in Kenya. I liked how Greg Pak took the time to provide readers with information about Storm’s past. He wonderfully summed up her life as a Goddess when she was a teenager. Storm has gone through a lot of changes since then and I like how she knows she’s a mutant but the ‘Goddess’ part still remains in her.

The issue also had her interact with Forge. For those of you who don’t know, she and Forge used to be romantically involved. Forge took away her powers under orders from the government. She went into depression and he helped her realize she had more to offer than just her mutant powers. However, Storm found out that it was Forge who took away her abilities and the two parted ways. The issue talked about their past relationship in a way that was easy for new readers to understand. 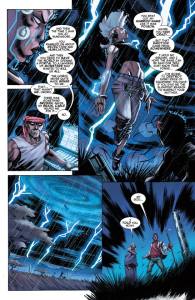 The story also talked about how Storm’s powers worked. One might think she can call thunderstorms whenever she wants, but her powers don’t work like that. She needs to keep balance because her powers affect Earth at a global scale. If she summoned rain in a particular area for a long period of time, her powers could cause a drought in some other place. Her powers are in tune with nature and that’s why she needs to delicately control every aspect of the weather when she uses them. This was something Forge and the drought-struck Kenyan tribe didn’t understand and it led Storm to destroy a machine that was supposed to manipulate the weather.

Two artists worked on the issue, and though Hepburn and Baldeon did a great job with the panels, I missed Victor’s take on the series. The current issue was very colorful compared to the darker tones and shades Victor brought in the previous two issues.

Storm is one of the best series to come out of Marvel. The sole female lead is POC, but the story is told in such a way that a lot of people can relate to it. Some fans might complain because the issues can be read as ‘one-shots’ and don’t necessarily link to one another. However, the pace is going to change next month after the ‘Death of Wolverine’ and Storm will be teaming-up with Yukio to fulfill a promise Logan made.

Did you read Storm #3? Are you enjoying seeing her speak her mind more? Let us know!