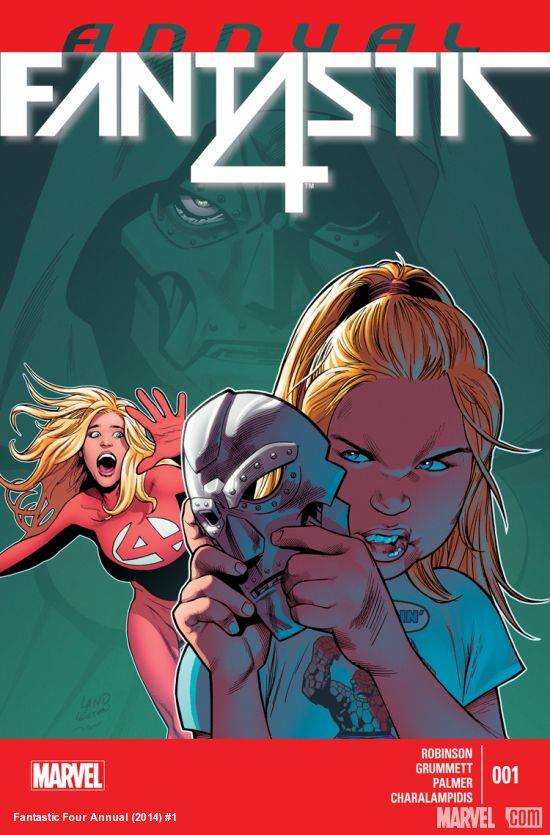 Fans of Sue Storm/Invisible Woman are in for a treat this week because she will be facing off against the mighty Doctor Doom in the pages of Fantastic Four Annual #1.

Written by James Robinson, the issue will show Sue heading to Castle Doom to save her daughter Valeria, who shares a connection with Doctor Doom. I haven’t followed the new re-launch of the Fantastic Four series, the one where the team changed the color of their costumes, but I will definitely be checking this issue out.

Sue Storm is one of the best examples of how women have developed in the comic book world. She made her debut in 1961, and though a member of the FF, her role was mostly that of damsel in distress and mother figure. A lot of the first issues in the series featured her being kidnapped and the male members of the team coming to her rescue. However, things changed over the years and her character, as well as her powers, developed, ultimately earning her recognition as the most powerful member of the team. I’m excited to see how the Invisible Woman fares against Doctor Doom in his own territory.

Will you be picking up Fantastic Four Annual #1 on October 1st? Are you excited to see the Invisible Woman fight Doctor Doom? Will she be able to save Valeria? Let us know!