Supernatural 10×12 Review: About A Boy 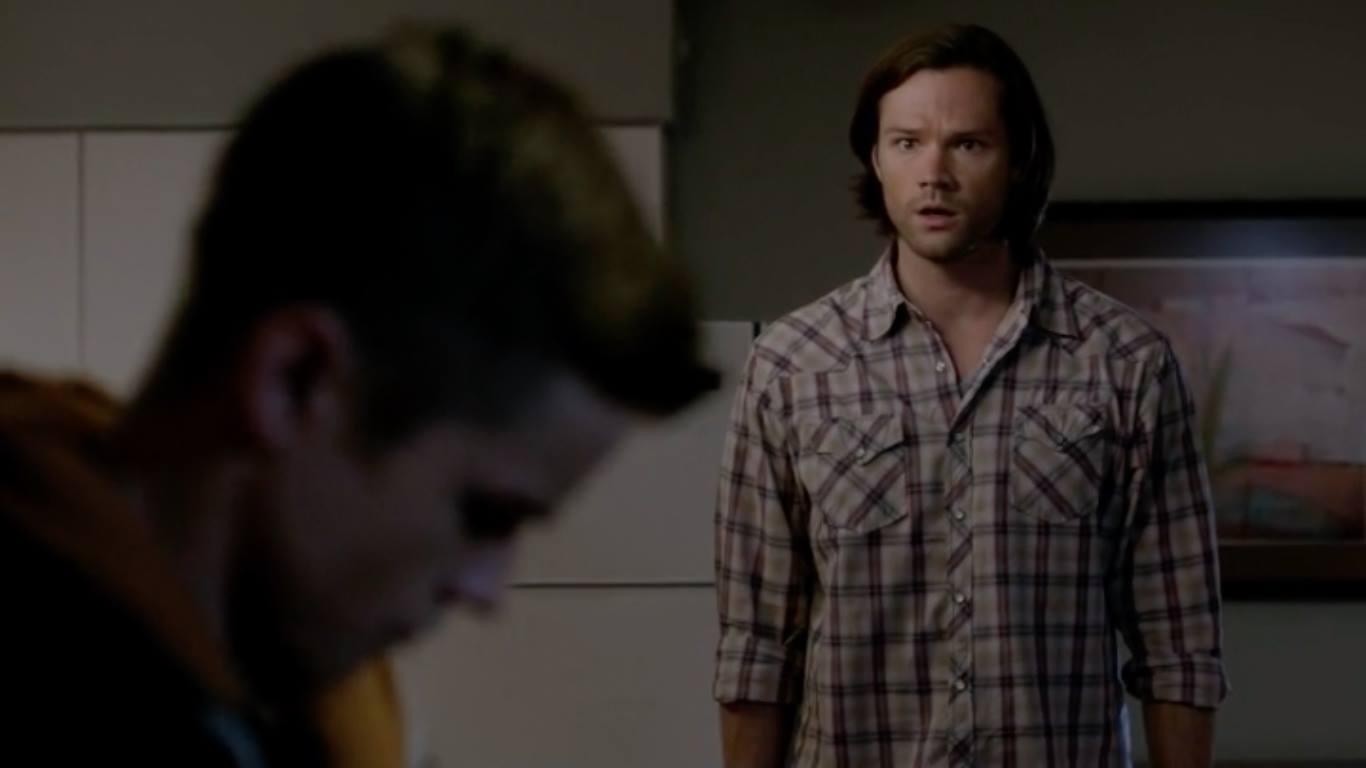 I honestly don’t think I will get over how much I love Season 10 of Supernatural. Seriously, they must have made a deal with Crowley himself because every episode has been truly awesome, and “About A Boy” is definitely no exception. This week we find Dean de-aged and fighting a witch. Yes, I’m sure similar fanfic exists, but this is the fanfic season, after all!

I don’t know where to start with my appraisal of this episode. I know that I have been saying that every week, but I’m not the kind of person to lie. The past three seasons with new show runner Jeremy Carver have really stepped up; we haven’t seen the likes of them since Kripke himself. (Not to besmirch Sera Gamble, but no one kills Cas for so many episodes and gets away with it. Seasons 6 & 7 have some good elements and things I love, but the only time I full-out quit the show since the beginning was when Cas died in Season 7. But I digress.) 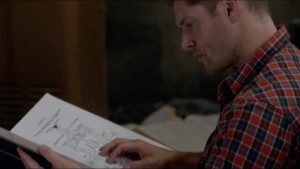 I loved the sequence with Dean pouring over research to the tune of James Gang’s “Ashes the Rain and I”. The songs definitely do tell a story (as always with this show), but this was truly heart-wrenching. I still maintain that my favorite episode opener of all time was from “Lazarus Rising”, but this is definitely up there in regard to favorite scenes. Not just the choice in music, but the editing and imagery as well. Dean is desperate, and holes himself up not only to find a cure but to seclude himself from others for their own safety.

With the Teenaged!Dream – I mean, Dean (ha, I couldn’t help the joke) – we also see the return of Dylan Everett, who played young Dean in last season’s “Bad Boys” (9×17). He did an amazing job mimicking Jensen Ackles (who I’m sure enjoyed having most of the episode off). The chemistry between Everett and Jared Padalecki was similar to him and Ackles, and the banter was excellent. Padalecki definitely got some good swipes in, and it’s nice to see Sam being a bit more relaxed. I feel like it had been a while since we got to see some lightheartedness between the brothers, even though one of them wasn’t old enough to drink! The seat gag was probably my favorite, though I would have loved a joke about the massive height difference. And seeing Ackles in a varsity jacket and hoodie has surely sparked many a fanfic since last night. 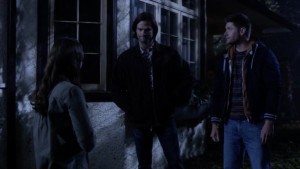 I also like the drop-in lines to the overall plot arc that they are revealing this season – not only to the Mark of Cain, but in regards to Rowena as well. I felt so bad for Dean, finally having a way out, a way to be free of the Mark (even though that would mean the departure of Ackles and a whole host of other ruined plots), but he did, in fact, pull a “Dean Winchester” (as Sam put it), and sacrificed himself, yet again putting the needs of others before his own. That’s why I love this character so much, but he definitely deserves a break. Good karma has to come his way…or at least some pie!

As for Rowena, we can now see why she is so adamant about getting Crowley to be nice to her again. She needs protection. She’s done something to irk the Grand Coven (yes, definitely an 80s hair band name), but we don’t know what that is as of yet. I’m sure no one expected that she was being honest about her intentions regarding her abandoned son, but this definitely proves it for any doubters out there.

I did like the mirror of Tina they used for Dean in this episode. She was shown to be a screw-up but was smart enough to take the second chance once it was given to her. I feel that it gave Dean the sense that there was light at the end of the tunnel even after everything he’s been through. Pretty much every episode has lent itself to demonstrating to Dean that things do get better, that he can go on, and that the Mark is not his ultimate downfall. Reiterating one of my favorite lines from all of Supernatural: “Decide to be fine ’til the end of the week. Make yourself smile because you’re alive and that’s your job. And do it again the next week…I call it being professional. Do it right, with a smile, or don’t do it.” (as said by Frank Devereaux in 7×11 “Adventures in Babysitting” – told you I did like parts of the Gamble era!) 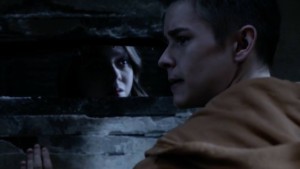 Ultimately, this episode was definitely another in a long line of good storytelling on behalf of the Supernatural writing staff. As a final note, I also want to point out the use of the Taylor Swift song “Shake it Off”. As a recent(-ish) fan of hers, it was awesome, and the use of that song in particular was clearly another message to Dean. Swift even said that the lyrics mean that “people will find anything about you and twist it to where it’s weird or wrong or annoying or strange or bad”, but you can’t let that dictate who you are. Living with the Mark and not letting it take over his life is something Dean is hopefully starting to learn. In the meantime, he needs to just shake it off.