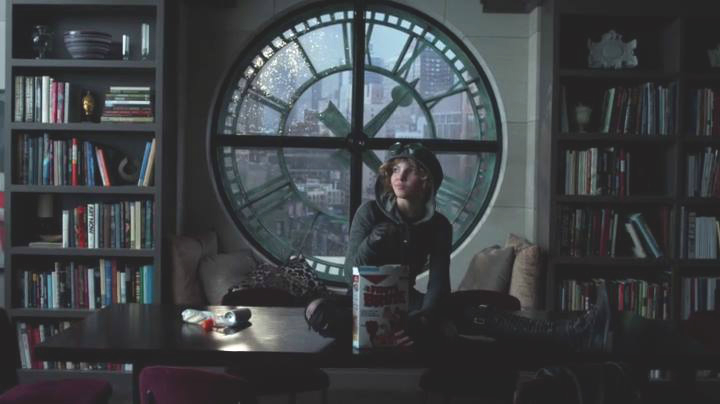 This week’s episode of Gotham focused on the origins of the villain Scarecrow and featured romance between some of the characters. It also had some funny moments which I liked and I have to say that I found “The Fearsome Dr. Crane” to be one of the better episodes this season.

As the title of the episodes states, this week’s villain was Dr. Crane, father of the famous future Batman antagonist named Scarecrow. For those of you who are not familiar, Scarecrow uses a variety of drugs and psychological tactics to induce fear in his victims.

Dr. Crane scares his victims, all of them who have specific phobias, and then takes their adrenal glands when they die. With how things went, I think he’ll be using the cortisol secreted by the adrenal glands to create a powerful fear-inducing drug. Next week’s episode is, after all, called “The Scarecrow” so I’m looking forward to seeing how Gotham handles the comic book villain.

As far as the romance in the show is concerned, I liked Harvey Bullock falling for a red-haired woman and saving her from Dr. Crane. Seeing him bond with someone at a romantic level really helped give his character some layers.

I don’t know what the show is doing with the Gordon and Leslie pairing. Is anyone even invested in those two? We all know Barbara is going to be back sooner or later so why try and make the audience feel something for such an odd pairing?

The potential romantic couple I do like the most is Nygma and Kringle. I don’t know, I just enjoy those two interacting with each other. Edward Nygma is another famous villain from Batman lore and I liked how the writers went dark with Nygma’s character this week. He came up with a plan to frame the current medical examiner at the G.C.P.D. because he wouldn’t let him examine the corpses. I do have a question though: where did Nygma find all those limbs to shove into the locker to begin with? 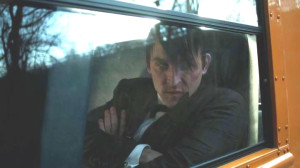 As far as the plot is concerned, Penguin seems to be in a lot trouble. He betrayed Fish Mooney who, in turn, told Maroni about Penguin working for Falcone all along. Maroni’s taking Penguin to the countryside was tense and suspenseful though, of course, we know the Penguin can’t die yet.

So, what will Penguin do now? I guess he will go back to Falcone and try and manipulate him to end Fish and Maroni for good. I have to admit, I loved how a church bus ended up giving a lift to Penguin back to Gotham.

Baby Bruce also booted Gordon off the Wayne murder case because of what Selina told Bruce and his belief that Gordon hasn’t been making any progress. I think Baby Bruce and Alfred will be able to do a far better job finding the Wayne murderer and I’m looking forward to seeing that. It would be more fun if Selina joins the team, too. She knows the streets of Gotham better than anyone.

What did you think of “The Fearsome Dr. Crane”? Do you like Gordon and Leslie as a couple? Selina living in Barbara’s place was awesome, right? Does anyone care about Fish anymore? Let us know!