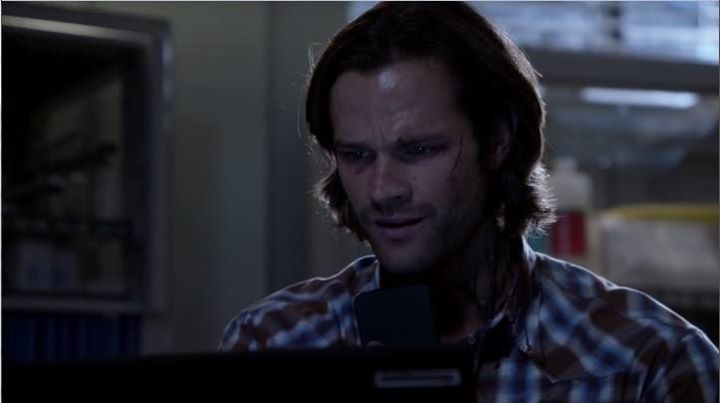 I didn’t go into the new season with much hope. I’ve done that in previous years and gotten burned. Season 9, I’m looking at you. Interestingly enough, I was pleasantly surprised. The show, in an effort to make up for past mistakes from both characters and show executives, has gone back to the golden years of the show for inspiration. They’ve taken these ideas and twisted them, which is both good and bad. Many of the characters, both recurring and new, are essentially reverting to bigger and better versions of characters in season 5. The new season shows great potential. However, issues remain.

First, the parts that I loved.

Sam has returned to the faith and is searching for an answer from a higher power. This time, they seem to be answering in fairly short order, but the answers they give need intelligence to decipher. I liked how Sam was able to use the minor comment of the interesting new Reaper to solve the big issue of his story-line. It was a logical leap as well. If the illness is caused by a biblical entity, biblical means of curing things should work. The hallucination, though, is worrying. Was it trying to hint at the need to hurt oneself to cure the illness, or is it related to future events? Sam’s continued lying doesn’t bode well, especially following that great speech, but hopefully it’ll be addressed in the near future. His makeshift taser was also quite a treat. Seeing the boys improvise really underlines how intelligent and adaptable they both are, and part of why they’ve survived as long as they have in a job that results in such a short shelf life.

Dean spends most of the episode apart from his brother, dealing with Jenna and the baby. He shows that he’s grown and understands the speech from last episode, trusting that his brother can handle himself while he deals with a separate but related case. I also liked that he calls Cas as soon as he can. This is a refreshing return to the Dean from the end of season 5 who was protective of both friends and family alike but able to trust and protect without smothering. This version of Dean is one I’ve wanted to see again for a very long time. 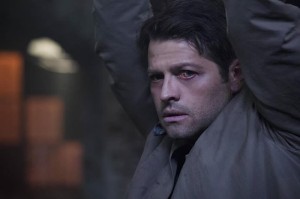 Cas seems to be in a similar position as he was in the tail end of season 5. He’s lost, desperate, trying only to get help and keep from hurting anyone, and having lost his faith in God. All he needs now is a well-placed liquor store. It’s hard to see him so beaten down this early in a season. I’m glad that in the end, he finds his way home to the bunker. Hopefully, the boys spend the entire next episode trying to fix him; they owe him that much. I also hope that we’re given the treat this season of seeing Cas come face to face with God himself. After the events of the last 7 seasons, I think Cas could use the cathartic effects of a good solid shouting session at his Father. Plus, I really want to see everyone’s reactions.

Crowley seems to have reverted to course as the ultimate Evil character, much to the dismay of Dean. Dean can’t even say he didn’t see it coming. Both Dean and Sam have been warned that Crowley wasn’t their buddy over the last handful of episodes, not to mention Crowley’s warning in 5.20. Much like the “anything goes” manner he treated the people in the lobby of the pharmaceutical company in season 5, he treats everyone in the episode as expendable. The fantastic young sheriff is eliminated with a snap of his fingers as soon as she ceases to be of any entertainment value, and the family that he has in the van clearly doesn’t merit a moment’s thought in his mind. It’ll be interesting to see just what he wants Amara for, and who comes out on top in that face-off. The King of Evil versus the ultimate amoral force that eats souls for dinner.

I wonder if it’s even occurred to him that Demons are essentially corrupted souls without the hard candy shell? If you’re made of marshmallow, why take home a match?

The rise of the new Reaper brought to mind the introduction of Death himself in season 5, a link I feel is deliberate, thanks to the Reaper herself singing a version of the traditional American folk song “Oh Death” that was previously used in Death’s introduction. The new version of the Reapers feels a lot more foreboding then they have been in years. The re-imagining of Reaper lore in recent seasons left the species rather diminished, now somewhat mitigated by the power and authority that emanates from the new Reaper, Billie. It’ll be interesting to see her more, and to see if the other Reapers of the season are similarly beefed up and restored.

On a side note, I enjoyed the fact that the new Reaper is a woman of color. Nice of the show-runners of Supernatural to listen to our requests for more powerful female characters and greater diversity in the Supernatural universe. Now if only they treated them better over the long term. More on that later.

The Angels are one of the few species that seem to veer in a different direction than the way they went in previous seasons. The Angels now doing everything by group vote, rather than waiting for the strongest Angel to tell them what to do, is an improvement in general. Unfortunately, it also demonstrates that improvement for the Angels as a whole doesn’t necessarily mean good things for the Angels on top or for our heroes. They also showed that they finally have the capacity to realize that if you force Castiel to choose between Angels and the Winchesters, the Angels aren’t gonna be the winners. And it only took them 7 years. Sadly, our heroes’ singular asset in Heaven suffers the price of these developments. Personally, I’m adding her/him to the list of “resurrect these individuals” that I hope God returns to the world once he drops his rum-filled coconut drink on that beach in Tahiti and joins the fray. (Any day now.)

Did I mention that I really love Andrew Dabb? Thanks for the little diversity bits like the throw away line that Jenna, the sheriff with a religious background, wasn’t straight. It’s nice to see characters that look more like real people, rather then cardboard cutout stereotypes.

That’s about it for the great parts, which brings us to the not so great parts. 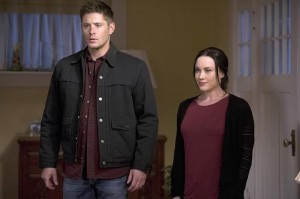 Looming the largest is the continuing trend of eliminating the allies, especially women. In the episode, they eliminate all but two of the female characters. The unnamed female extras living in the end is nice, but that doesn’t excuse the senseless killing of the named ones. You can’t just balance the scales to make it better; you also have to treat the ones you have well. If someone has to die, make it mean something. Let them go out fighting, give them an ending to be proud of. And no, stuffing Hannah into a male vessel doesn’t let the show off the hook with her/him. Male vessel or not, I’m including killing Hannah on the list of Supernatural Sins.

If you want the viewing audience to stop complaining about the treatment of minorities and female characters, the answer is to treat the characters better. The inclusion of a woman of color as the awesome new Reaper was a great step forward, but without showing that the show has learned from its mistakes thus far, I’m not betting on keeping her for very long. And the whole concept of “better to have loved and lost…” is a total load of hooey. Fix your mistakes, let the characters continue to grow like they have these last two episodes, and maybe then we’ll start giving you a little more slack. Maybe.

There were a number of nice bits that raised questions or pointed towards interesting things in the future. For example, Billie the Reaper threatens to dump Dean and Sam in “the empty” the next time they died. Where is this empty area? Is it Limbo? Is it where Angels and Demons go when they die? Will we ever see it, or is Billie bluffing? Lots of unanswered questions there.

Amara eats souls to grow. It makes sense, but leaves a question: What source of energy did she eat before Humans came along? Archangel Grace? Is that why Lucifer and Michael are so afraid of her?

Jenna was hurling Angel figurines to the floor. And one of the voices Sam hears when he tries to purify himself sounds a bit like Lucifer. Lots of Fallen Angel imagery in the first few episodes.

One thing did bug me to no end. They still haven’t completely cleaned up the Library from the attack on the Bunker by the Styne family in 10.22. Even if they got the bodies and all the blood up, the books are still stacked up in a pile. Those books were soaked in gasoline. I hope those things aren’t ruined now. The bibliophile in me weeps for the books, and from wherever the Angels stashed him in heaven, I’m sure Bobby is, too.

Overall, a decent job, Supernatural. Using examples from previous seasons to guide you will work if you understand and learn from your mistakes. If you can keep the plot and character growth going and correct your issues with diversity, season 11 looks to be quite the ride.