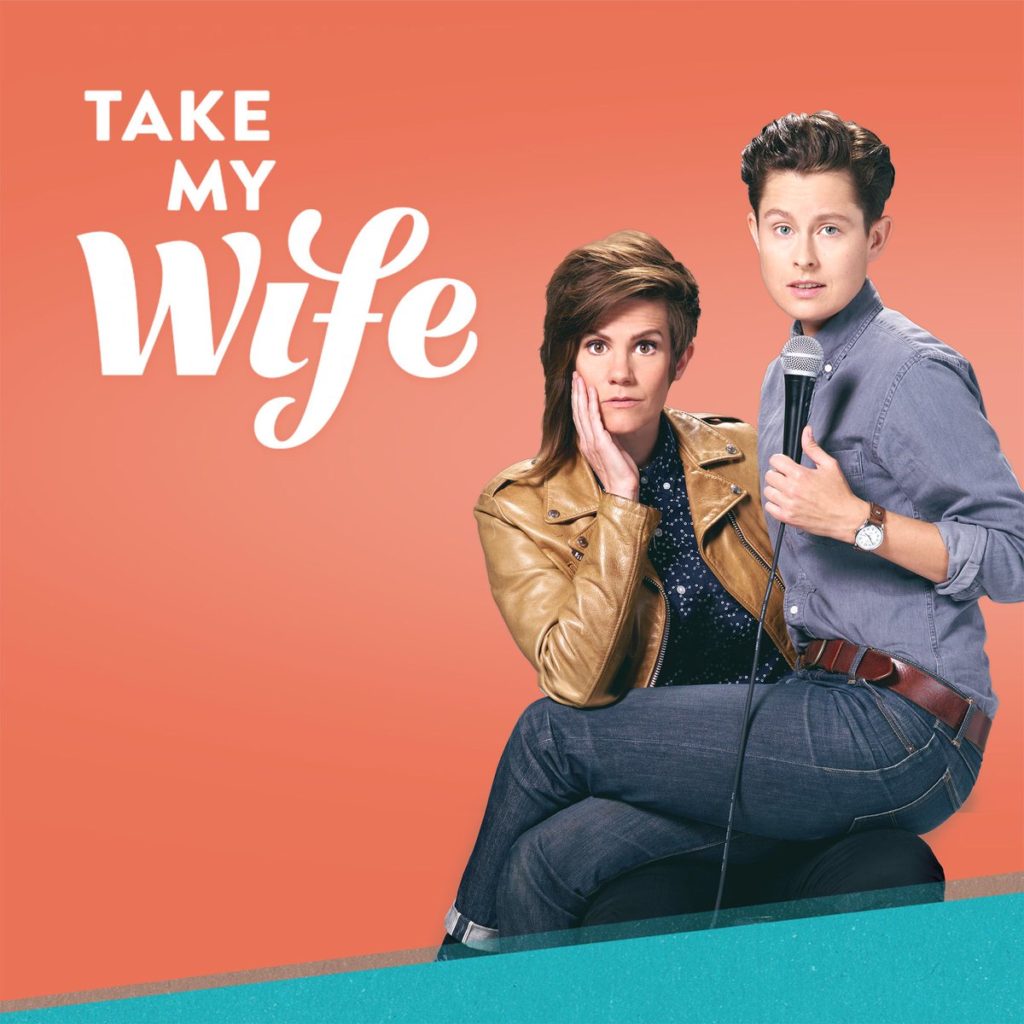 Starz announced today they had acquired a few series including TAKE MY WIFE (which was nominated for a GLAAD award), BRIAN POSEHN: CRIMINALLY POSEHN (from former Marvel Comics writer Brian Posehn), ANDY RICHTER’S HOME FOR THE HOLIDAYS, and more.

Starz is ready to offer some fun shows to fans looking for queer, and comedic content. The network has announced picking up a number of projects.

New York’s Funniest has “hundreds of hopeful comics” coming to the famed Caroline’s in New York City to see if “they have what it takes to be New York’s Funniest.” Leslie Jones and Michael Che (from SNL) will be hosting the semifinals and finals.

Brian Posehn: Criminally Posehn
Brian Posehn brings his signature style to Comic-Con in San Diego and rocks the House of Blues in this new hour featuring hilarious stand-up and some over-the-top surprises.

Sklar Brothers: Hipster Ghosts
Comedy is a family affair for brothers and comedy duo Randy and Jason Sklar (“Entourage,” “It’s Always Sunny in Philadelphia,” “Maron,” “Curb Your Enthusiasm”). Their brotherly chemistry, unique team delivery and complementary styles contribute to the incomparable energy of their shows. Filmed at the Lincoln Hall theater in Chicago, this all-new stand-up special from the Sklar Brothers tackle topics such as politics, parenting, canine racism and who might haunt us in the afterlife.

The Pistol Shrimps – available June 1
This documentary focuses on an eclectic group of actresses, musicians, writers, comedians, and moms who compete in the Los Angeles women’s recreational basketball league. The team that started it all is the Pistol Shrimps, whose lineup includes Aubrey Plaza (“Parks & Recreation”). From inspiring a podcast to creating their own merchandise, this group of exceptional women proves that organized sports can be enjoyed at any age and any skill level.

Starz has had some wonderful queer-inclusive content including Spartacus and Black Sails. So, it’s good to see the network, while offering viewers a lot of comedic content, didn’t forget from queer representation.

What are you looking forward to seeing? Let us know.

Note: Farid-ul-Haq contributed to this piece.