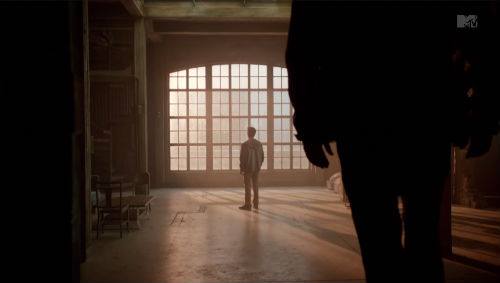 Last week we received an extended look at the final four episodes of this season of Teen Wolf. It promised a lot of action, violent injuries, fight sequences, and genuinely spooky moments. So how does the start of this four-episode conclusion begin? With an hour of exposition, backstory, and a motley team-up of characters talking about what they should do instead of actually doing it.

Let me begin by saying that I think it’s really significant for MTV to discuss the internment of Japanese Americans during World War II. This is an important topic that is often overlooked if not totally ignored in American schools so bringing it to the forefront of a show with a huge teenage audience is great. 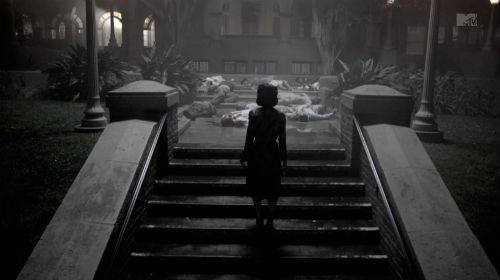 I’m not that familiar with the Japanese internment camps or what life was like in them so I can’t say whether or not the way it was portrayed in this episode was accurate or not. Of course, it’s a television show with a young audience so it’s not going to be terribly graphic (though it is interesting that an episode taking place in a mental health facility gets a trigger warning but one that heavily featured an internment camp did not). For those who are somewhat familiar with this portion of history, how do you feel with its depiction in “The Fox and the Wolf”?

Unfortunately, what could have been a really interesting dip into history and clarification of Kira’s family background took an agonizing hour to get across. Like Katashi’s lecture back in “Silverfinger”, Kira’s mom simply stood around and told this long story about her powers, her (yet another Romeo and Juliet) love story with an American medic at the internment camp, the criminal doctor and soldiers, and finally, that she created the nogitsune, which accidentally possessed the body of her dead American lover. She did this all while slowly piecing together a powerful katana for Kira to use.

Look, I appreciated the mom’s backstory and I thought the glimpses into the interment camps were well done. I just wish it been more punchy and exciting. Instead, what could have been a compelling and quite horrific narrative of corruption, pain, and blatant racism turned into a long yarn about forbidden love and the inability for foxes and wolves to get along.

The highlights of this sequence, however, included Kira’s father who manages to survive an attack from Stiles and continue to be quietly funny, compassionate, and understanding. Let me just add him to my collection of favorite Beacon Hills parents. I also enjoyed the self-awareness Teen Wolf has finally seemed to be growing with Kira and Scott’s impatience with Kira’s mother’s storytelling skills. Scott’s declaration that she told them nothing at the conclusion made me laugh because it seemed like a wink to the audience and a “Yeah, we know,” admittance of the show’s questionable writing. 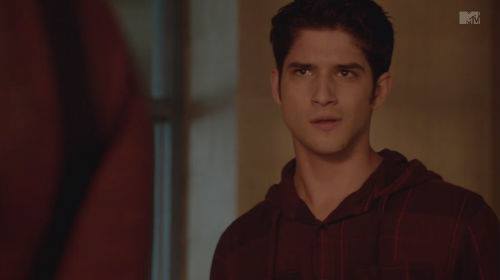 Also, doesn’t it feel like Scott isn’t the main character anymore? For the last couple episodes, it seems that all he does is stand around in the background as the other characters gather information about Stiles. If anything, it’s like Stiles is the main character and Scott has been pushed to the wayside. I genuinely miss him and want to know more about how he is handling all of this. He’s our hero, after all.

The other main storyline again could’ve been really interesting. It’s not everyday that we see Derek, Chris Argent, Allison, and the Sheriff team up. I wish we had seen more of them in action rather than the four of them hashing out plans and then discussing the weaknesses in them. While I enjoyed seeing them try to deduce the nogitsune’s next steps over the meaningful chessboard in Stiles’ room, I wish that the episode wasn’t simply more filler and less action. Also, the audience never saw the Sheriff be made aware of the nogitsune’s presence in Stiles. Yet this episode opened with him knowing about it. This seemed like a pretty big oversight on the writers’ part. 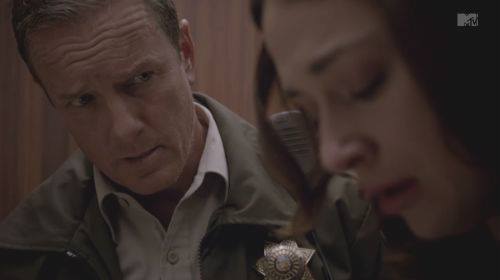 Nonetheless, I am glad to see him playing an active role in trying to get back his son and his scene with Allison, who finally cracks under the pressure, was moving and one of the most genuine this season.

The conclusion of “The Fox and the Wolf” seems to gear us up for the final three episodes. It rather feels like we’re at the top of a rollercoaster and things are about to get crazy. I certainly hope so because this last episode was a lot of exposition and build-up for what has been promised to be an explosive conclusion. We’ll see.

What are your thoughts?