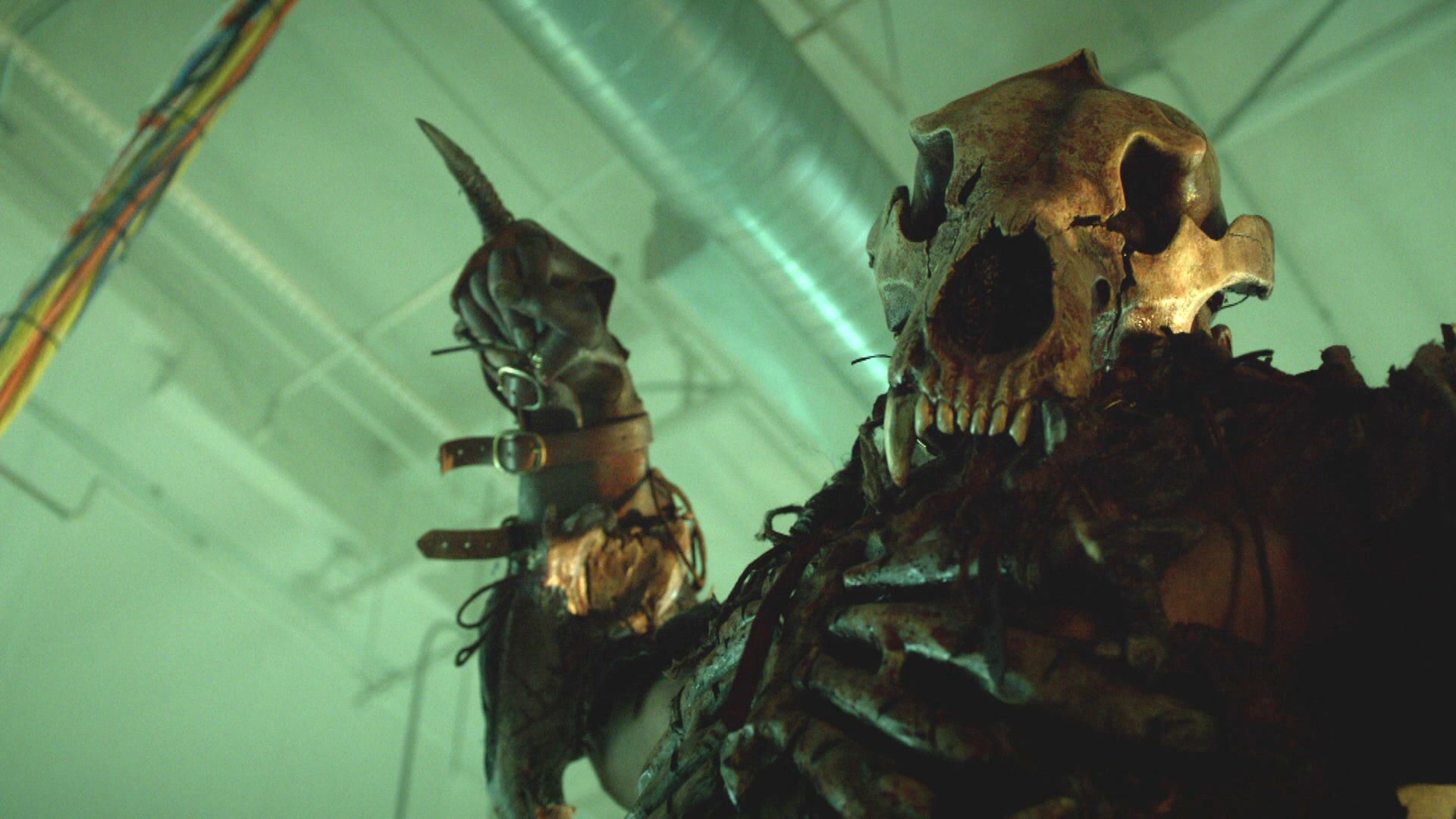 I want to preface this review by saying that I am genuinely enjoying this season of Teen Wolf. It’s been ridiculously heartfelt fun – everything that made me fall in love with this show – which is why it pains me to say that this episode was a bit of a mess. Not that it wasn’t enjoyable, and there were some memorable moments, but overall there was just too much going on. They’re going for action packed but it was just kind of packed.

Teen Wolf has had pacing problems before. That happens when you’re trying to tell 4 seasons worth of stories in just 12 episodes. So far this season has managed to find that perfect mix between a fast passed music video style and important character moments. Unfortunately it seems they were just saving all the information up to they could dump it all on the audience in “Orphaned”. 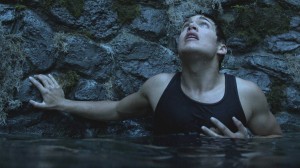 There were essentially 3 main plots in this episode. They have to find Liam, they have to find Ken Doll’s pack, and they have to figure out the third cipher to unlock the final names on the dead pool. While each storyline is obviously leading towards the overarching season arc this episode does nothing to attempt to connect them; as a result it almost feels like the characters all on different shows. Occasionally they guest star in another person’s story without any explanation, which is super jarring, but none of them are interested in what’s going on outside their little bubble.

Maybe it’s just that it’s such a contrast from the last few episode, which have – much to my delight – involved the core characters working together or at least communicating in some way. Even when they were not actually talking to each other, they were still connected.

There was no flow and the transitions were stunted, which is just so disappointing because there were some seriously cool moments hidden between the convoluted mess of plots. Scott desperately searching for his new beta even though he’s still struggling with his role as alpha. Derek dropping knowledge bombs all over the place – seriously though I need more secret-werewolf-scholar Derek in my life. Malia just walking out of class because Derek crept onto school grounds and whispered to her from a distance. I live for that stuff! The rest of it, not so much.

For starters: badass Japanese werewolf Satomi’s entire pack are white. Why? That doesn’t even make any sense. It’s like they went out of their way to be less diverse. Ken Doll assassin (I didn’t bother learning his name) is the least threatening villain ever and I still don’t understand what his plan was. There was so much death and mortal peril in this episode, which should have made it more exciting but there wasn’t time to feel any of it. The Sheriff is in trouble, oh wait, he’s okay now. What?

Teen Wolf continued it’s fantastic track record of representing mental illness (that is sarcasm). The sooner they leave Eiechen House behind the happier I will be, especially now that Meredith is gone. She was the only good thing to come out of that place and I will forever be disappointed that her death was lost in the mess of this episode. While her death was heartbreaking and it will no doubt effect Lydia in the future the emotional impact was muted by the time limit because they tried to fit too much into this episode.

IMPORTANT: If you are someone you know is feeling suicidal please contact your local suicide prevention hotline. 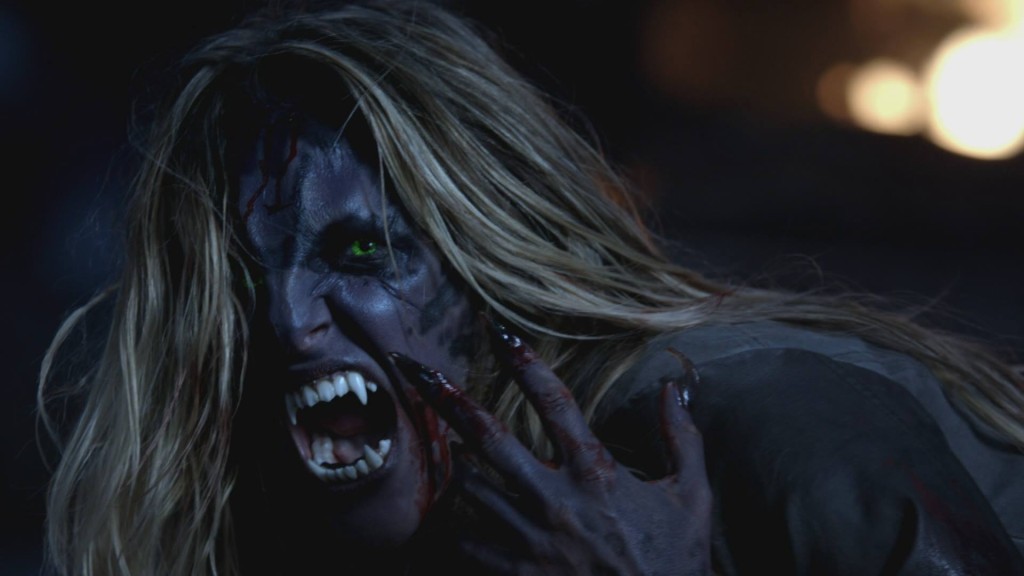 This episode was not a total loss though, because it gave me something that has been on my wish list since season one: Kate and Peter teaming up to be evil together. It was everything I ever imagined it could be in a beautiful melodramatic Bond villain kind of way. I’m loving the parallels to Season 1 in these episodes and they way they are used to highlight how much and how little these characters have changed.

Derek and Scott’s personal journeys are definitely the highlight of the season and this episode in particular. I don’t really understand Lydia’s motivation. I get that she’s frustrated about her powers but it would be great to see them delve into her emotional state more. I do love all her scenes with Deputy Pretty Eyes and Stiles made a nice addition to that duo this week.

Speaking of Deputy Pretty Eyes, I’m just going to assume he’s evil until told otherwise because it will hurt less that way. He’s great though, a fantastic mix of ambitious motives and likability. He’s got to be too good to be true right? And he appears strangely unbothered by his name appearing on a hit list. Liam was great as well, pulling himself out of the belly of the beast ready to become second in line for the crown of Beacon Hills hero. Those are two new characters that I am falling for fast. I’m not at all sorry to see the murder teens go.

Finally, the ladies were under utilised this week – with the exception of Lydia. Malia and Derek were great together but she didn’t really have all that much to do and Kira was totally MIA – she was sorely missed. Stiles also had nothing to do, but he hasn’t really had anything to do all season. So many people are saying Malia is a ‘love interest’ when so far Stiles’ role has been more ‘love interest’ than Malia’s. 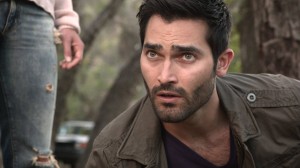 As far as Derek’s name being the cipher key, well it’s not really surprising. It wouldn’t be Teen Wolf if Derek wasn’t being stalked by something that wanted to kill him. He’s been slated for death in every season, but who knows maybe this will be the time they actually follow through.

They got through so much narrative this week they should be able to go back to reasonable pace in the next episode. Hopefully “Orphaned” was an anomaly and next week Teen Wolf will be back on form because I really want to go back to enjoy this show the way in did during the first 5 episodes of this season.

What did you think? Were you sorry to see the murder teens go? Are you excited to see Kate and Peter work together? Does Coach have the plague? Do any of these kids even know what a cassette tape is? Let us know in the comments.