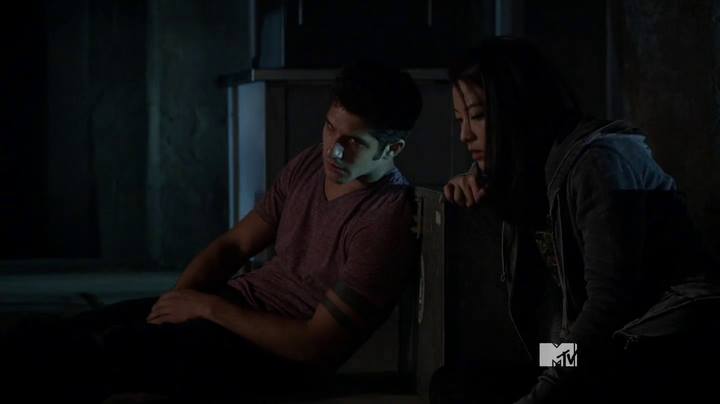 We’ve passed the mid-season mark and still almost all of the episodes of Teen Wolf have been about the gang surviving assassination attempts rather than the plot moving forward. This week’s episode followed the same trend, featuring assassins that popped out of nowhere.

Our Beacon Hills heroes haven’t come any nearer to finding the true identity of the Benefactor and I think that’s going to drag on for another couple of weeks. Though the episode was mostly filler, it still had some enjoyable scenes. The gang arrived to school on a Saturday to take their PSATs, except Lydia because she gave the test in her freshmen year, duh! I’m guessing the same holds true for Danny, because he wasn’t seen or mentioned even though his whole school year was present for the test.

A virus started to infect the student body and that’s where Beacon Hills High started to remind viewers of Contagion. As there wasn’t really much of a plot, let’s talk about the characters. 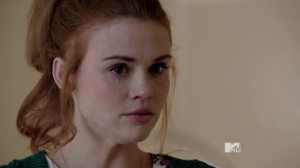 Ever since Meredith’s death in the previous episode I’ve wanted a scene where Lydia apologized for her behavior. Jeff Davis might not give us proper funerals, but at least he gave us a scene where Lydia got some closure. I greatly enjoyed the scene where Lydia took out some of Meredith’s old things and tried to talk to her. Meredith definitely knew about the panic room in Lydia’s house, and I hope we get to know more about her relationship with the Martins. The mystery behind the Martin family and their link to banshees feels more interesting than the whole ‘Who is the Benefactor?’ mess. There’s also something weird about Lydia being worth $20 million compared to Meredith’s $1 million even though both are banshees.

Kira’s absence in the previous episode wasn’t explained. I thought she had been busy trying to keep her mother safe after her name appeared in the dead pool. Kira played an important part back in Season 3B but since then her role hasn’t been much. Even her Kitsune powers haven’t grown. There have been no indications of her being a powerful trickster spirit, and she hasn’t even used any of her fox-like powers. Currently, she exists to add a POC female character to the main group. She needs to have an arc of her own in order to be relevant. She did absolutely nothing this week.

Malia freaking out during the PSAT didn’t come across as funny. The character was clearly uncomfortable and it went to show that she shouldn’t have been in highschool in the first place. Another thing that didn’t feel right was the absence of Malia’s father when the school was quarantined. Back in 3B he was shown to have strong feelings for his daughter and completely disappearing from her life doesn’t seem right. Apparently, parents aren’t even mentioned in Beacon Hills unless they add to the plot.

Malia’s little arc of being a Hale picked up speed near the end when she found out about her identity from the dead pool list. The only thing I have against her being a real Hale is that if diminishes what I think of Talia. I can’t understand how a powerful alpha like her could’ve given away a baby, a potential were-being, to a normal human family, and not keep an eye on her when she went missing in the forest. That’s a huge plot hole, and knowing Jeff Davis, it will remain ignored. However, I’m curious to see how Malia and Peter’s ‘father-daughter’ relationship is going to play out now that she’s clearly upset with Stiles. Scott still has the money under his bed and it will be interesting to see if the two friends use it to help their parents, unless Malia gets to it first in order to break the ice with Peter. By the way, how did the Benefactor even know she was a Hale? 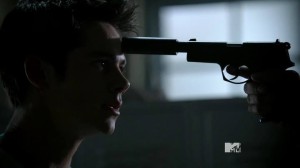 Stiles was the hero of the episode and he had a lot to do. He figured out how the virus reached the school and he didn’t give away the location of his friends to the assassin even with a gun pointed to his head. Not to worry, because he was saved by Papa McCall. The sequence would surely provide some interesting material for Stiles/Rafael fan-fic writers. Stiles also shared some emotional scenes with Scott and Malia and Dylan O’Brien played them well, as usual. The scene where he tried to open the Hale vault and kept yelling Scott to save himself pulled at my heartstrings.

Satomi, a familiar face, also made an appearance and she performed moves from The Matrix to take out an assassin. Why can’t Derek fight like that? Or is it a Buddhist werewolf thing?

Speaking of Derek, I don’t feel anything for his blossoming relationship with Braeden. It just doesn’t make sense for Derek to be falling for a contract killer. Maybe he’s not the real Derek? There’s meta flying around on the Internet that the real Derek is still trapped inside the catacombs in Mexico. Whatever the case I would like to know more about Braeden and how she’s the only one who appears to be human after being clawed in the face by an alpha.

This week’s episode again introduced killers that didn’t have any backstory just so the gang could survive another attempt on their lives. I don’t think we even got to know the names of the man who brought the virus to the school, or the woman who tried to attack Satomi. Teen Wolf needs to start moving the plot forward, or at least give viewers some interesting villains, and soon!

What did you think of this week’s episode? Why was there a picture of Meredith inside the Martin panic room? Why is Derek falling for Braeden? Will Rafael and Stiles come clean about their feelings for each other? Will Stiles and Derek ever talk? Let us know in the comments!