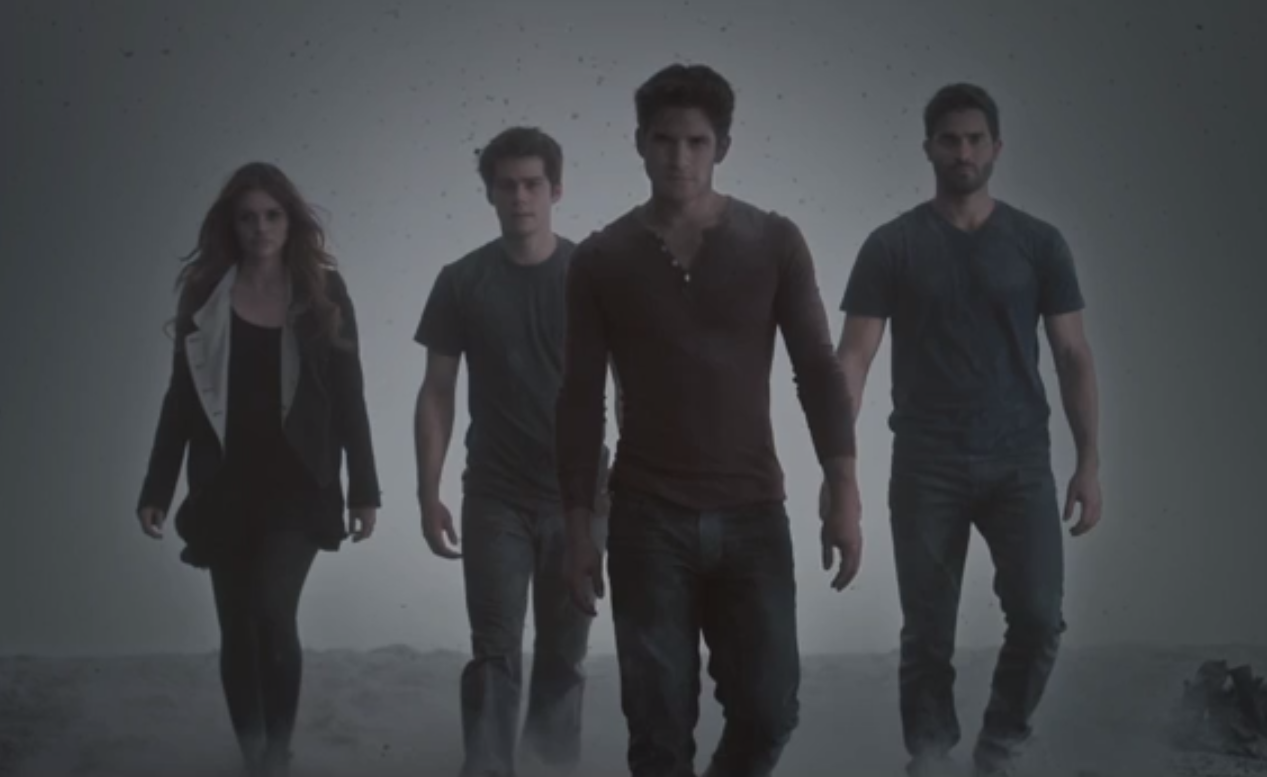 As we head into season 5 of Teen Wolf, we’re adding some fresh faces to our crew here at The Geekiary.  We’re welcoming Kalissa and Kate, who’ll be reviewing the show alongside long time writer Farid.  Before we get into the general roundtable, let’s get to know our new members!

Welcome to the team Kalissa and Kate. First of all, tell us a bit about yourself.

Kalissa: I’ve known that I’ve wanted to write for TV since I was 12 years old and wrote my own idea for an episode of So Weird. I’ve relocated from Indiana to L.A. with Kate in the hopes of finally making that dream come true.

When did you both start watching Teen Wolf?  What made you decide to tune in? 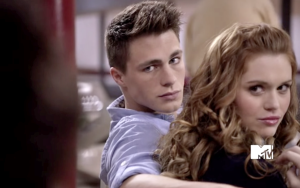 Kate: I started watching after the first season aired. My friends convinced me to watch it, and while it took me a handful of episodes to get into it, I ended up loving it.

Kalissa: I watched the first few episodes as they aired, but I also had trouble getting into it. I started rewatching with Kate and another friend, and I became absolutely addicted!

What’s been your favorite story arc of the show thus far? Your least favorite?

Kate: I love the long history of the conflict between werewolves and hunters, and especially how that played out between the Hales and the Argents. My least favorite story arc would probably be the alpha pack. Their plans and goals were never very clear, they didn’t balance well with the Darach plotline, and their scenes tended toward melodrama.

Kalissa: My favorite story arc would have to be the Nogitsune. I love the idea of a villain that  just wants to cause chaos and pain to the heroes of the story. Dylan O’Brien also gave an incredible performance during that season. I agree with Kate that I didn’t really care for the alpha pack. I also had problems with the Paige storyline, as I felt like it didn’t make sense for Derek’s character.

Welcome to The Geekiary.  We’re happy to have you here.  Now let’s get down to business. 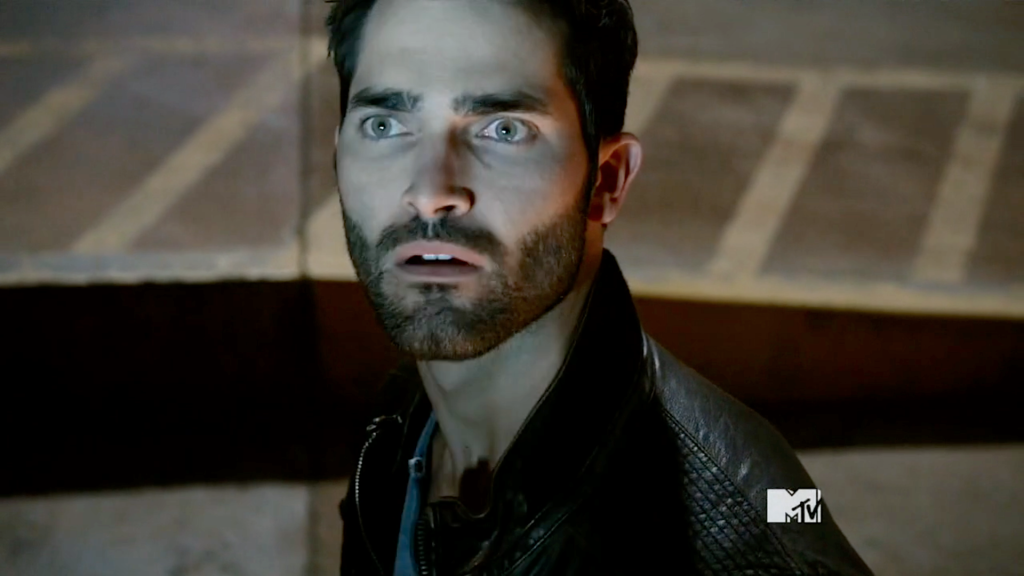 Q1) How do you feel about the recent news regarding Tyler Hoechlin?

Kalissa: I was sad to hear of his departure from the show. I’ve been wanting to know more about Derek Hale since season one. I feel like so much of his character was left unexplored, and there were a lot of missed opportunities.

Kate: Disappointed! Derek Hale is probably my favorite character on the show, and it’s especially unfortunate to lose him as a series regular immediately following the wolf transformation arc of season 4.

Farid: I have mixed emotions and I agree with the girls. As far as the story goes there’s a lot left undiscovered relating to Derek’s character. But then again he wasn’t given much to do in Season 4 except become a wolf in the finale. I did write a piece about Hoechlin leaving the show and I stand by what I said.

Q2) How do you think Hoechlin’s departure affect the show and its fans?

Kate: To be honest, I’m concerned that the show will lose a lot of its core fan base. The inclusion of Liam and his entourage (that is, the other newer characters whose role in the show is predicated on their relationship to Liam), who will presumably be central to the show even more so now that one of the original leads is gone, is going to be a difficult transition. Hopefully, the show will rise to the challenge.

Kalissa: Yeah, I’ve seen a lot of people on Tumblr talking about jumping ship now that Tyler Hoechlin is leaving. I am very attached to the original cast, and I am not in favor of bringing in a new group, like Glee attempted. I think the story can survive the absence of the character, but I think that losing such a fan favorite will make it hard to keep the loyal viewers interested.

Farid: I agree with Kate and Kalissa. Tyler Hoechlin leaving will definitely have an impact on fans. For some Derek was their favorite character and probably the only reason they stuck with the show for so long. I know some fans who are disappointed because now there’s no chance of getting answers to the questions they have had about the character. It will be interesting to see how the show handles the story in the upcoming season without Derek because the Hale family does have a strong connection with Beacon Hills.

Q3) What are you looking forward to in Teen Wolf Season 5?

Kalissa: With this possibly being the last season, I’m interested to see what kind of closure they give for the characters. I’m hoping to find out more about Malia’s mother, the Desert Wolf, and her relationship with Peter. 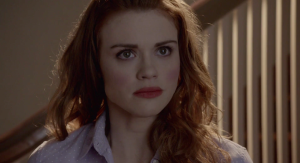 Kate: I’m most excited to see the continued development of Lydia’s struggles and abilities as a banshee. She is such a great, complicated character. I’d especially love to see her start to take control of her powers–the way she’s (eventually) able to do in every other aspect of her life.

Farid: Yes, Kalissa, I do have a feeling that this might be the last season of Teen Wolf (I could be wrong though). I tried investing in the new characters: Liam, his gay friend, and Malia, but I couldn’t. I still have a soft spot for the core characters, which keeps decreasing as the seasons go on. I want to see more of Lydia. I still feel there’s a lot of untapped potential there. Her character has been through a lot of ups and downs. She was the queen bee, but then her banshee powers kicked in and, to me, the old Lydia I liked kind of disappeared. I want her to fully take control of her powers, at least to some extent and go back to being her old, confident self.

As I mentioned before I’m also looking forward to the show dealing with Derek’s absence. They might not mention him ever again but I do hope the writers still give a good explanation for him leaving. They owe the fans at least that much.

Kira getting her first tail was exciting and I would like her to grow in power and get to know more about her Kitsune heritage, which I feel was ignored in Season 4. And fingers crossed, we get to see a darker side of Scott this time around. Please give me a hero that has to deal with his dark side too. It makes for such interesting character development.

Previous:Marvel’s Agents of S.H.I.E.L.D. 2×13 Review: One of Us
Next: Supernatural 10×15 Review: The Things They Carried