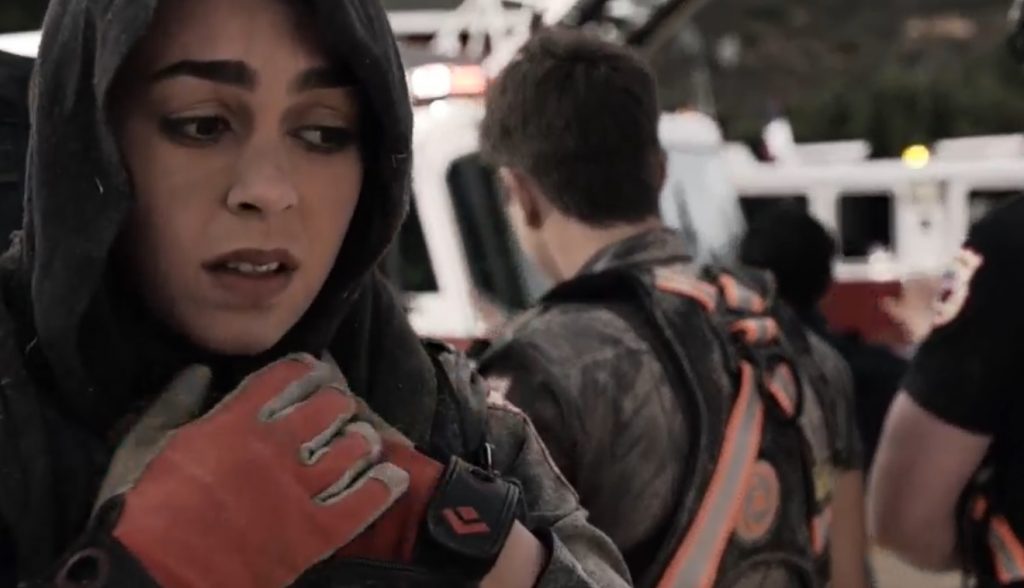 Okay, it finally happened. I was hoping 9-1-1: Lone Star wouldn’t go down such a route, but only three episodes in, the writers made the hijabi Muslim woman lose her hijab in ‘Texas Proud’ because of course they did. Sigh!

Whenever a fictional Muslim woman is featured in a story, I immediately begin thinking of which tired tropes the writers will make her go through. Will she be someone who feels constricted by Islam? Is she someone who has to wait for a white knight in shining armor to come and make her feel alive? Will wearing more revealing clothes make her feel powerful? Is she being forced into marriage? The list goes on.

The 9-1-1: Lone Star premiere (which I enjoyed a lot) showed a hijabi Muslim woman named Marjan. I appreciated how the writers didn’t make her a character who felt oppressed because of following her faith. However, due to her very active and dangerous job responsibilities, I just knew her hijab was coming off sooner or later.

Did I hope the writers wouldn’t follow such a trope? Of course I did. And even if such a narrative decision was to be made, I hoped it wouldn’t be too soon.

Like, why not try to give a Muslim woman a narrative that doesn’t have to do anything with the religion she follows? Why not try and be more creative?

But unfortunately, ‘Texas Proud’ made Marjan lose her hijab while on the job. It led to the moment going viral and she faced hostility from some other women in the mosque she prayed in. Along with all of that, the writers also had her character face more unnecessary tropes.

I rolled my eyes when the viral video of the hijabless Marjan had her instantly be considered very attractive online. It fed into the dangerous problem with the male gaze which relates to how certain men wait for hijabi women to uncover their heads for their viewing pleasure.

It also related to how getting rid of the hijab is considered a reveal by others. This was something that Elite made Nadia go through, with the particular scene being played up for sex appeal. Sigh!

Now, I don’t want to write off 9-1-1: Lone Star just yet. While I wasn’t pleased with Marjan’s narrative, I could kind of tell the writers had something planned for her in the long run. The moment in the mosque where another woman told Marjan she isn’t welcome there anymore could be used to tell a very interesting story.

I liked how the camera showed a good comparison between Marjan and the other woman. Seeing Marjan being told she wasn’t shy or modest enough reeked of hypocrisy because of the attire the other woman had (as well as the overall attitude that woman displayed).

The episode also took a moment to have Marjan explain to two of her coworkers why she decided to wear a hijab and how it connected her to other women in her family.

Again, I’m not happy about Marjan’s arc being all about her faith, but at least Fox has a show where one of the leads is a Muslim woman. That counts for something.

Anyway, for now, I’m going to continue watching the show. The cast of characters is very likeable and I want all them to succeed and be happy.

What did you think of ‘Texas Proud’ and what Marjan had to go through? Feel free to leave a comment.