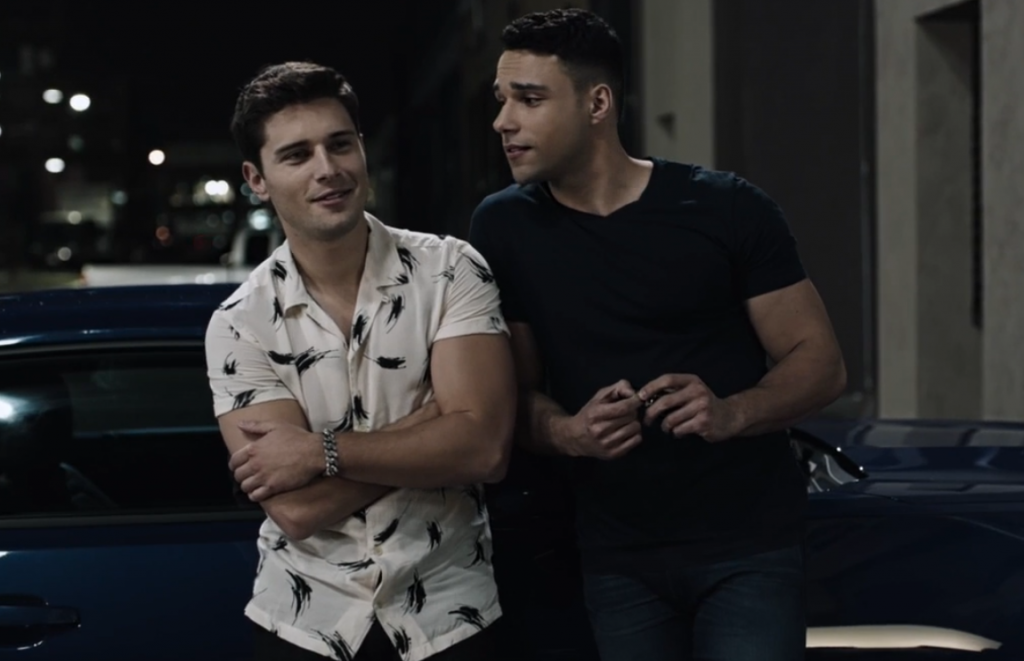 Five episodes in, and there’s already talk about Ryan Murphy’s 9-1-1: Lone Star using the queer couple Tarlos (the ship name for TK and Carlos) to bait certain viewers during the show’s promotional efforts instead of delivering in the actual episodes. Let’s discuss it!

TV shows, even those that feature queer characters in the main cast, are known to use particular pairings to attract viewers. We saw quite a lot of it during Shameless with the series using Mickey and Ian’s romantic pairing for promotional reasons with the actual episodes only having a few minutes of scenes between the two.

Apparently, Disney+ did the same thing in High School Musical: The Musical: The Series after promoting the show for featuring queer characters and a queer romance. 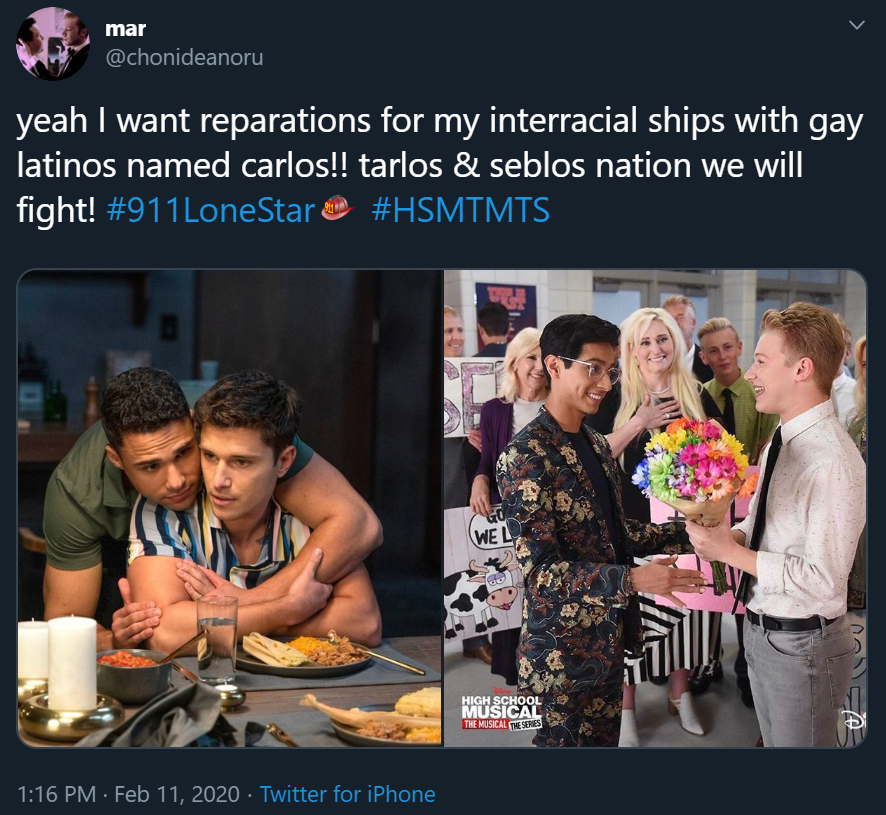 Now, it seems 9-1-1: Lone Star might be falling under the similar baiting category. The Tarlos ship came into existence during the show’s second episode. Also, before the series even premiered, the marketing team promoted the pairing. Their relationship was addressed again in episode 3 and then there was no Tarlos in episode 4. I’m not sure, but I think Rafael Silva, who plays Carols, didn’t appear in the fourth episode at all.

Of course, fans of Tarlos weren’t happy and waited for the pairing to show up in ‘Studs’, the series’ fifth episode that aired this week.

I don’t blame the Tarlos fandom for looking forward to watching ‘Studs’ with anticipation. Do you want to know why? Well, it’s because the marketing team played a role in it… again!

An image was released featuring Carlos and TK being very affectionate with each other. For fans who are following this pairing, the image spoke a thousand words. TK sitting down to eat a meal with Carlos is a big deal considering how he acted last time. So, yay, progress! 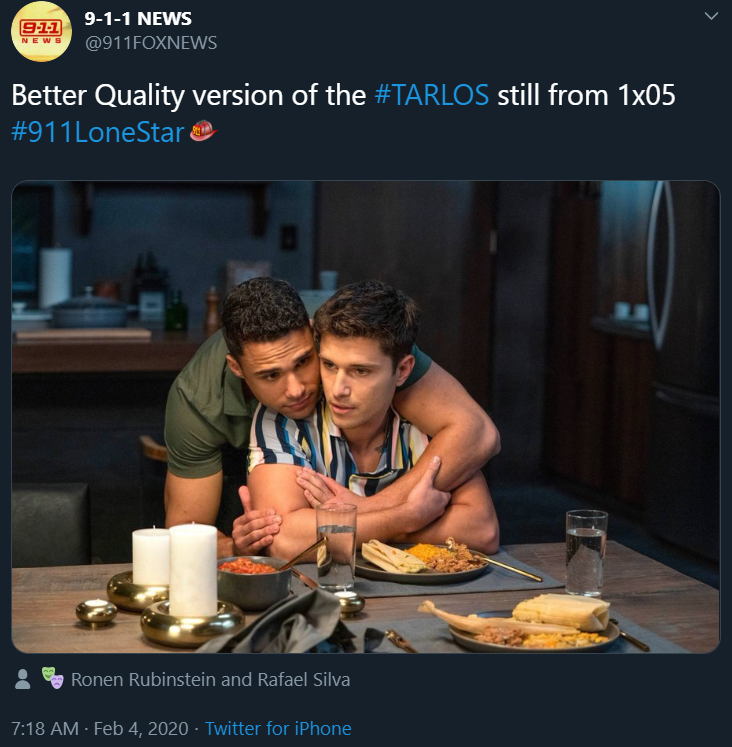 Other than that, Silva and Ronen Rubinstein (who plays TK) did a Tarlos-centric Instagram Live session for fans. 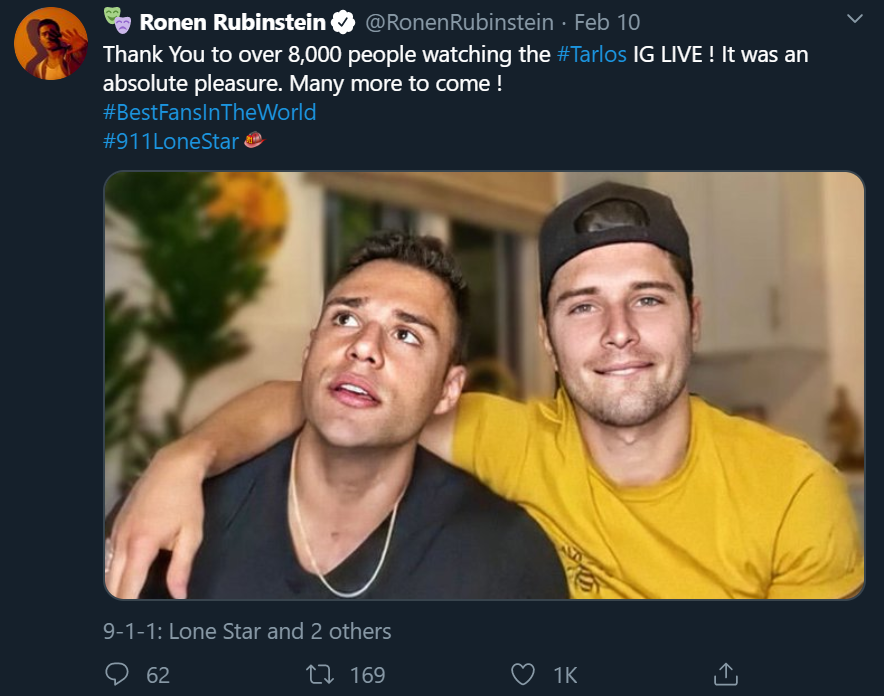 So, you can tell why the fandom was excited about getting some Tralos scenes in the latest episode. But then ‘Studs’ began and it was made clear that certain viewers should get ready to be disappointed. The scene depicting the Tarlos image? It didn’t air!

Fans think the particular image was from a scene that met the chopping board and got edited out. And that’s just unfortunate. It isn’t the first time a series used a gay pairing to entice a part of the fandom. 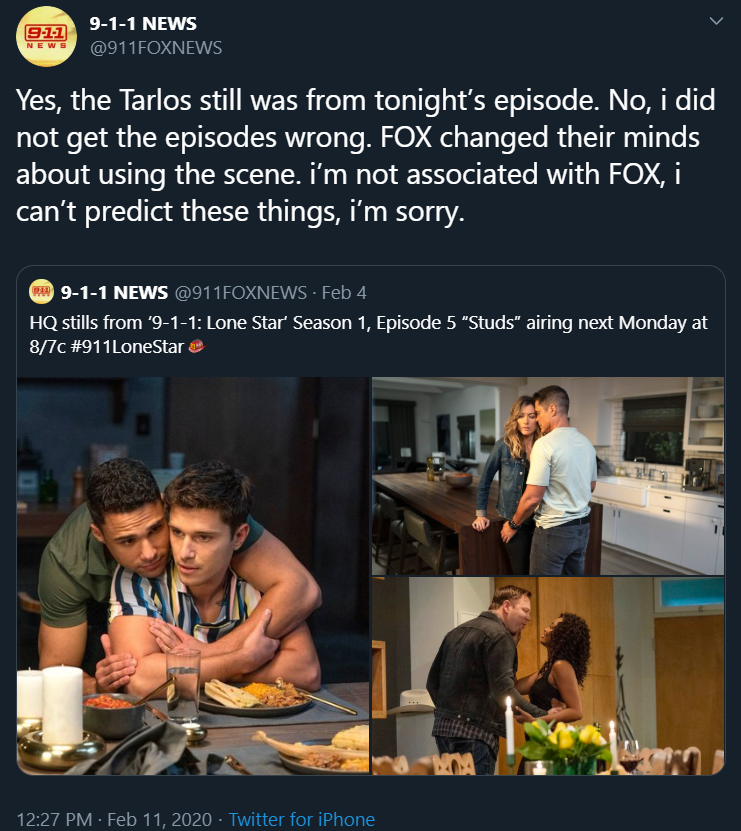 As of writing this, the show’s official Twitter account hasn’t explained why that particular scene was cut and why it was used for marketing purposes.

Considering how a large portion of ‘Studs’ focused on Owen’s problems with getting an erection, of course, we all think those scenes could have been cut to make room for Tarlos. Especially after the pairing was used to promote the freaking episode!

I hope 9-1-1: Lone Star doesn’t continue with this trend. Letting an episode or two slide is understandable, but I don’t think the fandom will be willing to give this show more chances if Tarlos keeps getting used as bait.

Coming to the episode itself, kudos to ‘Studs’ for focusing on Paul’s experience (as a straight PoC trans man) entering the dating pool. It was the kind of representation we don’t get to see enough of in mainstream media. I think it was handled well. Fingers crossed, he finds someone great soon. Paul (Brian Michael Smith) more than deserves it.

That’s the weird thing about 9-1-1: Lone Star. The show has great narrative moments, but then it also ends up doing problematic stuff.

Previous:DROPOUT Needs To Be In Your Subscription Constellation (And Here’s Why)
Next: Controversial Film “The Hunt” Gets March 2020 Release & New Trailer!