The Expanse 1×03 Review: Remember the Cant 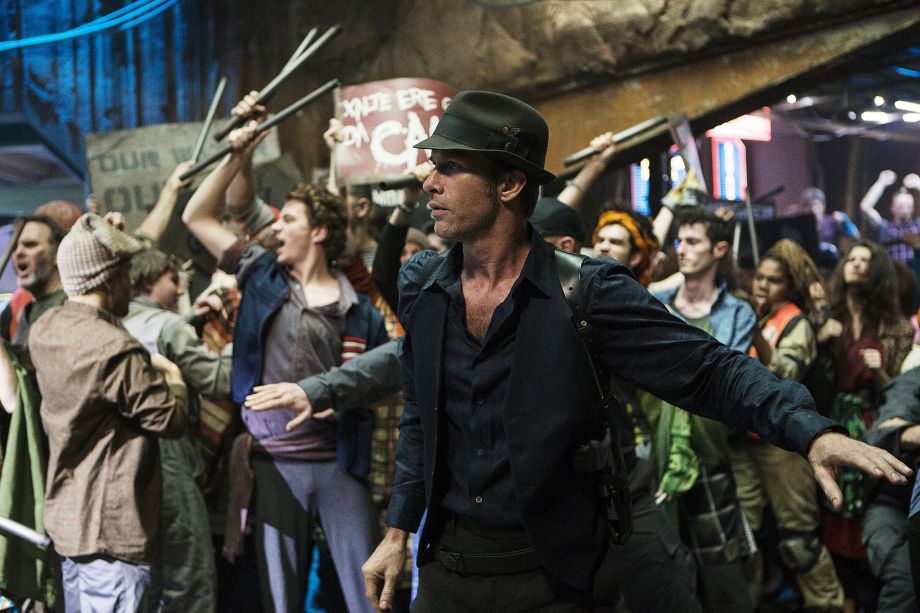 The Expanse does a lot of things well. Firstly, this is a science-fiction show that still manages to be completely realistic. There is a nice dash of completely plausible future technology, such as the kind that Miller employs while trying to track Julie’s whereabouts, mixed with current technology, such as the weapons that are used when attempting to quell the riots on Ceres. Secondly, the plot is unraveling in a manner that is at both reasonable for an episodic show and frustratingly slow. Last week’s episode made it seem like Mars was behind what happened to the Canterbury without a shadow of a doubt. This episode introduced that shadow, but I’m not entirely convinced that they should be let off the hook.

Thanks to Avasarala’s political manuevering — leaking the knowledge that the OPA has obtained Martian technology to the Earth’s ambassador to Mars — we learned that Mars itself is not responsible for what happened to the Canterbury. This move taught us a lot about Avasarala as well; namely, she is a woman who is willing to do anything to win, even it means manipulating people who were once her friends. Without proof of Mars’s involvement, the UN was not willing to send out the fleet, which would surely expedite the situation. However, because of her actions, they now have no idea who is trying to start a war, or why. And neither do we!

Mars’s treatment of the survivors of the Canterbury, on the other hand, is both puzzling and troubling. If they were not behind what happened, they are not doing a very good job of convincing me otherwise. By isolating the survivors and interrogating them (and what was up with that pill the guy kept swallowing?), attempting to turn them against each other, they are only making themselves look guilty to me. It’s clear that they are only releasing select information about the others; I find it hard to believe that Alex would be so hostile towards Holden if he knew that the reason he was dishonorably discharged from the Navy was because he refused to fire on a ship full of refugees. But it serves a purpose. We have the benefit of knowing that Naomi is not responsible for blowing up the Canterbury, but the others don’t, and that is enough to cause tension and possibly pin what happened on the survivors. Mars may not be behind the attack, but they don’t seem completely blameless either.

On Ceres, the public has accepted Holden’s version of events — because his message from last week made it past the Martian ship (which may explain Mars’s reaction). The situation on Ceres is dire. Miller is still attempting to find Julie and only encountering dead ends — literally, in the form of “Nightbandit31”, a man who was in contact with Julie and is killed in the ensuing riots. Miller’s partner Havelock is also grievously injured and left for dead (if not dead himself — it would be hard to survive being impaled like that), by people who resent that he is from Earth. That seems odd as well, since most of the ire on Ceres was aimed at the Martians, at least currently. Was the attack on Havelock random, or was there a reason that he was targeted?

Many people brought up Miller’s fascination with Julie’s disappearance. He was given permission to drop the case — she obviously isn’t on Ceres, and that’s all that mattered to Shadid — but he is still investigating. Why? And I don’t want to fall into the trap of assuming that every woman in power has ulterior motives, but I also can’t escape the feeling that something is going on with Shadid. She seemed way too eager for Miller to stop looking into what happened to Julie. Of course, that could be because Miller’s attention is needed elsewhere with tensions rising. I did appreciate that she refused to allow preemptive arrests, desiring to stay neutral because they are essentially foreigners on Ceres.

“Remember the Cant” left us with so many questions! Is Naomi really OPA? Does that have anything to do with how no one seems to know anything about Amos? Who attacked the Canterbury? What is going on with the ship following the Martians? And where in the universe is Julie Mao?