The Expanse 1×2 Review: The Big Empty 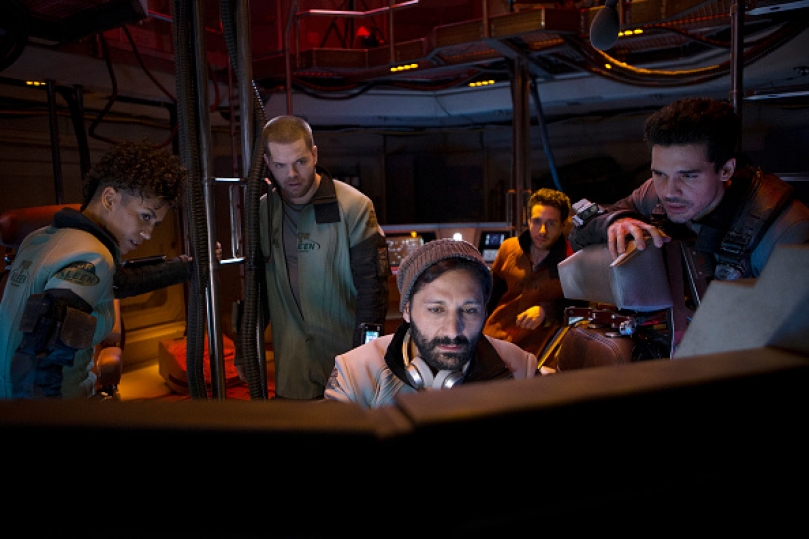 Syfy was smart in putting their series premiere of The Expanse over a two night event, because after that incredible cliffhanger in “Dulcinea”, all I have wanted to do is get more of this show. Luckily, we got a lot more story in “The Big Empty” along with another big cliffhanger. I found myself actually rooting for characters already, and learning just how special this series is. This show gets me.

As for those characters that I am rooting for, the Knight shuttle crew is my favorite. They have great chemistry, and the casting is perfect. There is just enough angst to keep everyone on edge, but the survival instinct is in full swing. And how amazing is Naomi? She may be my new favorite female character in a TV series. Seriously, she is #BossBitch. She is the only one thinking logically about how to survive, even if it means not being the one that everyone loves. Dominique Tipper is doing a great job with the material, and I’m hoping that she sticks around for a while. The other character that has completely started to grow on me is Shed. Paolo Costanzo was a great choice for Shed because he has great comedic timing, and kind of represents the audience by saying exactly what is on his mind. And how great is Alex? He doesn’t have much to say, but his messages are clear. And every time we get reminded of his wife and child, I get a bit sad. He has the most to lose in this scenario.

I am having some troubles with Amos, however. He is kind of freaking me out with his unwavering loyalty to Naomi and how easy it is for him to want to get rid of Holden. Does he just not like Holden? I feel like there is something very deeply rooted there that we will have to wait for. I just don’t really care for him at the moment. Holden also kind of freaked me out in this episode because he was way too emotional. Luckily, his announcement regarding Mars attacking the Canterbury was effective in getting them rescued, but we will have to wait and see what the consequences are. 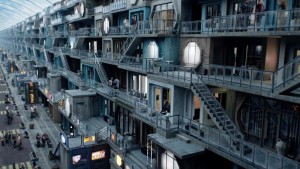 Unfortunately, the Earth storylines are kind of boring. I am intrigued by Chrisjen, but I still have no idea what her endgame is. It’s clear that she recognizes the political ramifications of Mars being an aggressor, but who knows what action she will take? It was pretty interesting to see her use gravity torture which we find out is illegal. Gravity must really hurt those who are not used to it. And the suicide by gravity used by her prisoner was a super interesting touch.

Those small details that I loved so much in the pilot continued to show up in “The Big Empty”: the water rising on Earth, Shed being in shock (and Holden being able to immediately recognize it), and what happens to the body when it is deprived of oxygen or gravity. This makes the story seems very well established, and I appreciate how painstaking the writers are at being accurate here. Probably the most realistic storyline, in my opinion, was the water rationing in Ceres. To me, it seems like water rationing and the subsequent stealing of water to sell on the black market seems like something that would actually happen, and it is terrifying. Unfortunately, nothing else really interesting happened on Ceres in this episode.

I think I get why the show was marketed as the Game of Thrones in space–the intertwining of stories, the creation of a different language, the stark difference between different cultures. Even just people from different areas in the Solar System have different accents. I like it. It just goes to show that the writers know exactly what they are doing and the showrunners want to remain true to the stories that have been created and are so well-loved.

Previous:Miles Morales, Gwen, and Silk join “Marvel: Future Fight”
Next: What Star Wars Means to Me: A Love Letter