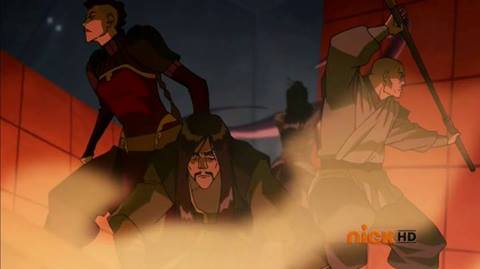 This week’s episode of The Legend of Korra: Change finally showed Zaheer’s team battling it out with the good guys to take possession of an unconscious Korra. The episode also made the audience question their trust in some of the characters.

‘The Terror Within’ opened with Korra and Bolin sparring with Suyin’s twin sons. I think some time has passed since the previous episode because Korra had a lot of impressive metalbending moves to show. She even ended up winning against her opponent. Bolin didn’t do so good and was unable to metalbend.

The title of the episode linked directly to how Zaheer and his group were able to secretly infiltrate Zaofu and kidnap Korra. It was obvious they had inside help because the metal city had a high level of security. During the kidnap sequence, Ming Hua stood out for me. That armless waterbending woman is scary and the writers have an amazing tendency of using her powers in a very unique manner.

The episode was also very action-heavy right from the start. Bolin noticed the lavabending Ghazan and he was quite impressed by his abilities. The scene might be foreshadowing Bolin learning how to lavabend because it would give Team Avatar a much needed advantage.

I liked how Lin and Sue worked together to rescue Korra from Zaheer’s group. Bolin stepped up big time in the episode and was able to knockout P’Li. Say what you want about Bolin being in the series for comedic effect, but the guy can deal some serious damage when he’s under pressure. Though the battle sequence was exciting to look at I still want one-on-one matches between the good and the bad guys. I want to see how everyone fares against each other when there are no allies to offer help. A re-match between the antagonists and Zuko, along with Desna and Eska would be exciting to watch. Being the kind of character that Eska is, I don’t think she has forgiven Ming Hua for knocking her out so easily during their first encounter.

The rest of the episode was about finding the person who helped Zaheer and his gang kidnap Korra. With Varric’s help, and his own experience as a police officer, Mako realized that Ai Wei was a traitor. This is where Suyin looked suspicious to me. Her husband was the architect of the whole metal city and not knowing that Ai Wei’s house had a secret tunnel didn’t make sense. Not only that, even though Su told Korra to go with Lin, she went against her own decision and helped Team Avatar go after Ai Wei. She sent them all out without any protection knowing well enough that Zaheer’s group was still looking for them. I won’t be surprised if Su ends up being a traitor too and Team Avatar gets caught by Zaheer. It would set the perfect platform for the rest of the good guys: Zuko, Eska, Desna, Tenzin and his airbenders, to come to their rescue. I would love it if an elderly Katara also ended up joining the fight along with Tohp. Fans would finally get an Avatar: The Last Airbender reunion! 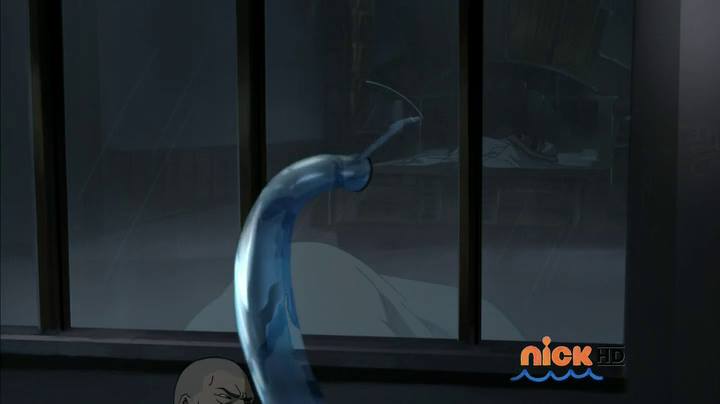 Best Bending Award: I would have to give it Ming Hua. The way she used her waterbedning to cut out Korra’s bedroom window and shoot tranquilizer darts was amazing.

This was the last episode of Legend of Korra to air on Nickelodeon. However, it doesn’t mean that the series has been cancelled because the world will be getting a Book 4. The rest of the episodes will be available online through various sources including Nick.com, Amazon, Hulu, Google Play, and Xbox. I for one am happy about the decision because being an international viewer; I watch the series online to begin with anyway. The network did the same thing when it aired the finale for Book 2. Being a corporation, if online views make more money compared to the television broadcast, then they have the right to make such a decision.

Did you watch this week’s episode of The Legend of Korra: Change? What are your thoughts about Nickelodeon shifting the series completely to the digital download platforms? Let us know in the comments section!

1 thought on “The Legend of Korra 3×8 Review: The Terror Within”