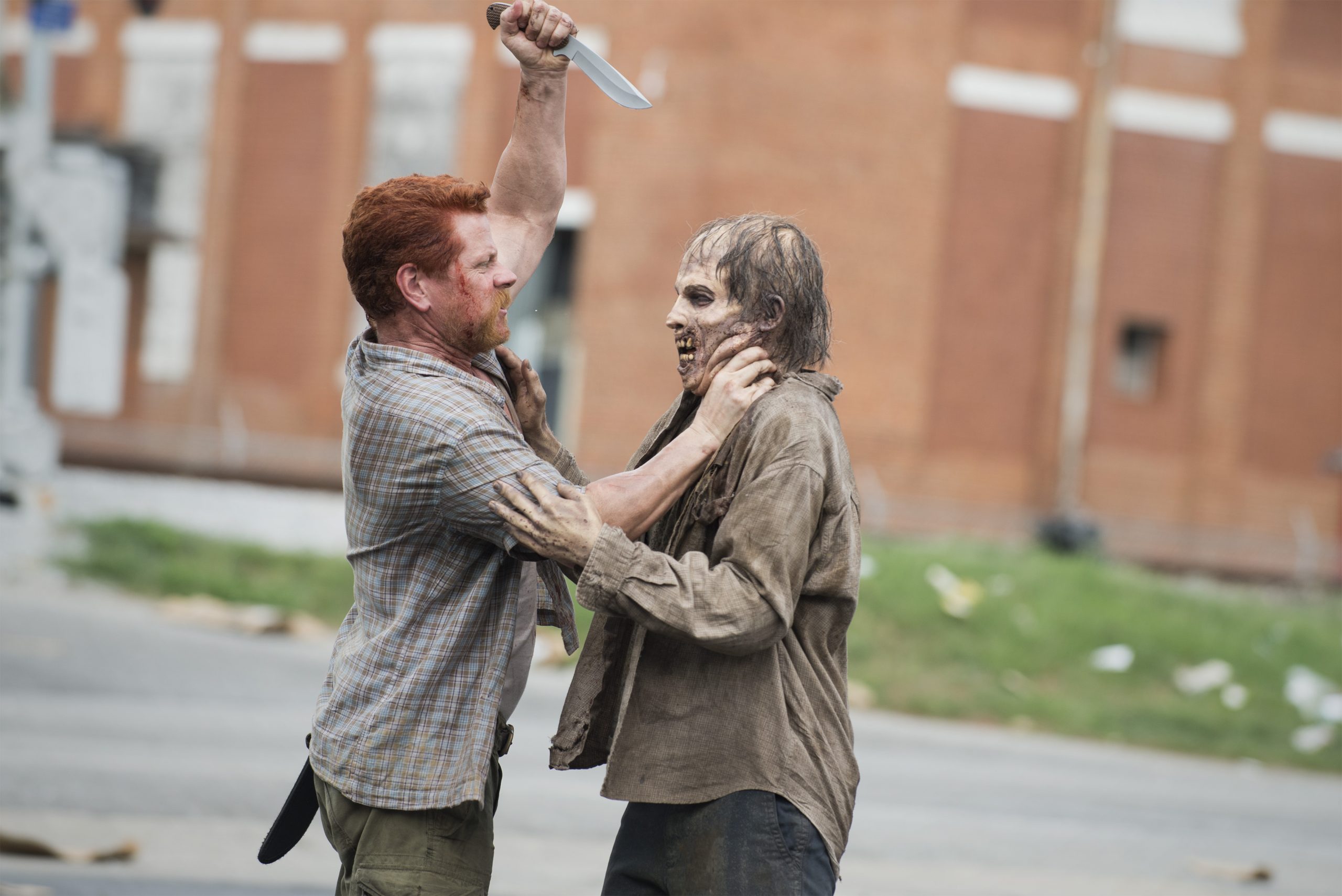 The fifth episode of Walking Dead season five focused entirely on the group that’s already on their way to Washington – Abraham, Rosita, Eugene, Glenn, Maggie, and Tara. Of course I wish that we could have learned more about what all of the other characters are up to, but I was pleasantly surprised at how most of “Self Help” was handled…including the “big reveal” at the end.

But more on that later – first things first, we finally got to see some relationship-esque interactions between Abraham and Rosita. Yes, they’re together in the comics, but up until now the show has treated their relationship as a secondary thing (if that). But in the first scene they are natural, almost laid-back – as are most of the other characters.

Except, of course, Eugene. He’s always been awkward, but in “Self Help” he was so obviously uncomfortable that it was hard to not know that things weren’t going to continue on that positive track – it wasn’t going to be a trip full of music and mullet jokes. 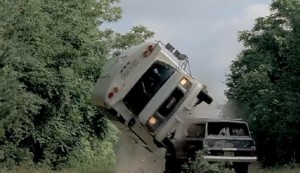 At first I actually thought that Abraham was distracted by the walkers and hit something, causing the accident that ended their happy travels – I was definitely surprised that Eugene was already sabotaging things, and also that he almost readily admitted as much to Tara. Unfortunately for him, Abraham isn’t easily swayed, and Glenn keeps his promises. Despite the fact that they were only fifteen miles from the church, they kept going.

Even when they stopped for the night and Rosita suggested that they stay in the bookstore and scour the surrounding area for supplies, it didn’t take much for Abraham to convince her otherwise. Almost immediately after he argued with her, others suggested staying, and Rosita was pretty forceful in backing Abraham’s decision to keep going.

One thing I’m torn about is this episode’s pacing. There were several scenes featuring one-on-one conversations (Tara and Eugene on the bus, Glenn and Abraham in the bookstore, etc.) that could have been cut or timed better; they gave a disjointed feel to an episode that had some good tension and great zombie action. 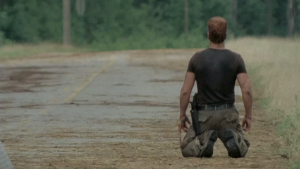 Although at first I thought the overall focus of “Self Help” would be on Eugene and his story, in the end it was far more about Abraham. Yes, Eugene has finally admitted that he’s lying, he’s not a scientist, and he doesn’t have a cure, but it’s Abraham’s reaction that is most poignant. When combined with the flashbacks – which Talking Dead revealed was Abraham losing his family after they were assaulted by people who were supposed to be his friends – it’s clear that there’s a lot more to Abraham than we know. The question is, will he – or any of them – be able to move on from this?

“Self Help” closed with the travelers still out in the open, without a vehicle, and in my opinion far too close to a very large horde of zombies…and of course we’re still in the dark about what’s going on with Carol and Beth and about who is with Daryl (quick thought: perhaps it’s actually Noah from last week’s episode?). With just three episodes left before the mid-season finale, I hope that some of these loose ends are tied up soon.