“Once Upon A Time” Starring Liu Yifei Releasing On Blu-Ray This May! 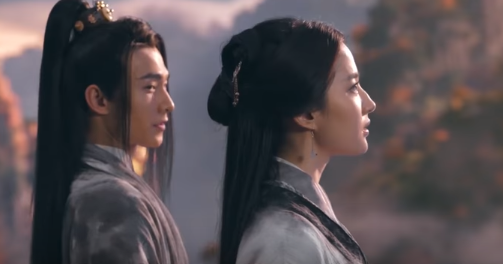 Once Upon a Time, which stars Liu Yifei, will be released on Blu-ray by Well Go USA Entertainment on May 1, 2018. It’s currently available on digital.

The romantic fantasy Once Upon a Time is based on the best-selling fantasy novel Three Lives Three Worlds, Ten Miles of Peach Blossoms. It’s a story of “epic battles, deep passion, and the powerful forces that drive mortals and gods alike toward revenge, loyalty, and eternal love.” The film was co-directed by Zhao Xiaoding (Academy Award®-nominee for Best Achievement in Cinematography, House of Flying Daggers, 2004) and Anthony LaMolinara (Oscar® winner for Best Achievement in Visual Effects, Spider-Man 2, 2004).

Once Upon a Time stars Liu Yifei, who has been cast as the titular character in Disney’s live-action adaptation of Mulan. So, if you’ve been meaning to see Yifei’s acting skills in a fantasy story, you should consider checking out this film. She won in the Best Actress category for this role at the 2017 China Film Week in Tokyo & Okinawa – 2nd Golden Crane Award. It also got her a Best Actress nomination at the 9th Macau International Movie Festival.

The cast of Once Upon a Time also includes Yang (Joyful Reunion), Yikuan Yan (The White Haired Witch of Lunar Kingdom), Jin Luo (Shaolin) and Chun Li (Guilty of Mind).

Bai Qian, a goddess and monarch from the Heavenly Realms, is sent to the mortal world to undergo a trial to become a High Goddess. There, she meets Ye Hua, with whom she falls in love and marries. When an old enemy reappears in her life, everything she holds dear is threatened.

Feel free to share your thoughts about Once Upon a Time with us.