“Undrafted” Called Up to the Big Leagues 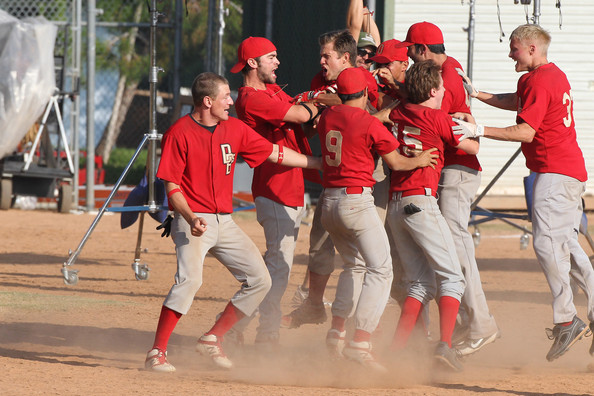 Me and other Tyler Hoechlin fans have been waiting years for this news: Undrafted finally has a distributor!

The baseball film – which also stars Joe Mazzello, Chace Crawford, and Aaron Tveit – was acquired by Vertical Entertainment, reports Deadline. It is bound for worldwide distribution, though a release date is still unknown. But, hey, after two long years of waiting, this is the best news I’ve heard since the movie poster was released – and that was a year ago.

I am thrilled to be partnering with Vertical to distribute Undrafted around the globe. I can’t wait for the world to see this film, and to love it the same way we all do. Thanks to Vertical that will soon become a reality. 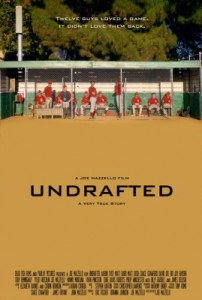 Undrafted is a semi-biographical account of Mazzello’s brother experiences as a college baseball player. The film centers around John, a collegiate baseball player whose dreams of playing in the MLB (Major League Baseball) come to a grinding halt when he doesn’t get drafted. As he comes to terms with the knowledge that his baseball career is over before it’s begun, he joins an intramural team of misfits for one last game.

Mazzello makes his directorial debut with Undrafted. The film is produced by Mazzello, Eric Fischer, and Brianna Lee Johnson, with Chace Crawford and Tony Romo as executive producers. Mazzello also wrote the script.

I absolutely love baseball and baseball movies (in case you didn’t already know that), and I was really excited when I found out about this film – primarily because of Hoechlin. This is one of two baseball-related films featuring Hoechlin. The other, Richard Linklater’s Everybody Wants Some, comes out in theaters next month. I’ve previously requested there be more baseball movies, and now we’re getting two more – and they’re both starring Tyler Hoechlin, whom I will literally watch in anything (see…pretty much any movie he’s done).

Are you guys as excited for this movie as I am?

Previous:Star Wars and Super Heroes: LEGO at Toy Fair 2016
Next: The Walking Dead 6×9 Review: No Way Out