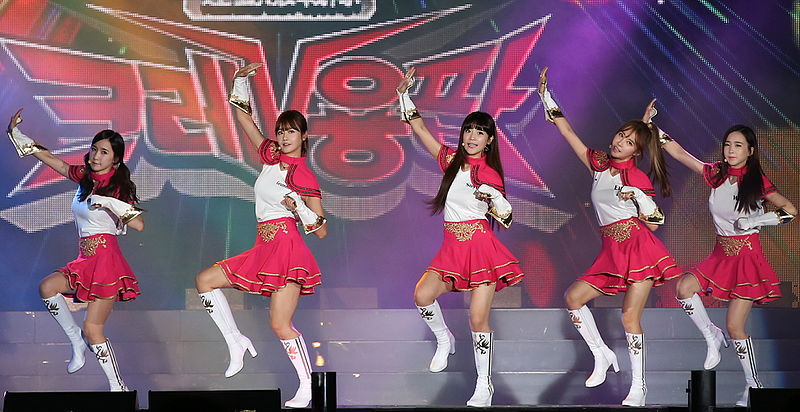 America is having a moment right now. Years of frustration over issues of police brutality and racial disparity have culminated in night after night of protests in cities across the country. This period of unrest was immediately triggered by the recent murder of George Floyd.  In the online activism arena a secret weapon has been unveiled: K-pop fans.

I’ve always known that K-pop fans are powerful and, occasionally when our paths cross on social media, they frighten me  (they are prevalent in Mo Dao Zu Shi fandom, which I spend a lot of time in, so I see them in action a lot).  I never want to end up on the other side of an argument from them.  But even with all I’ve seen them do online, I didn’t foresee them weaponizing their strength as part of the #BlackLivesMatter movement, but, well, here we are.

I’m grateful to have them on our side for this one.  It’s unusual, but startlingly effective, and I’m glad that they’re here.

On May 30th, the Dallas Police Department requested that that community send in videos of “illegal” activity to their iWatch app.

If you have video of illegal activity from the protests and are trying to share it with @DallasPD, you can download it to our iWatch Dallas app. You can remain anonymous. @ChiefHallDPD @CityOfDallas

The information uploaded to the app would easily be used to identify protesters – even the ones who broke no such laws – and give law enforcement more data to target activists.  That has happened before. With how brazen police have been during this period of unrest, I don’t trust that this data would be used for anything remotely good.

It’s basically a snitch app, and when the issue is police corruption and brutality, giving them more information to use is a terrible idea.  We’ve seen hundreds of videos of officers harming and arresting innocent and peaceful protesters, so it’s easy to see why the very concept of this app was met with anger and distrust immediately.

K-pop fans immediately sprung into action, flooding the app with videos and fancams, causing the entire app to overload.  Due to the overwhelming amount of K-pop content, the app began to crash and, eventually, became unusable.

Two days later the police confirmed that the app had gone offline due to “technical issues.”

Due to technical difficulties iWatch Dallas app will be down temporarily. pic.twitter.com/zksA1hkVhV

The app also received a ton of one star reviews, which is likely also from the general public as well.  All in all, it was a tag team effort to make that app useless and the Dallas PD won’t be able to accept tips through it.  It was quick work in large numbers from multiple angles and the ultimate goal of taking the app down was accomplished in just two short days.

Similar to the battle with the Dallas Police Department, the Grand Rapids Police Department asked for the public’s help with tips.  This time they turned towards using a website to gather information and, well, enter the fancams…

you know the drill! SEND IN ALL OF YOUR FANCAMS!!! CRASH THE WEBSITE!!! MAKE THEM TAKE IT DOWN!!! PROTECT THE PROTESTERS!!! https://t.co/tNTjsvhTBy

A spokesman for the Grand Rapids PD, however, didn’t seem too concerned about this one.  They told Newsweek:

Any potential ‘spamming’ or other attempts to interfere with the uploading of evidence is not a concern. The outside vendor we work with has a robust system that includes multiple layers of security and firewalls to protect against such measures.

We are confident the system will stay in place and successful criminal prosecutions will be the only outcome.

As of this writing the website is still live, though I imagine that whoever needs to sort through that spam is really hating their job right now. Even if the website can withstand the flood, someone somewhere is watching K-pop videos so that’s something.

The tweet has also been ratioed with over 6000 responses to just 354 RTs and 987 likes.  While I usually have a great deal of sympathy for the poor social media people who have to deal with this kind of onslaught, I don’t really feel bad right now.  Besides, I’m sure the fancams are much more pleasant than the alternative, so maybe we’re doing them a favor.

So while the results on this one aren’t as tangible as crashing an entire app, at the very least they’ve annoyed some people and that’s worth something.

In response to the hashtag #BlackLivesMatter, some very angry, misguided, and racist people have created hashtags to counter it such as #WhiteLivesMatter and #AllLivesMatter (yes, those are racist, please read that article if you disagree), as well as the police-centric #BlueLivesMatter.  Enter the fancams…

To the racist people who are opening this tag :#WhiteLivesMatter pic.twitter.com/6yoYnCqgPz

And the reception to this use of fancams has been pretty damn supportive.

#WhiteLivesMatter
Me looking at kpop stans using their fancams to combat racism. pic.twitter.com/m6q5ux7tlU

The K-pop fans, armed with their passion, have organized for a good cause.  It might seem silly from the outside, but you can’t argue with the effectiveness.  They have a crashed app and a failed hashtag that confirms that.  As far as I’m concerned, they are a welcomed group in the movement and I look forward to them bringing hell down on the next antagonist.  Please hold your fancams on standby…

Ways YOU Can Help: