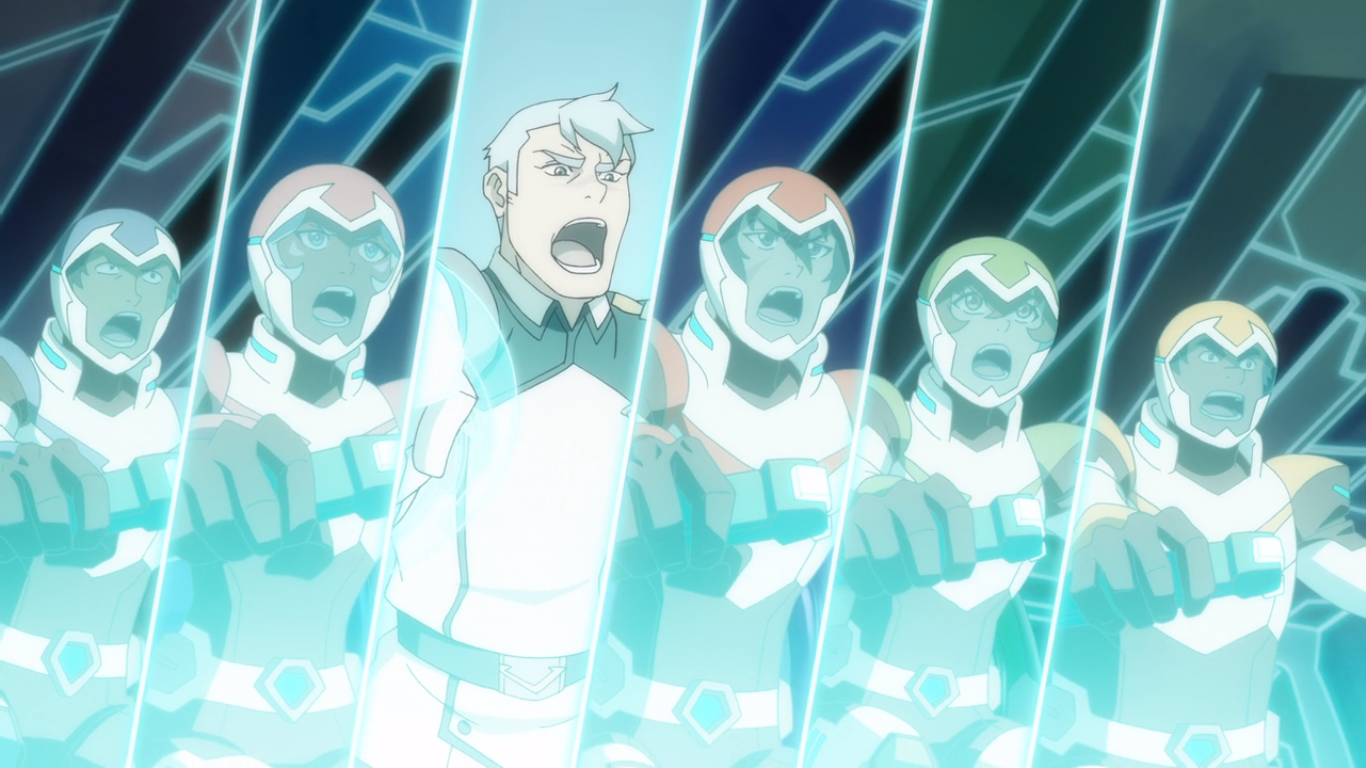 Voltron is not just the defender of the universe, it is the defender of all universes. In Voltron season 8, the coalition takes the fight to Honerva for the fate of reality itself. This is a season that has me baffled and conflicted and ultimately disappointed.

Were any of you fans of How I Met Your Mother? A pretty amazing show which capped off an epic final season with quite possibly the worst finale of all time? Voltron season 8 is my HIMYM season 9. I was accidentally spoiled by someone on my Twitter timeline retweeting untagged spoilers (I’d muted all VLD-related hashtags but hadn’t muted individual accounts – that was my mistake), and I knew what was coming (and that those leaks were actually real). I was worried it would affect my enjoyment of the final season of a show I love. I was able to enjoy the season, up until, like, the last ten minutes of the finale. So I’ll start by actually talking about the season itself. 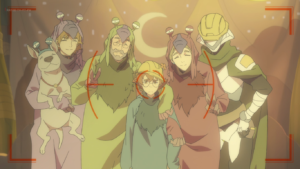 Voltron season 8 was a fairly decent season with some ticks in the “awesome” column. A lot of minor characters returned for cameos, and a few overarching plot lines got some much-needed resolution. VLD has been pretty good about callbacks – the beast that Keith and Krolia freed, Slav’s jailer, things like that. There were some bright spots of humor (Colleen Holt is a rock star, and Iverson was surprisingly funny as well), some good character development (look at Keith being such a good leader!), and some great scenes showcasing relationships that may not have gotten much time before (Holt family dynamics).

It wasn’t all great. As much as I enjoyed most of this season, at times it felt like a different show. Some of the core relationships that I was so in love with fell by the wayside (Keith and Krolia almost never interacted, and Keith and Shiro came off as total strangers), and there are a few things we will probably never get closure for (what happened to the Olkari? whatever happened with Keith’s Galra features?) Plus, a lot of the decisions don’t make any narrative sense; why did everyone sit back and let things happen? They allowed the White Lion to be destroyed right in front of them. The crew of the Atlas just gawped at the Alteans as they attempted to destroy the crystal that powers the ship.

The major development was, of course, the fight against Honerva. In “Shadows”, we discover what she’d been up to while Voltron was missing, and essentially she went full on megalomaniac. Something VLD has managed to do on occasion is humanize the villains; “Shadows” continued in that tradition. We saw the toll Honerva’s life had taken on her, and likewise we saw what a messed up childhood poor Lotor had because of it. It’s sort of understandable why they both went kind of off the rails.

The driving force behind Honerva’s madness was a burning desire to get back the life that was stolen to her by quintessence, ironically using quintessence to do this. She wanted to find a reality where she could have her husband and her son and just be with her family, which is…something. It would be an admirable goal, except she accomplished it by brainwashing the surviving Alteans into worshipping her as a goddess and, you know, destroying the very fabric of reality. Actually, she nearly ended existence, but it’s all out of love! Except even in her “perfect” reality, she couldn’t have what she wanted, and in the end, she nearly destroyed everything. If she couldn’t be happy, no one could.

In “Launch Date”, the relationship between Lance and Allura finally came to a head. I was iffy on Lance as a character 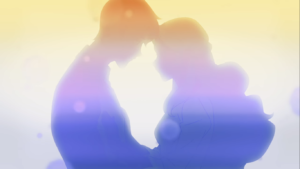 for the first couple of seasons, but he really grew on me as he grew up. I’m usually not a fan of the kind of relationships Lance/Allura represented at the beginning – an obviously uninterested woman being relentlessly pursued by a man who won’t take no for an answer. But Lance/Allura was extremely well-written and developed naturally over the course of seven seasons. They became close and came to appreciate each others’ positive qualities and eventually developed real romantic feelings. This was one of the more well-done heterosexual relationships I’ve seen in a while, because the build-up was believable. Their little moments through the season (hand-holding, hugging, just being together) were great, but sadly Lance’s entire purpose became “being worried about Allura”. He had some of the best character development on the show, so it was disappointing that he became such a flat character in Voltron season 8.

Voltron season 8 was a fabulous season for Allura. Not only did we get to see her explore her Altean magic (since when can she camouflage herself? and she, like, healed an entire park!), but we also got to see her go a little dark side, which was pretty great. She realized that she had found a new family – such as when the other girls took her shopping for her and Lance’s date, or when she ate dinner with Lance’s family – and she was willing to put herself in harm’s way to save existence.

So, naturally, they killed her. (Oh, yeah. We’re getting to the ranty part now. I’ll try to keep the cursing to a minimum.) I watch a lot of fantasy, and they are always talking about balance, so I understand what VLD was going for with what happened. And I suppose since Alfor sacrificed himself, they wanted to bring the story full circle. But I 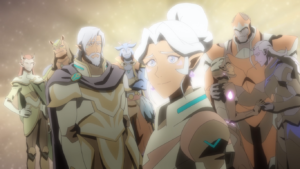 want to know who thought it was a good idea to take a beloved, heroic, WOC lead and kill her off in the final ten minutes of the final season. Why must Allura sacrifice everything she gained, everything she fought for, finally find a family and a place that she belonged and was needed? Why was she the only Paladin that needed to die? Why even bother getting her together with Lance if they were just going to kill her off? Why were we – and the Paladins – not given the chance to properly mourn her? These are questions that I need answers to, but honestly, no answer is going to satisfy me. Yes, this was an active decision Allura made in order to fix what Honerva had done, but having her be the only loss suffered just seems wrong. No one even tried to think of another solution (they could have sacrificed the lions). She didn’t even get to say goodbye to Coran.

The other travesty of the ending is Shiro’s story. Perhaps Dreamworks or whoever wants to win Representation Bingo by having the first male/male kiss in a Western cartoon, but the fact that they sacrificed Shiro’s entire character to do it means that you don’t get those points. We don’t want half-assed representation tacked on in an epilogue (never have an epilogue, did we learn nothing from Harry Potter?). We want solid, well-written, properly developed representation.

I defended season 7 from naysayers because I saw the importance of what they were doing – that strong, resilient Shiro got to be queer without having that be the focal point of his story. He was just a dude, doing what he loved, and oh yeah, he likes men. But for Voltron season 8 to end with Shiro marrying some side character who I don’t even think has a name, a character with whom he did not even converse, who was mostly in the background of bridge scenes, and who had maybe four lines total the entire season? For Shiro to have “found his happiness” and retired, when he was so, so happy to be a Paladin, to be the captain of the Atlas, to be out in space, exploring? This is a man who had a (presumably) happy relationship and gave it up to follow his dream. You cannot seriously expect me to believe that he would just quit and get married. He is the only character whose epilogue had nothing to do with his character or his dream. Just married. Not to mention, nothing angers me more in storytelling than relationships without development, and the idea that he wasn’t happy until he got married is ridiculous.

I was so happy that Shiro was the LGBTQ+ representation on the show. I’m ace, and for almost my entire life, I felt broken because I didn’t really understand it. I didn’t even realize I was ace until maybe three years ago. For Shiro – suffering from a debilatating illness, an amputee, likely dealing with PTSD – to keep fighting and surviving and being queer and single really resonated with me. It made me feel less broken, less empty because I didn’t have a relationship. But the Shiro in Voltron season 8 feels like a totally different Shiro. Some of his drive is gone, and he almost never gets to interact with any of 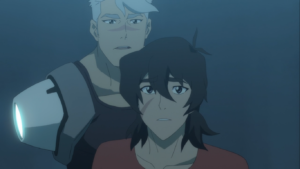 his friends. And honestly – the fact that Keith and Shiro almost never share the screen after everything they’ve gone through? Season 7 was bookended by Keith saving Shiro and they don’t even hang out together on their last night on Earth. I was honestly not expecting them to end up together because I never thought they would go there, but they lost of all of their closeness basically once it was revealed that Shiro was gay, which is a travesty. “The Black Paladins” and “A Little Adventure” both showed how important they were to each other, and that was suddenly just gone.

I don’t want this review to be entirely negative, because as I said earlier, I did enjoy this season until the finale, so here is a little list of things I liked: 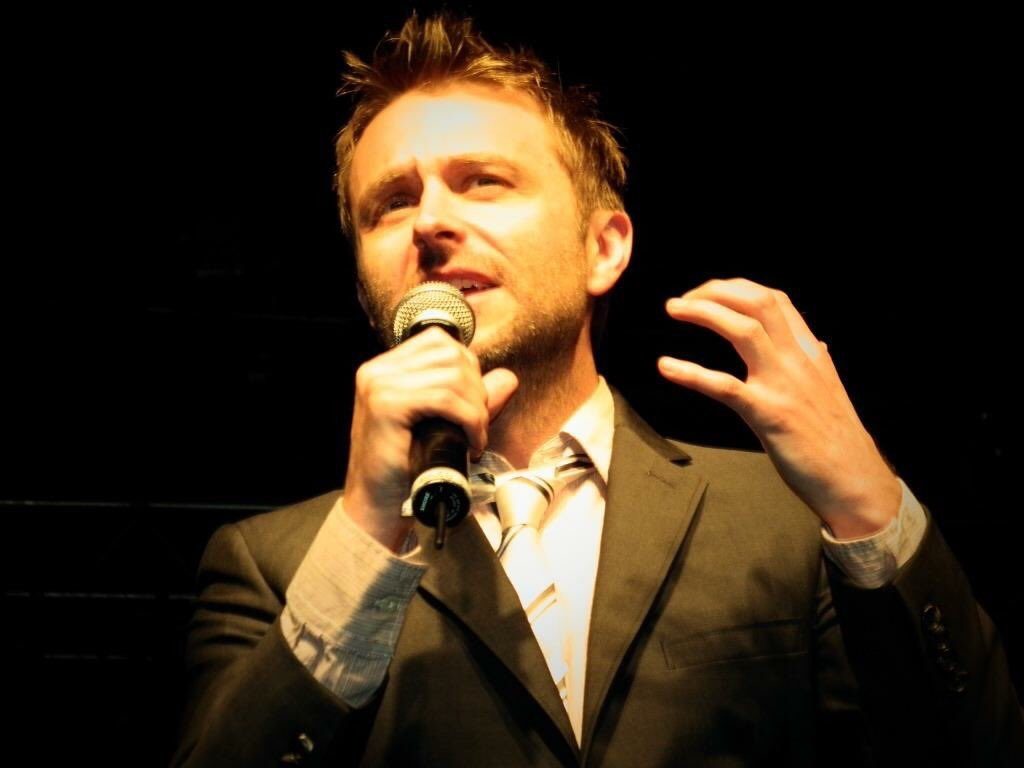 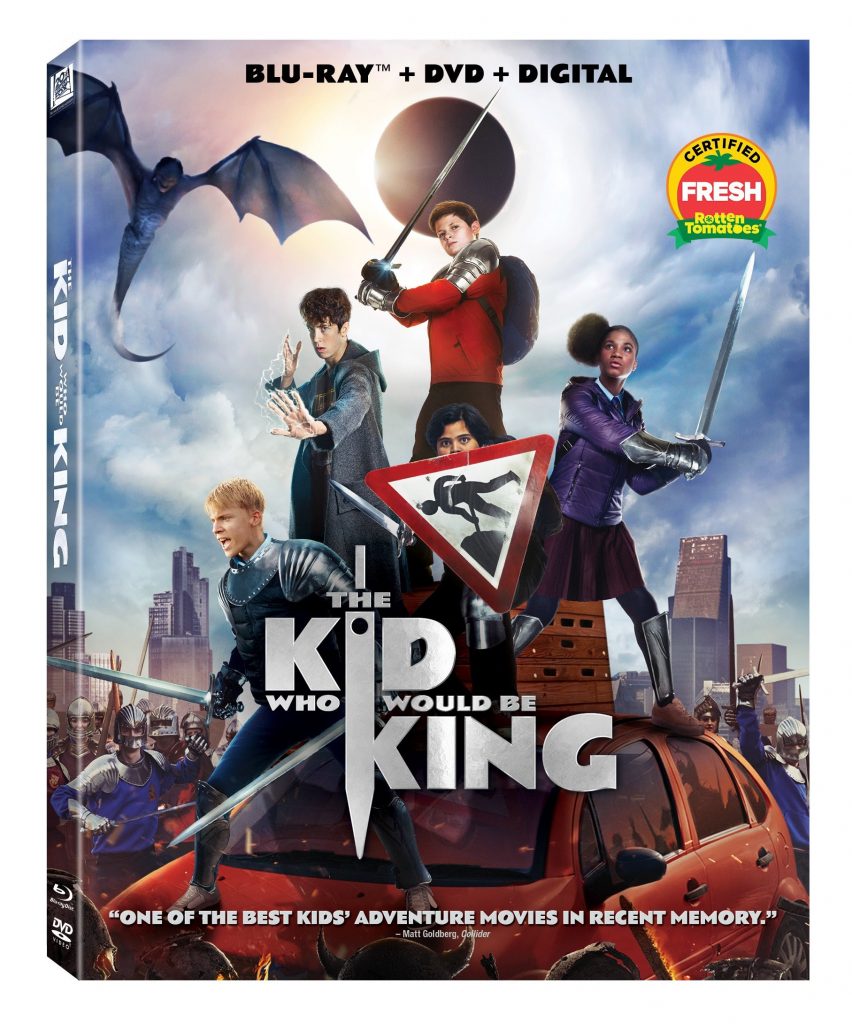 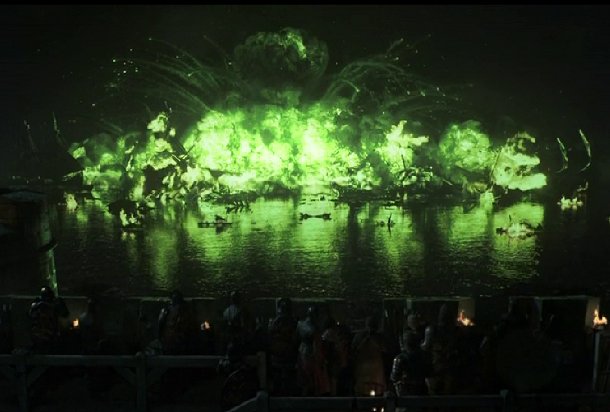