What Did I Just Watch?! Voltron Season 6 Review 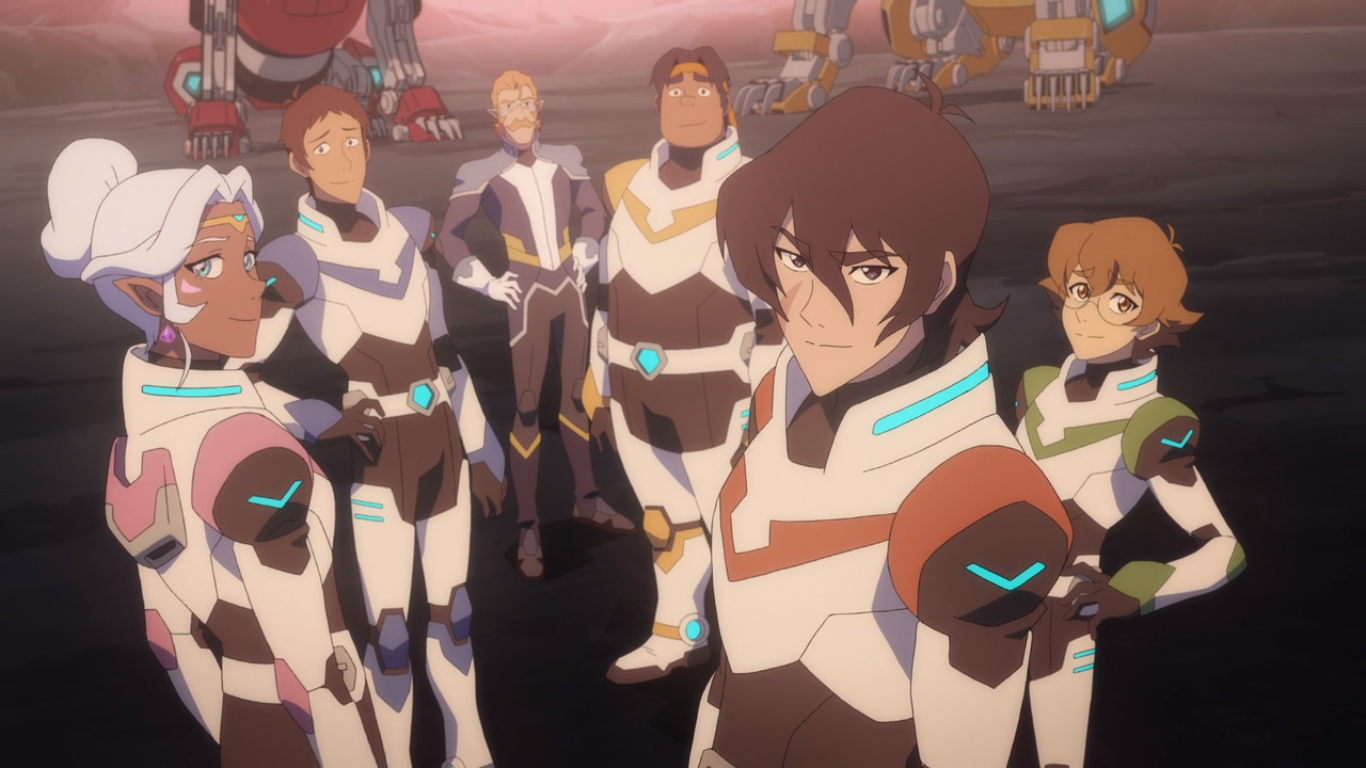 Wow, you guys! So much stuff happened in Voltron season 6 that it’s almost impossible for me to form coherent thoughts about it! So many questions answered, so many new questions raised. There are flashbacks and action scenes and betrayals galore, so let’s start unpacking everything that happened.

Amazingly, so many of the questions I had going into Voltron season 6 were actually answered in season 6. Not only did we learn Lotor’s true intentions, we also got to learn so much about Krolia – like how she ended up on Earth (crash landed while protecting the location of the Blue Lion) and how she met Keith’s dad (he saw her crash). Also, the shack Keith was living in after being booted out of the Garrison was the shack his family lived in until Krolia had to return and that just breaks my heart. And while we didn’t return to Earth, it looks like we’re headed there next season!

Probably the biggest thing to happen in Voltron season 6 is that we FINALLY learned what was going on with Shiro! Haggar took control of his mind completely and forced him to attack the other Paladins in order to free Lotor. In one of the most heartbreaking episodes I’ve ever seen of anything, Keith followed Shiro to some random planet where it turns out there was a literal army of Shiro clones. “The Black Paladins” killed me completely; to watch Keith fight the 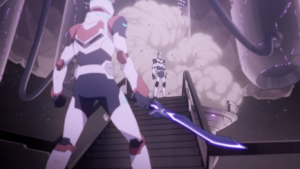 only person that he’s ever really counted on, and to be so willing to die alongside a Shiro he knew wasn’t even the real Shiro, it shows that he has matured a lot since season 1.

So it turns out that a lot of Shiro theories that I had were confirmed in this season. First, the most obvious, that I think many people agreed on, is that the Shiro who returned in season 3 was, in fact, a clone. I had no idea there were quite so many clones of Shiro (and none had his white floof, which makes you wonder when they started planning this), and that was devastating. The second is that Shiro was trapped on the spectral plane (in the consciousness of the Black Lion), as I speculated in my review of season 5. Luckily, they’ve returned Shiro’s spirit or whatever to the clone’s body using Allura’s Altean mind meld, so we seem to have the real Shiro back. Now the question remains, will Shiro have the clone’s memories?

I can’t talk about Keith enough, I think. I’ve been missing him so much since he left the team at the beginning of season 4, and he returned in a big way. And I can’t believe all that speculation about him being older actually turned out to be true! I’m so happy for him that he got to spend two years with his mother, making up for lost time, but damn, they sure do love to torture him. Being forced to fight Shiro, almost dying again, learning that Shiro actually 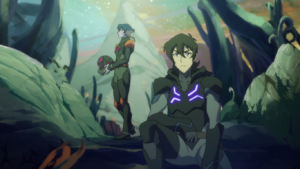 did die and was trapped inside the Black Lion… But all of that made Keith into a better leader. I assume he’ll resume piloting the Black Lion while Shiro recovers and adjusts both to the trauma of what happened and the loss of his arm (again), but I’m still hoping for Black Lion co-pilots. A girl can dream!

One of the greatest things about Voltron season 6 is how it managed to expand the universe but also be self-contained. This season was largely about dealing with internal problems on the team rather than – as I originally assumed – the much larger issue of the Galra civil war, which was only really addressed in “Omega Shield”. Lotor’s true motivations came to light, the truth about Shiro was discovered, and Keith returned to the team in a blaze of glory (with a couple of extra people in tow).

As excited as I was to see more of the politics of the Galra, I absolutely loved all the essential character development that happened for the Paladins. I feel like Hunk finally got something more substantial to do than just be in the background being awesome at science; taking an interest in Galra history and culture came in handy in “Omega Shield” when trying to assist some Galra. Lance showed some real growth and maturity by coming to terms with his feelings for Allura – Romelle is probably the first pretty alien that Lance has not tried to flirt with since the show started. And of course Keith just blasted through about two years’ worth of development. The Lions – and Voltron – continue to evolve as well, and I think that shows some nice parallels with how the characters are growing. Not to mention the sacrifice of the Castle of Lions – their home – in order to save the universe. (I’m not going to lie – I teared up during that sequence.) 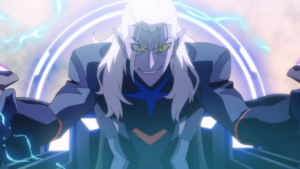 The revelation of Lotor’s true nature was so well done. From the beginning, we’ve been meant to be suspicious of Lotor. His sudden switch at the end of season 4 was supposed to make you think, make you wonder if he could be trusted. It was much of the focus of the marketing for season 5. Many might have been surprised by his betrayal of the team, but I’ve been expecting it since the beginning. I didn’t realize just how deep it went, though. His obsession with Altean culture, as well as with quintessence, and his gross manipulation of a people who were dependent on him for their very survival, goes way beyond evil. “The Colony” gave me some serious Dark Crystal vibes with the “selection” of the “prime candidates” for the “second colony”. As much as he was hurt and offended when Allura compared him to Zarkon, she was right. And as much as he refuses to admit that Haggar (is she Honerva again now?) is his mother, he is a lot like her. In the end, he was destroyed by his own ambition. (But, let’s face it, he’s probably not dead.)

Have you guys seen Voltron season 6? What are your theories? What little moments did you notice? What do you want to see in season 7?