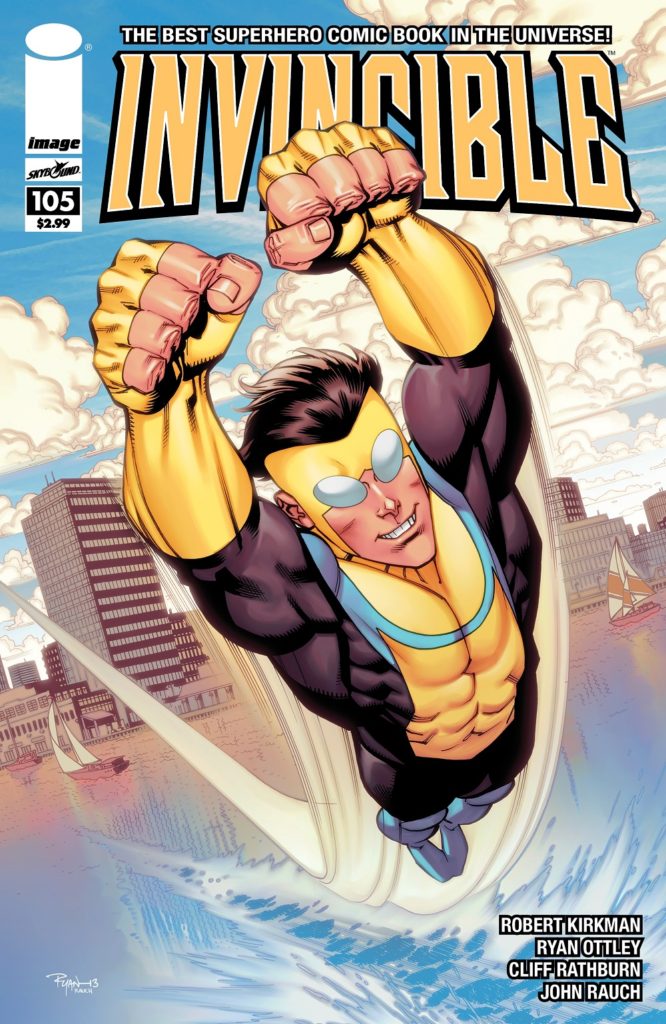 The upcoming Invincible animated series will have eight episodes. It will premiere globally on Amazon Prime Video. A release date hasn’t been announced yet.

“Robert has an uncanny talent to predict the zeitgeist, and we are incredibly excited to see him break boundaries in an animated one-hour format,” said Sharon Yguado, Head of Scripted Genre Programming, Amazon Studios. “In a world saturated with superhero fare, we trust Robert to subvert expectations while encapsulating a story filled with heart and adrenaline. We love his ambitious plan for the show and believe it will look like nothing else on television.”

Robert Kirkman commented, “I couldn’t be more proud of the series Cory Walker, Ryan Ottley and I did together for over 15 years. To know our characters will live on in multiple iterations in other media is almost too exciting to bear! What Amazon is allowing us to do in animated form is nothing short of ground-breaking, and I can’t wait for our rabid fan base to experience it!”

While I am familiar with the Skybound/Image Comics series by Robert Kirkman (The Walking Dead), I have not read Invincible. The series concluded after a 15-year long run in February this year.

Here’s the official synopsis to give you an idea about what it is about:

From Robert Kirkman and Cory Walker and based on the Skybound / Image comic of the same name, Invincible is an adult animated superhero show that revolves around Mark Grayson, a normal teenager except for the fact that his father is the most powerful superhero on the planet. Shortly after his seventeenth birthday, Mark begins to develop powers of his own and enters into his father’s tutelage. The series is suspenseful, action-filled, and emotion-packed, yet builds upon poignant and heartwarming moments of love, friendship, and humanity.

There is also a feature film adaptation in the works in conjunction with Universal Pictures. Seth Rogen and Evan Goldberg will write, direct and produce.

Are you looking forward to the animated adaptation of Invincible? Let us know.

Previous:What Did I Just Watch?! Voltron Season 6 Review
Next: X-Men Gold Issue 30 Shows the Marriage of Rogue and Gambit