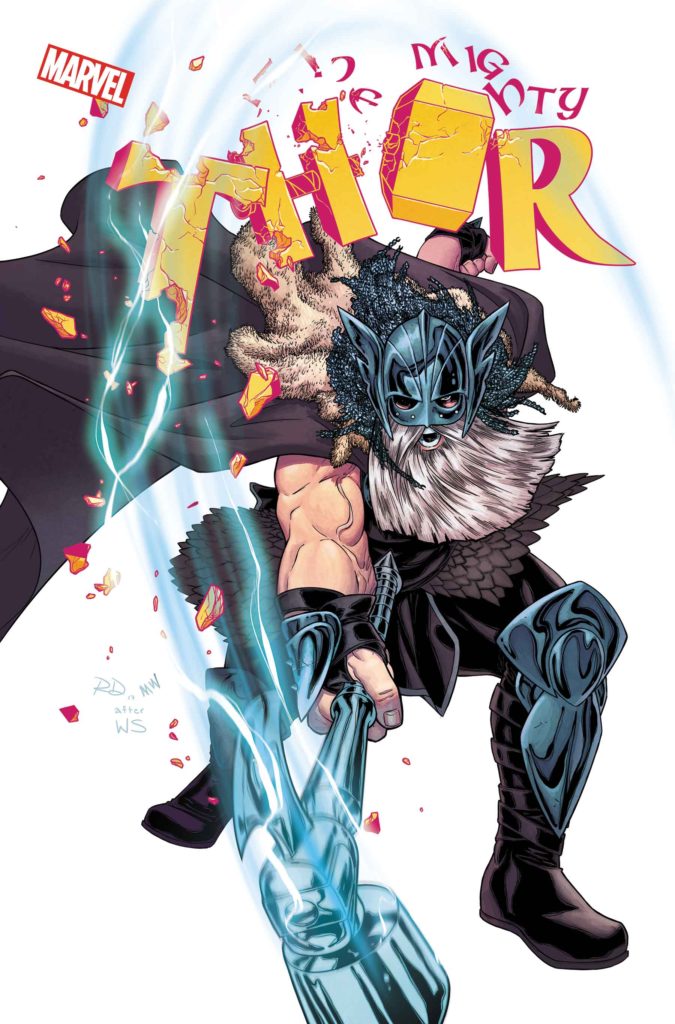 The current Marvel Comic Universe now has three Thors because why not? Say hello to War Thor.

This post contains spoilers for The Unworthy Thor Issue 5. You’ve been mortal!

The final pages of this week’s The Unworthy Thor showed a male character picking up the hammer that once belonged to Ultimate Thor. The new and third wielder of the hammer is named War Thor. It kind of rhymes, right?

The Unworthy Thor Issue 5 also revealed a secret some fans have been waiting for since 2014’s Original Sin event. We finally got to know what Nick Fury said that made Thor unworthy and thus, his hammer went to Jane Foster. To keep it simple, the secret had to deal with all of the Gods being unworthy and bringing about the destruction of mankind in the near future.

The current The Unworthy Thor series focused a lot on Odinson trying to escape from The Collector. His main goal was to gain the hammer that belonged to Ultimate Thor. I have no idea how the hammer survived after the multiverse was destroyed in Secret Wars but oh well. However, when it was finally time for Odinson to take up the hammer, he decided not to and allow it to be picked up by someone worthier.

We don’t know who the new wielder is going to be, but he does call himself War Thor. He also says something about others being worthier than him but he picks the hammer because “the realms need a new kind of Thor. A different breed of Thor.” One who understands what’s truly meant by being gender fluid! Yes, I added that last bit. 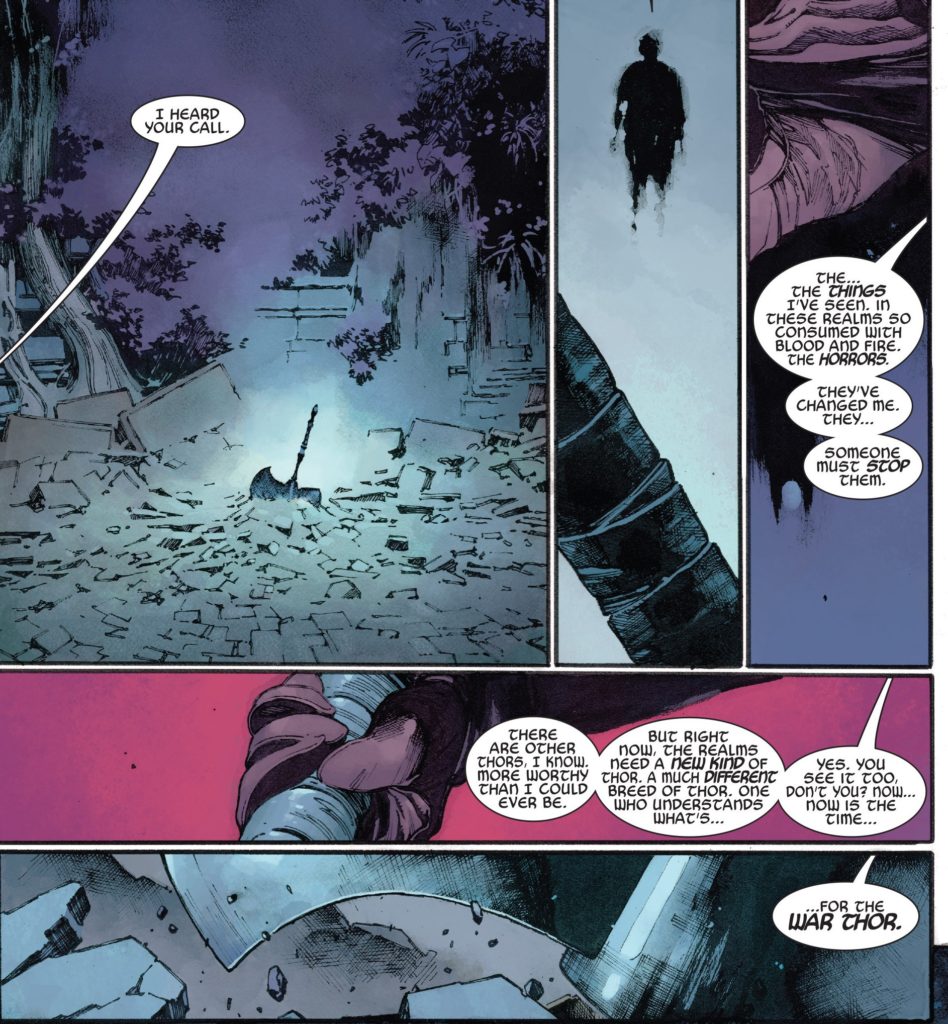 If you take a look at Marvel’s solicitations for June 2017 you’ll see that War Thor will appear in Mighty Thor Issue 20. Let’s see if writer Jason Aaron makes fans wait another couple of years before revealing War Thor’s true identity.

Did you read The Unworthy Thor Issue 5? Who do you think becomes War Thor? Let us know.