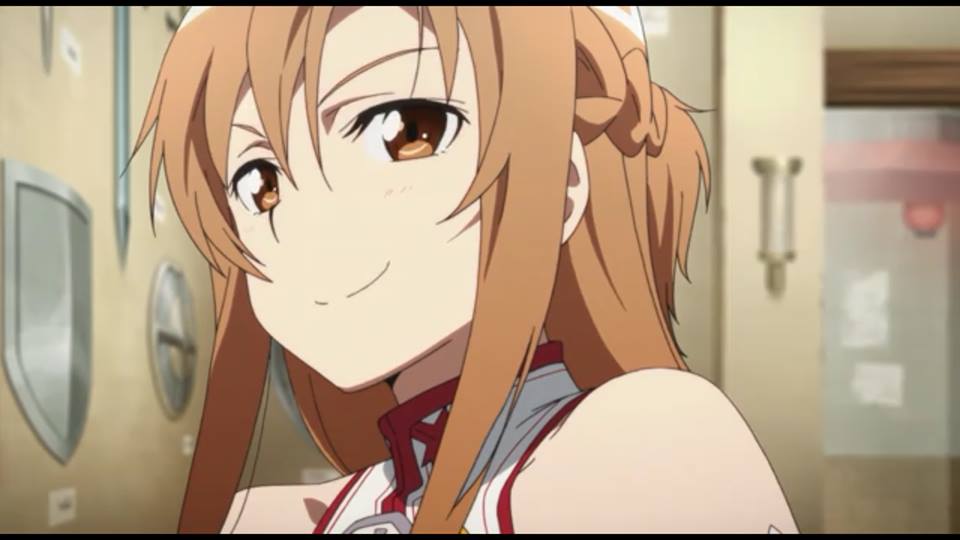 The portrayal of women in anime is a complex issue revolving around concepts of gender identity, sexuality, and culture. Some shows have female characters that are hyper-sexualized, while in others, they are portrayed as small and childish. Realism in physical features is rarely a priority in anime, but realism in characteristics and personality can take any show from good to amazing. Female characters that are strong and sassy while maintaining a sweet overall demeanor exhibit a complexity of personality that is not only realistic, but also quite endearing. Sword Art Online (SAO) Season two is in progress, and the female characters that enter your heart may never be able to log out.

Asuna, the main female character, is small in figure, but has a well- developed and complex personality. It’s true that she is beautiful, with long hair that is always unrealistically kept. However, the emphasis is not just on her beauty, but on who she is. Though shy at first in Season One, Asuna grows in strength, charisma, and leadership to become the second in command of the Knights of the Blood Oath in the VRMMORPG game Sword Art Online. 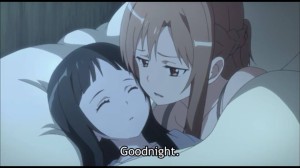 When she takes a break from fighting on the front lines to spend more time with Kirito, her personality is developed by the adding of familial relationships. Already a proven warrior, she becomes a wife to Kirito and mother to an estranged NPC, mixing strength with sweet sympathy in an endearing way.
Her relationship with Kirito is beautifully defiant of traditional gender roles. Asuna is smart, sassy, outgoing, and commanding, while Kirito is strategic, but quieter and accommodating of Asuna. This does not mean that Kirito is weak or passive! They both exhibit strength, kindness, determination, selflessness, and wisdom. They have similar qualities, but balance each other out in personality dynamics. When Kirito battles Heathcliff, the final boss of the game, Asuna throws herself in front of Kirito, selflessly taking Heathcliff’s blade and giving Kirito the time and ability to defeat Heathcliff swiftly. Throughout the series, they work together and protect each other continually.
In ALfheim Online (ALO), in the second story arc, Asuna was brought directly from SAO to a cage in ALO. Her captor is her fiancé Nobuyuki, chosen by her parents in the real world. He keeps her captive inside the game so he can marry her in the real world without her protesting. While Kirito loves Asuna for who she is, Nobuyuki only wants her because of her physical beauty. After such a powerful presence in the first arc, she is mostly powerless, and it affects her mentally. Asuna does make one clever attempt to escape, but is discovered and brought back to her cage.
While she may not be battling bosses in this story arc, she endures the mental and emotional battle of being imprisoned, still unable to return to the real world. Nobuyuki makes less-than-subtle advances on her, and she cannot escape. Kirito makes his way through ALO to save Asuna, but is met by her captor shortly after reuniting with her. Oberon, the in-game avatar of Nobuyuki, pins Kirito down with gravity magic, hangs Asuna by her wrists in chains, and begins to undress her, his intentions clear. Asuna, unable to free herself or stop Nobuyuki, focuses on Kirito and how much she cares for him. Kirito finds a way to overcome Nobuyuki and frees Asuna, who can finally wake up in the real world.
Due to the mental and emotional stress of being held captive and molested in this story arc, Asuna is slightly subdued. However, she becomes stronger from the experience, and her connection with Kirito continues to grow in-game as well as in reality. They trust and protect each other, being equals in the relationship.
In Season Two, Asuna seems to be recovered from her incident with Nobuyuki. She meets with Kirigaya Kazuto (Kirito’s real name) and they talk and reminisce about SAO. We see her sassiness again as she pulls him along and tells him what to do. She does it in such a sweet and causal way, that Kazuto just goes along with it, quietly admiring her. 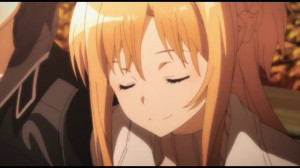 Asuna is comfortable and affectionate around Kazuto, and wants to stay by his side forever. She also encourages him to find a way for them to be with Yui (their adopted daughter from SAO) more often, since Kazuto wants to find a way to make virtual realities compatible with reality. Her desire for a comfortable, safe future shows not only her eagerness for Kazuto’s safety, but also the mixed feelings she may still harbor regarding the safety of the different gaming worlds that have been created. Her personal experiences have made her wary and careful.
Asuna reluctantly accepts that Kazuto is going into a potentially dangerous new game, Gun Gale Online (GGO). He assures her he’ll be back after he does some research on a mysterious character that has been the center of some rumors lately. Asuna’s protective instinct over Kazuto means that any time he’s in danger, she won’t be far away. I hope this season continues to show the positive influence she has in his life, and gives her the chance to have a powerful presence again.
We’ve seen Asuna as a warrior, wife, mother, protector, prisoner, and victim. She is far more than the sum of her parts, displaying a depth of personality that is refreshing in an anime. As a dynamic character, she changes and grows with each new experience, learning and adapting in a realistic way. The more complex she becomes, the dearer she grows to our hearts.
What’s your favorite Asuna moment in SAO? Tell us in the comments!

3 thoughts on “Women of SAO: Strong, Sassy, and Sweet”